Aldo returned to Abruzzo to personally select the rare white truffle, so highly prized it is known as the king of the culinary world. The edible buried treasure was discovered by professional truffle hunters in the national park of the Abruzzo region using specially trained dogs.

Commenting on the prized truffle, Aldo Zilli said: “Many have tried to describe the aroma and taste of the white truffle – the Romans believed it was an aphrodisiac. Maybe it is, it’s intense and earthy and the smell of it can fill a room, but you have to experience it yourself as there’s nothing like it.” 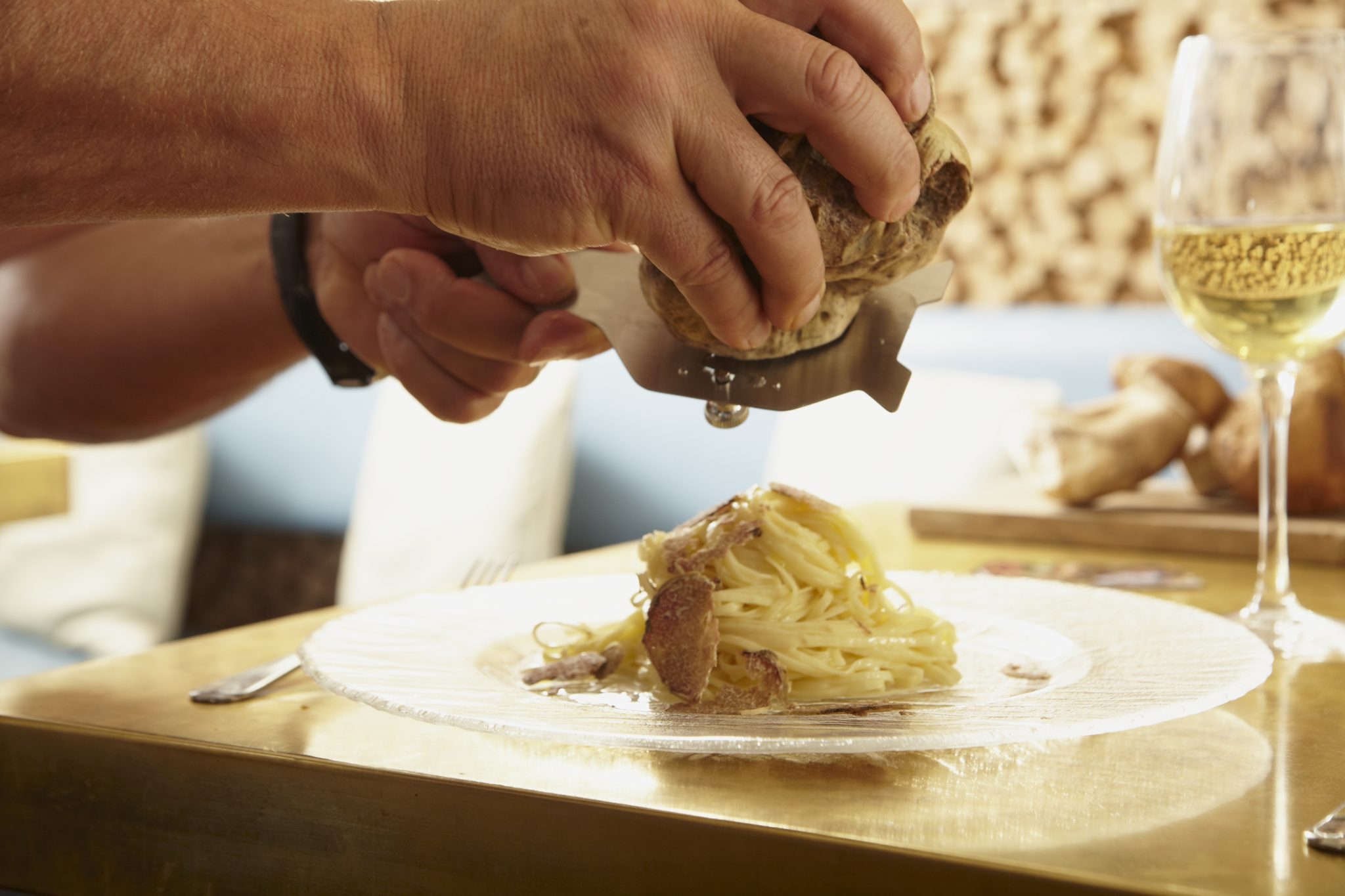 Fetching up to £4000 a kilo, the white fungi are prized for their aromatic qualities and unique taste, growing deep in the soil under trees. They can only be harvested around two months a year.

Aldo handed over the delicacy as a welcome gesture, to old friend Carmine Sacco of San Carlo in Birmingham. Lucky diners at the popular Temple Street restaurant will be able to try the world’s most expensive food for themselves. The following white truffle menu is available for two weeks… or until it’s all been eaten!

Open seven days a week, 365 days a year from noon until late, San Carlo offers diners the true taste of Italy. The menu features only original and signature Italian dishes; everything is made on the premises using only the best ingredients, many of which are flown in from produce markets across Italy.