How’s it going? Did you watch Bake Off last night? Wasn’t it just splendid? Commiserations to Alvin, who put up a valiant fight. I’m Team Tamal, who do you think will stay the distance? Highlights of the show included more animated face-pulling from the team (it should be entitled Great British Gurn Off) and Paul (the baker’s) Christmas Frangipane Tart.

Speaking of frangipanes, and being glued to pastry week, I just had to hop on to let you know how I got on with two new recipes I trialled last night. They were from Lisa Faulkner’s Tea & Cake, which I picked up from the Book People at Bolton Food Festival. 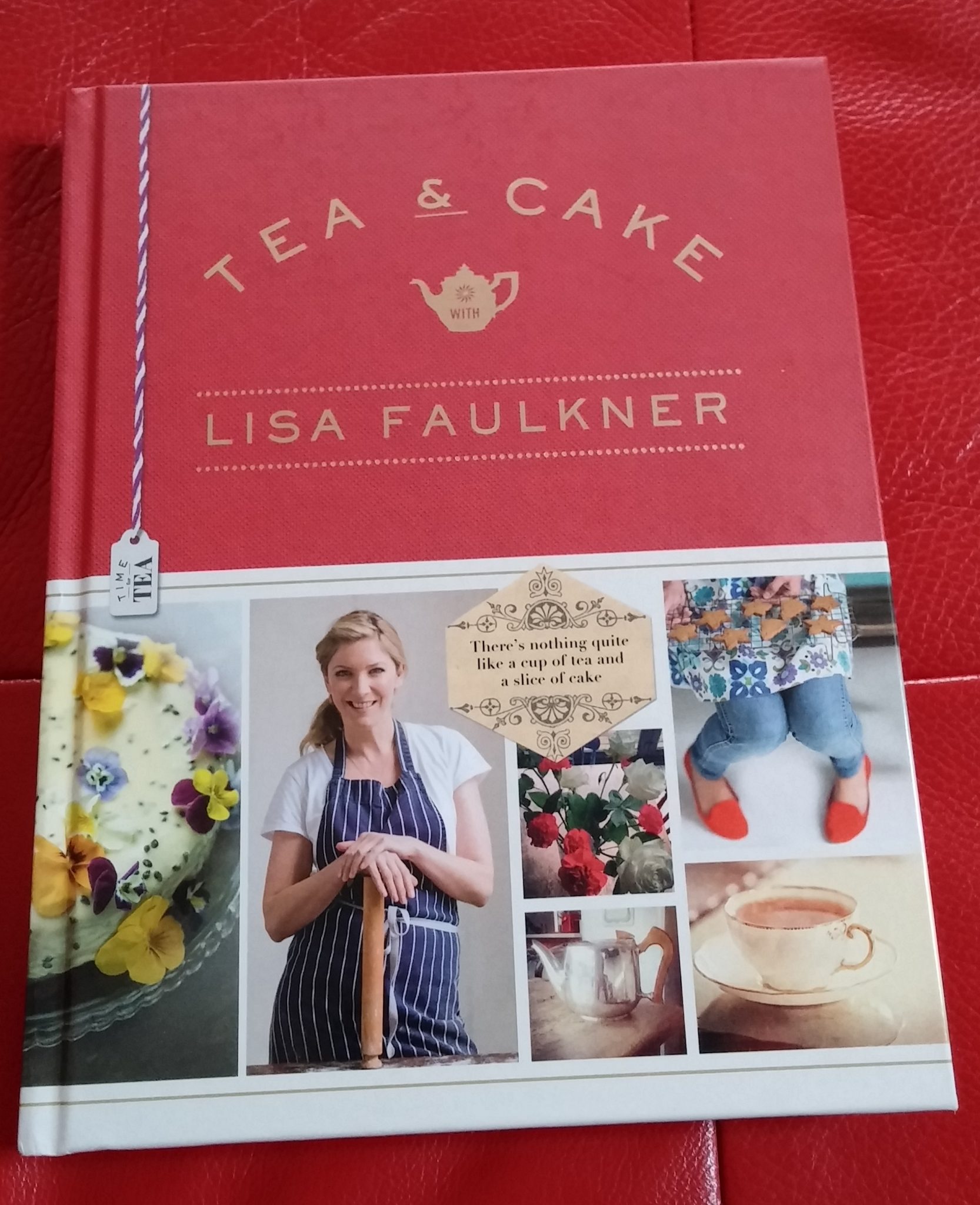 I have never baked a Bakewell Tart before, so I was rather excited by my first foray into eponymous Derbyshire cooking. The short-crust pastry was simple to make and tasty too. Historically, I don’t have patience with the whole chilling, then rolling, then chilling then baking scene. But, I think it would quite nice (not to mention cool) to be a pastry connoisseur, and practice makes perfect. 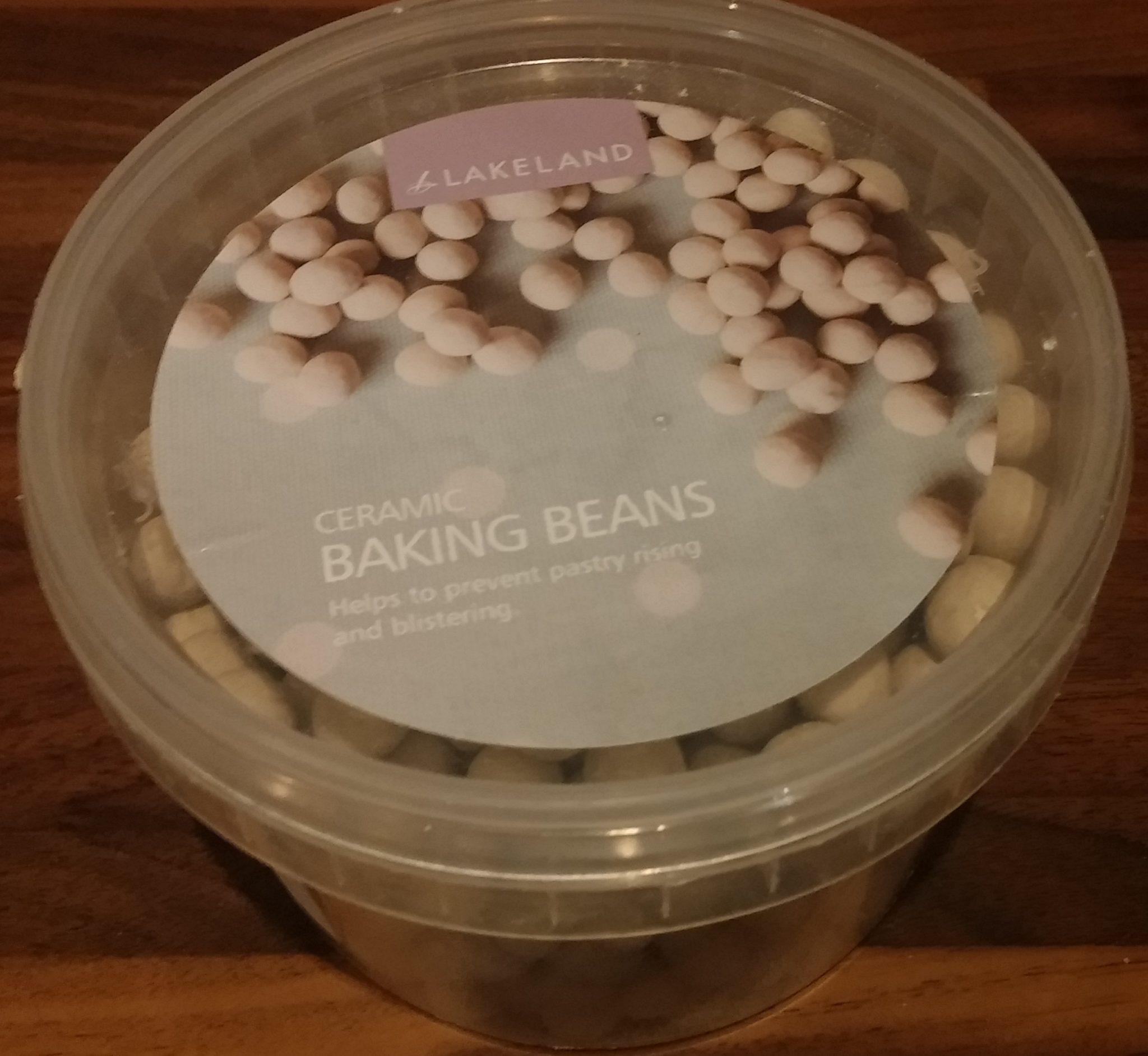 I have never blind baked anything either, so it was with gusto that I rifled through my pantry and came up triumphant with these baking bean beauties from Lakeland. These are ceramic and totally cool to play with. Within the hour, I had a lovely crisp shell, which I couldn’t stop gawking at because it was so perfect.

I liberally slathered on lashings of raspberry conserve. Now, I have shopped at Sainsburys’ all my life, until I saw the error of my ways about 6 months ago when The Dude introduced me to Lidl. They have excellent produce for half the cost. I also shop at Costco too, to keep the costs really low. I think both these stores are a boon for bakers; if you’re not frequenting them and you bake on a regular basis, I plead with you to check them out. These are just a few ingredients that didn’t break the bank and are just as delicious (if not more so) than Sainsburys’ branded goods. 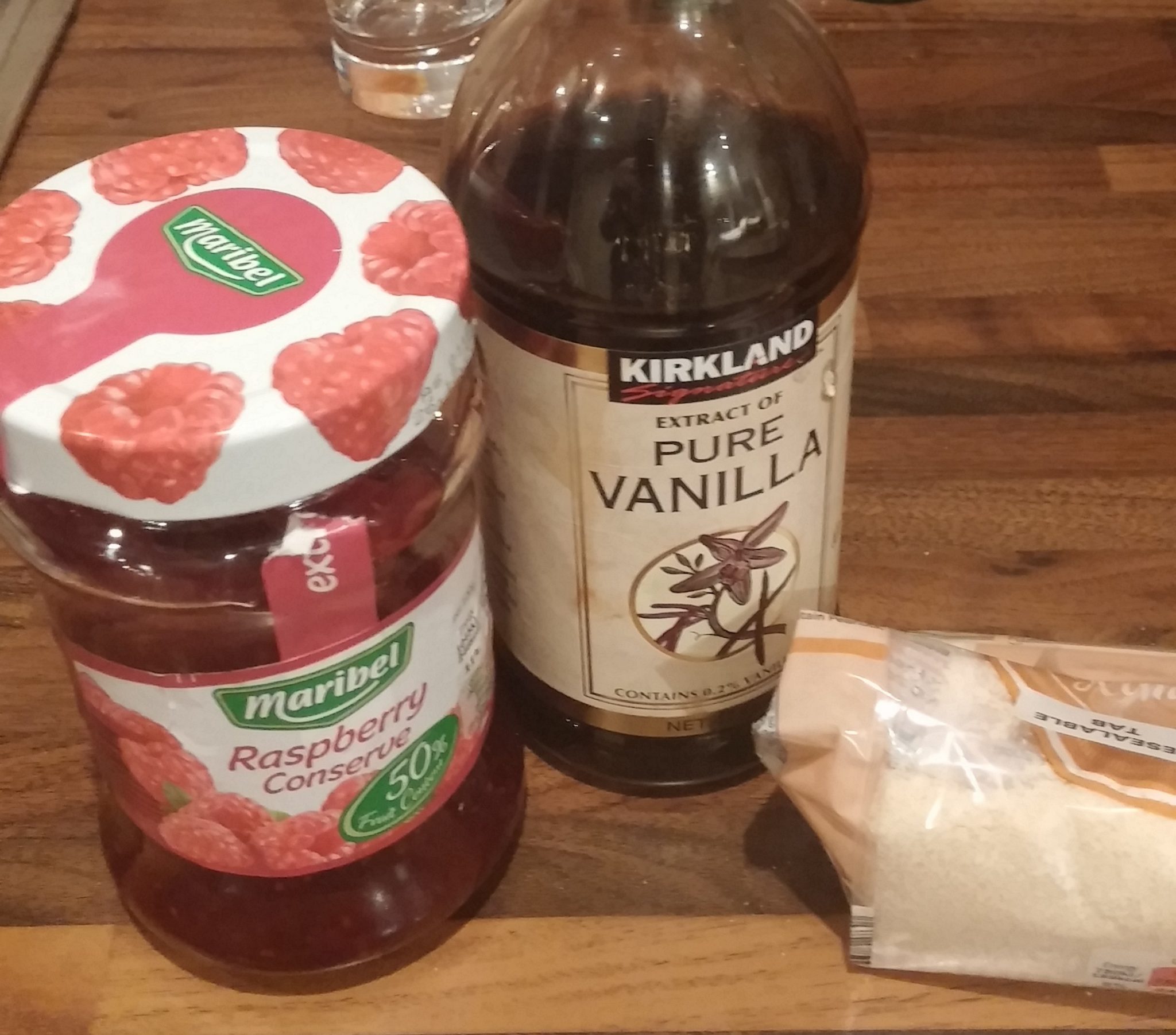 The frangipane batter was delicious. It took minutes to whip up (god I love my handheld whisk). I had a little left over and baked these in “splodges” the size of say, two golf balls. They cooked within 10 minutes and were very tasty. 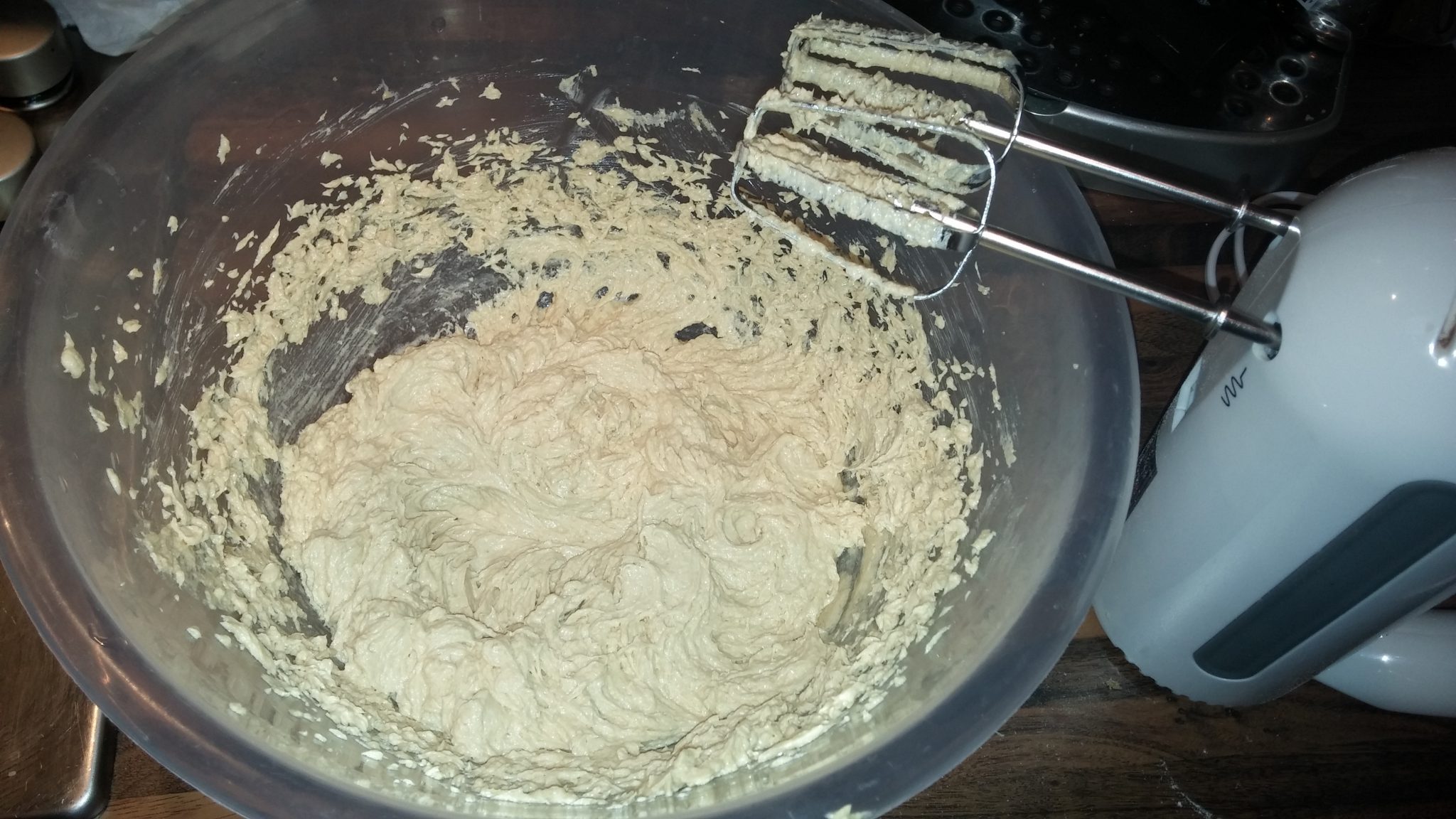 Because I substituted 50g of caster sugar for light brown sugar, the end result was a gorgeous butterscotch flavoured batter. This caramel frangipane batter was really gorgeous and indulgent, which got me thinking about adapting it for Christmas. I’m working on the recipe at the moment for this. I think it’ll go great with a liberal pinch of nutmeg and cinnamon, for a luxurious Christmas bite with a twist (great for those who don’t like mince-meat). Here are a few slices of my Bakewell Tart. I’m pretty proud, considering it’s my first attempt. Also my sneaky finger has photobombed the image, just so you can get an idea of the size of the slices. 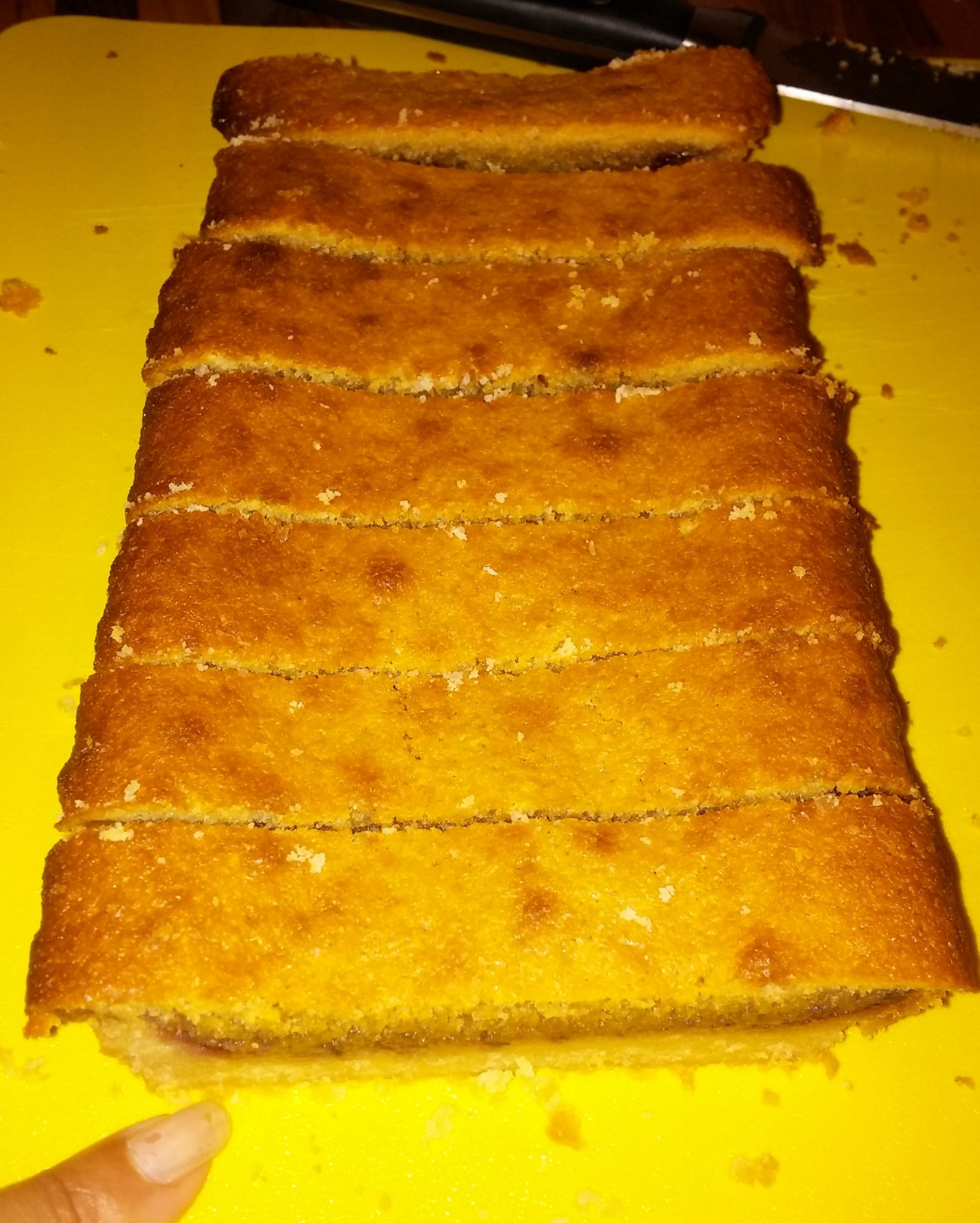 I also baked the yogurt cake recipe from Lisa’s book. The batter was really thick and I was close to slackening it with milk, but didn’t. This one in my opinion wasn’t a success; the sponge was really dense and it was lacking in flavour. I used self-raising flour (I think the recipe called for plain flour but I got a little confused as it wasn’t stated clearly in the book). Still, with self-raising flour, I was expecting more of a lift – not so. I don’t get deterred when a bake doesn’t go to plan. I just dust myself off (no pun intended) and start again. I think it’s because baking makes me happy, so I don’t mind experimenting in the kitchen.

Something else that I totally love, is my new Super Dry hoodie. I’d sleep in it if I could. I’ve never bought anything from Super Dry and now I’m wondering what took me so long. It’s a beautiful orange ombre style and it’s snuggly soft, perfect for those chilly autumnal mornings. I’m lucky in that I can pretty much wear what I want to work, thanks to a cool boss, so this Super Dry hoodie has been my close companion of late. I can barely contain my happiness at wearing this gorgeous hoodie (the giant chicken next to me has nothing to do with my smile). 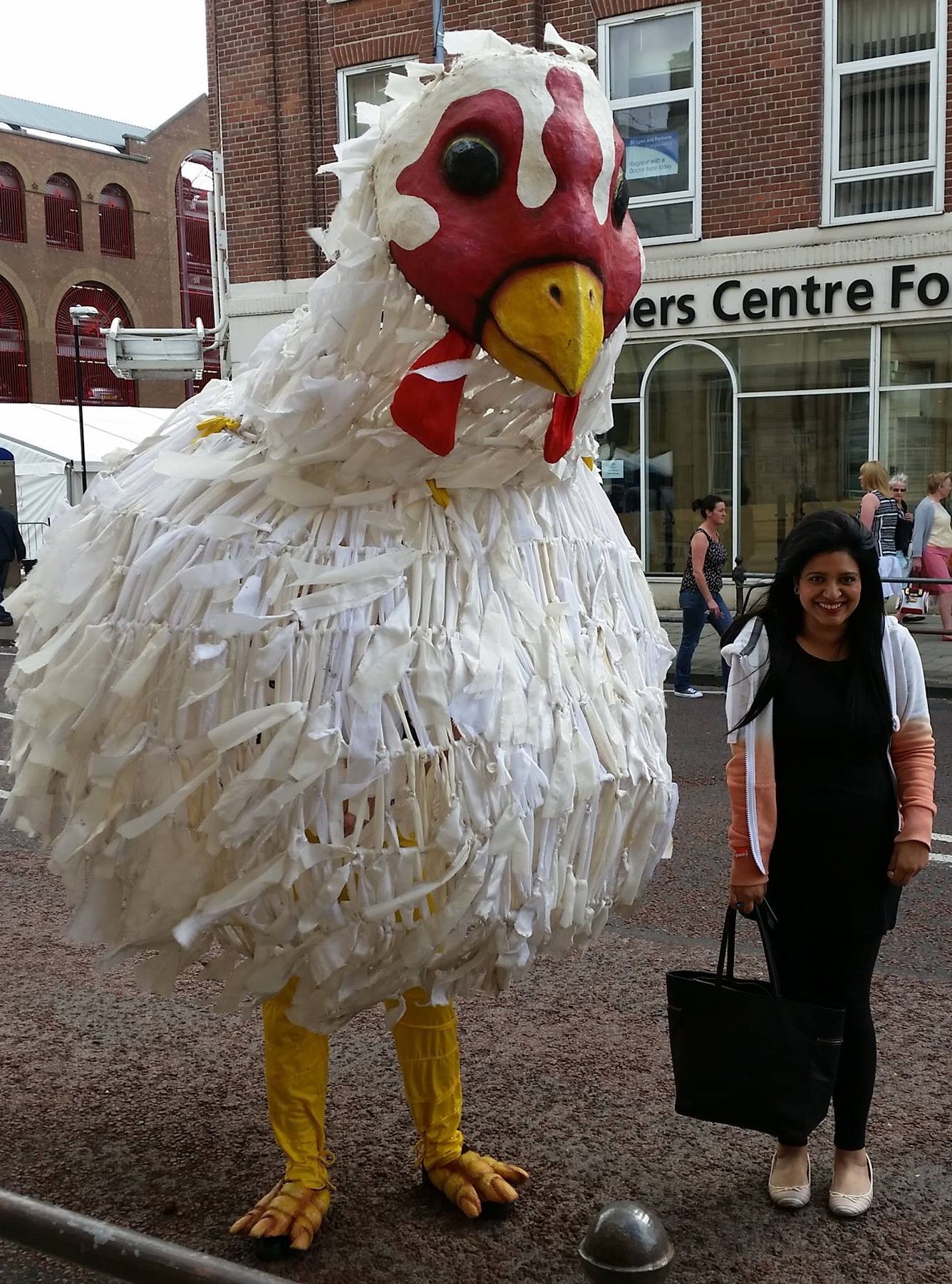 Must dash, see you on the other side.
RAxxx