Hi all, how are you on this crisp Thursday morning? It’s been a busy week so far. I caught up with some dear friends from university, earlier this week whom I haven’t seen for over 15 years. It’s amazing how time melts away and you can all slot back into your younger selves (age is simply a state of mind). Like seriously. 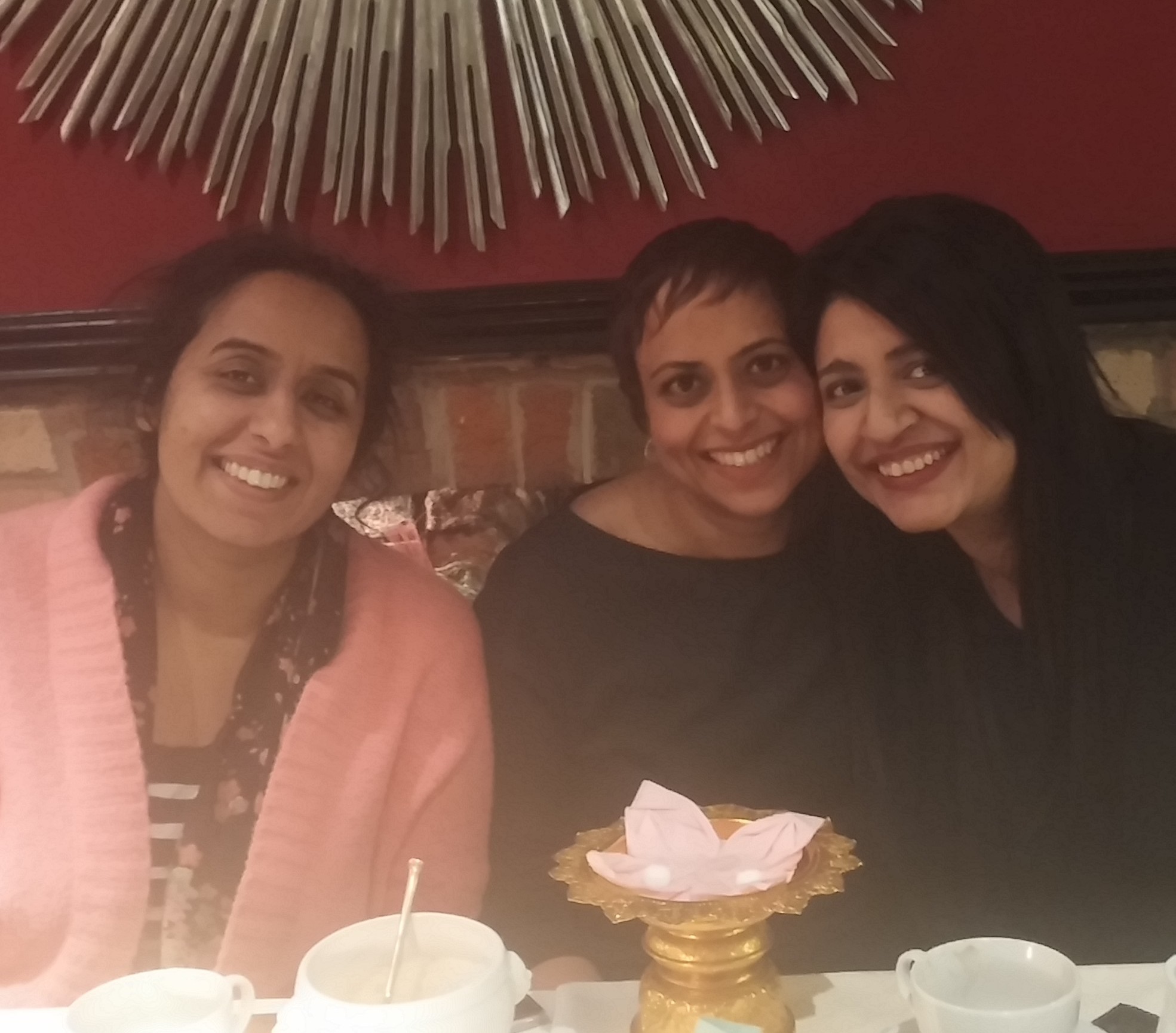 I had some great news yesterday morning. I found out that my work (an excerpt from my latest novel and a satirical swipe on the publishing industry titled “A Hundred Hints of Hotness”) was chosen to be showcased at The Octagon Theatre in Bolton. It’s such a terrific writing enterprise headed up by Elizabeth Newman (Artistic Director) who encourages new writing. The performance will be on Saturday 7th November in the main auditorium of the theatre and I look forward to seeing fellow writers there. It’s always a thrill seeing what was originally in your head, being translated onto stage.

It was also the Derby BookCake Club meeting yesterday (we meet every third Wednesday in the local pub), which is always a real treat. I baked madeleines, (more of that recipe in a standalone post), whilst other cakey offerings included luxurious white chocolate and passion-fruit cake, a variety of scrummy iced fairy cakes and Turkish Delight. 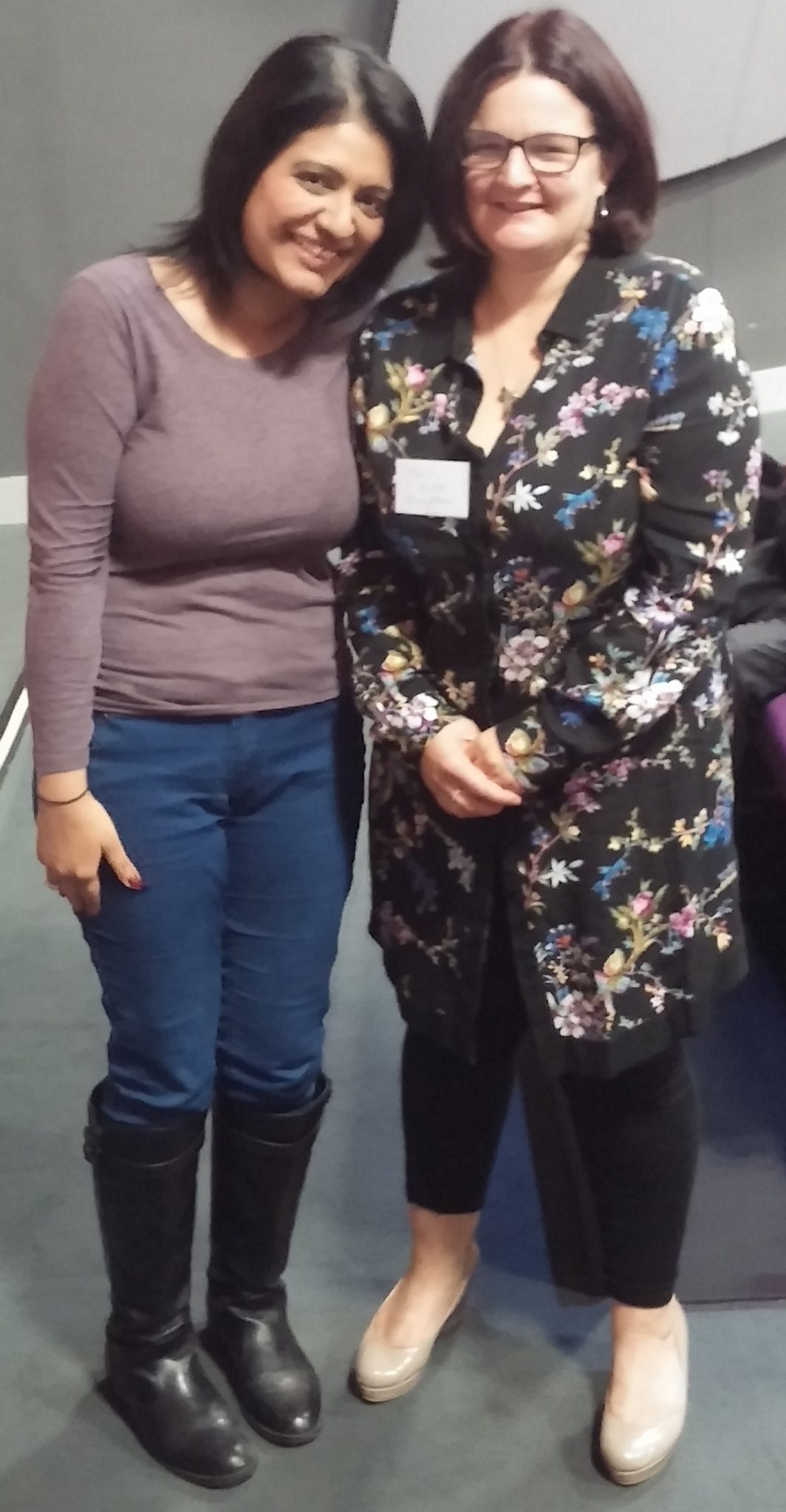 I attended Derby Writers’ Day on Saturday, which was brilliant, because I got to meet one of my favourite authors, Tracy Bloom. It was a jam-packed day and the event schedule had some very interesting sessions. Held at The Derby Quad and organised by the lean, mean publishing machine and tutor extraordinaire Alex Davis, it is the first Derby Writers’ Day of its kind. And what an absolute treat it was.

The first session on self-publishing was a real eye opener and inspirational to hear a traditionally published author go down the self-publishing route. Tracy was agented to begin with, and found her self-publishing journey liberating as she had full authorial / marketing control. This is what I found empowering too. After months trying to find an agent for Screaming Snowflakes, I started researching the self-publication route. After deciding to go with Amazon Kindle, my manuscript was picked up by a small publishing house in London. After a solid week of soul-searching (I’ve always wanted to say I’ve got an agent), I decided to fly solo and pursued the self-pub route. And I haven’t looked back so I can totally empathise with Tracy why she did what she had to do. 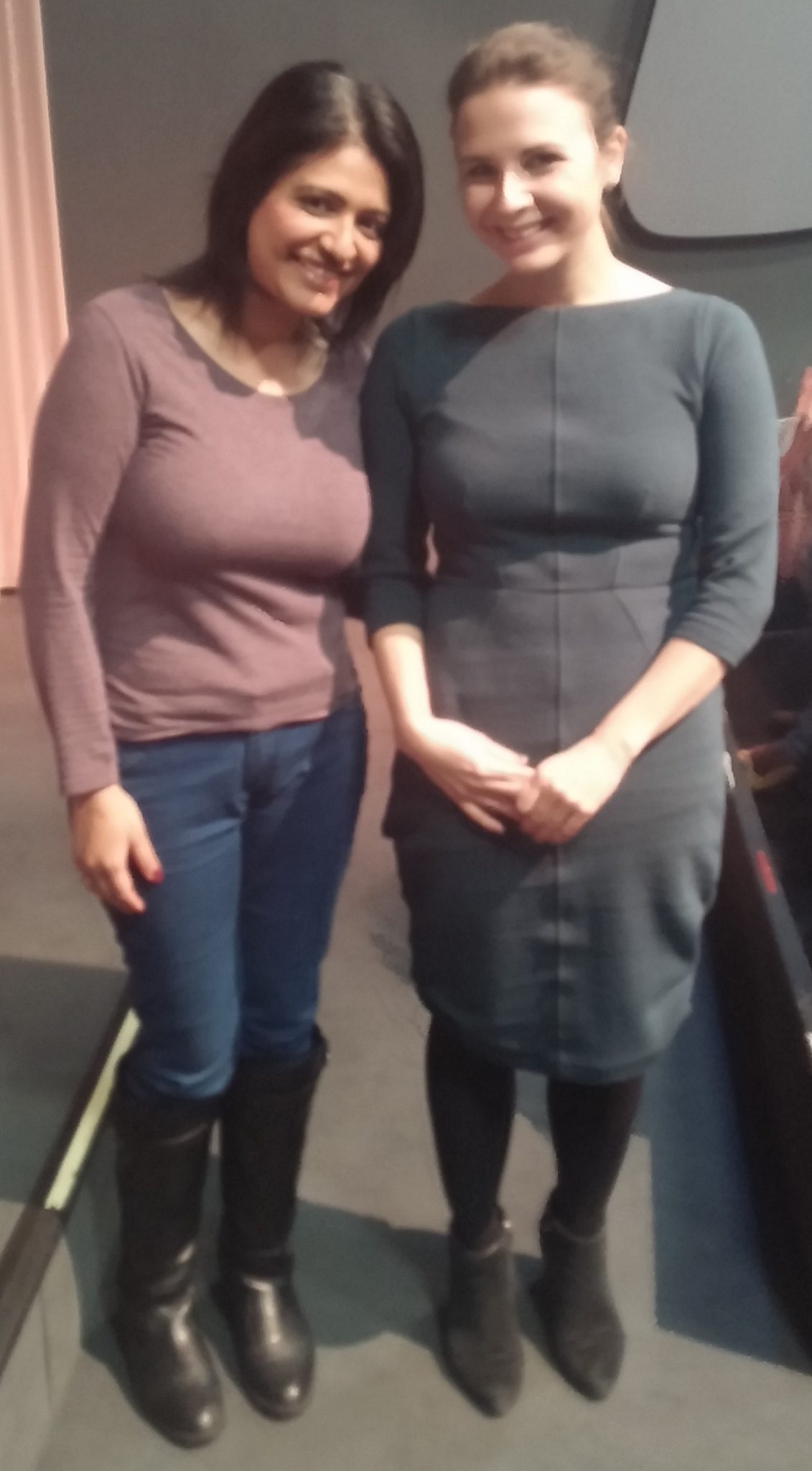 The second session on author promotion was really informative. Not only is Julia Murday a PR (and highly photogenic) whizz, but also she knows off the bat what would, or wouldn’t work on a marketing campaign. Key takeaway points from this slot were to be marketable, play nice and don’t be afraid to put your work and your personality out there.

The third session gave me a real insight into the workings of a fellow writer. Like many authors (including yours truly), Alison juggles another job with her writing. It’s all about discipline and being super organised, and accepting that salary will spike at certain times of the year (some publishers pay royalties twice a year).

We broke for lunch and I had a lovely chicken burger from The Quad Café (review on that coming in a standalone post very soon). I also met some very cool fellow writers (Tom and Adam, I’m looking at you). I’m hoping to catch up with them soon, as it’s rare that you meet creative people that you automatically click with within seconds of meeting. The goodie bag was cool too, and constituted lovely weekend reading. 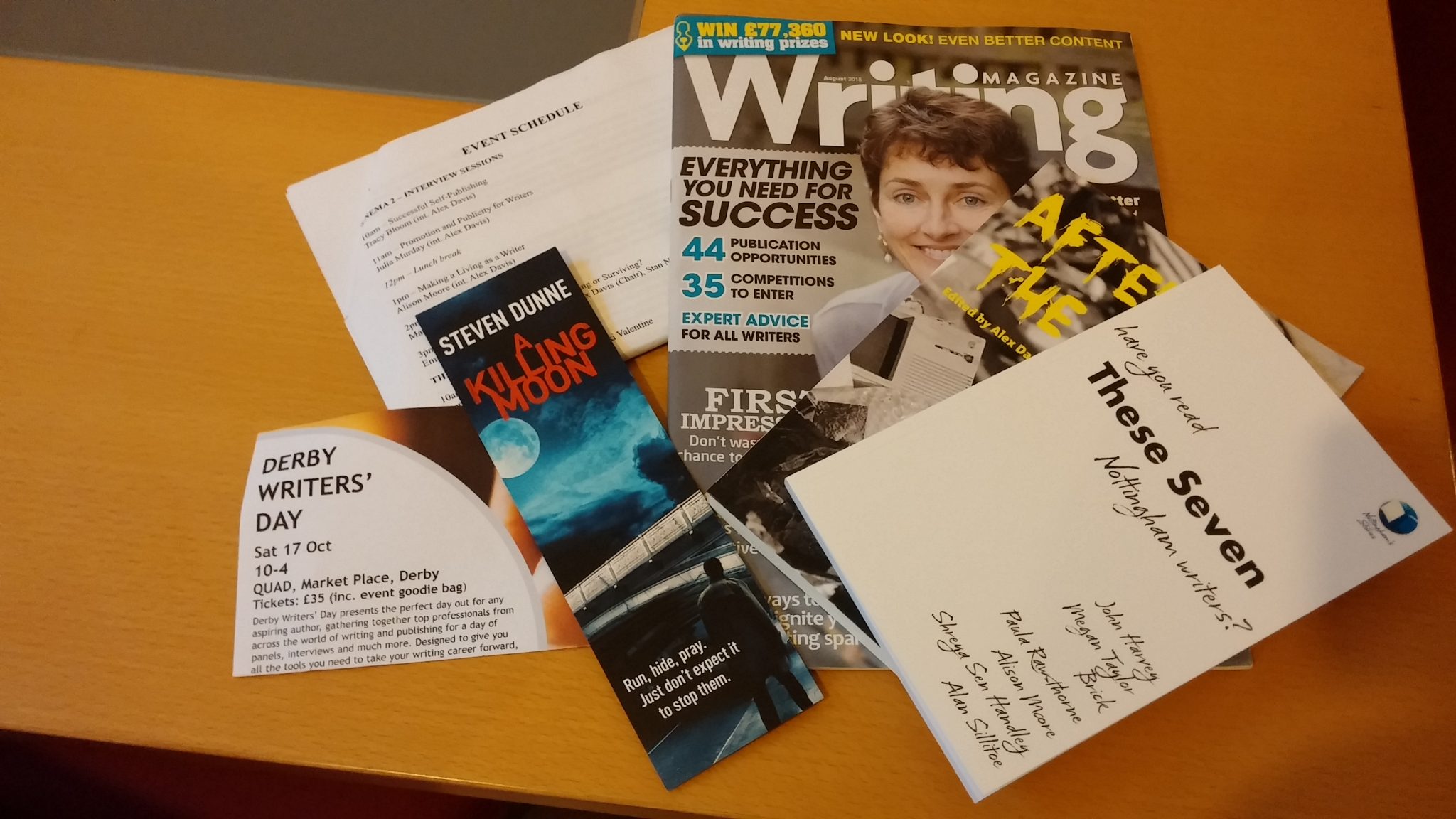 The fourth session with Mark Chadbourn was perfect for me, as I’m currently adapting Screaming Snowflakes (Book 1) into a screenplay. Tips given by Mark about adapting a novel for film were incisive. In short, be prepared to kill your darlings. Reading a novel out loud doesn’t translate very well for screen (be it film or TV), so rewrite, rewrite and rewrite again till the cows come home. The main focus was about writing for TV and theatre, which Mark has bucket-loads of experience in. Mark recommended writers check out BBC Writers’ Room, as they usually have calls for new writing. 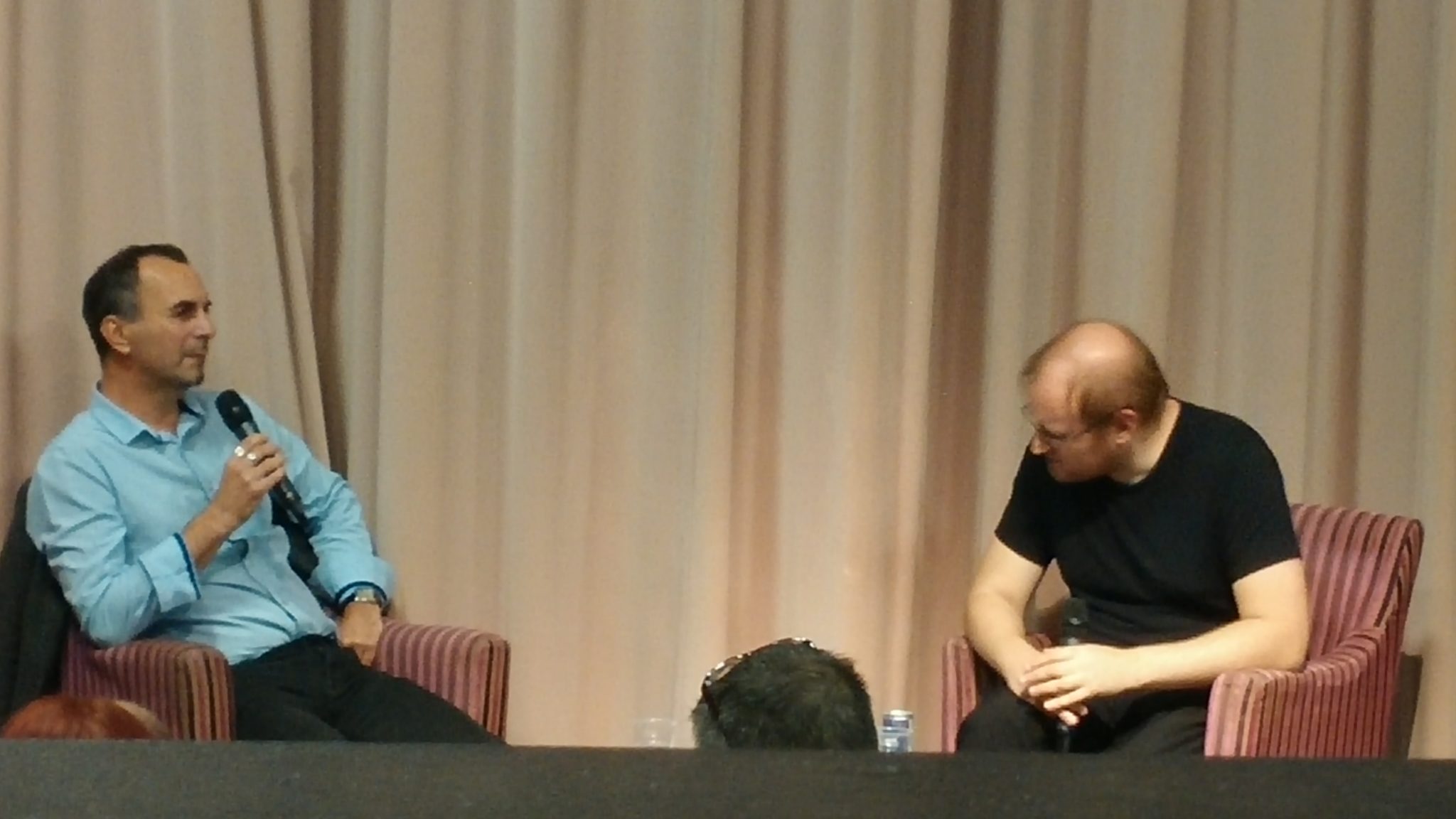 The keynote panel was great fun, where writers discussed the state of the publishing industry and how it’s changed over the past 20 years. With solid input from all, my favourite had to be Stan Nicholls, whose acerbic wit won the whole audience over within minutes. For me, this was probably the most realistic session of the day, because authors spoke boldly about salary, publishers and how Amazon continues to be a big player in the publishing industry. 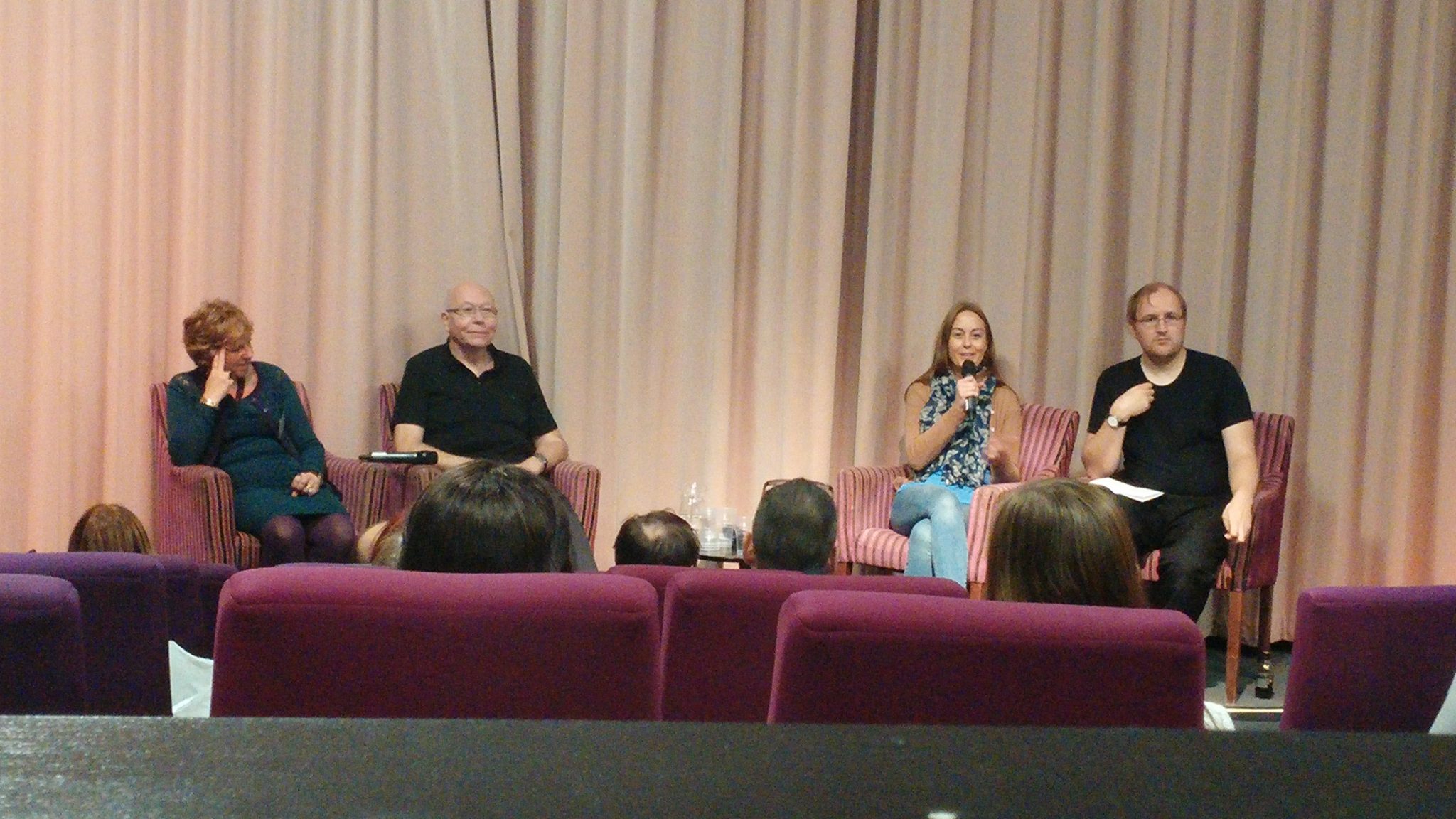 Other sessions included panels on Historical Fiction, Literary Fiction, Sci-Fi & Fantasy, and Teaching Workshops, which I heard went down very well from fellow attendees. Overall, it was a perfect day for authors at all levels of their career, and I found myself inspired to go home and write a new book (more on that later). 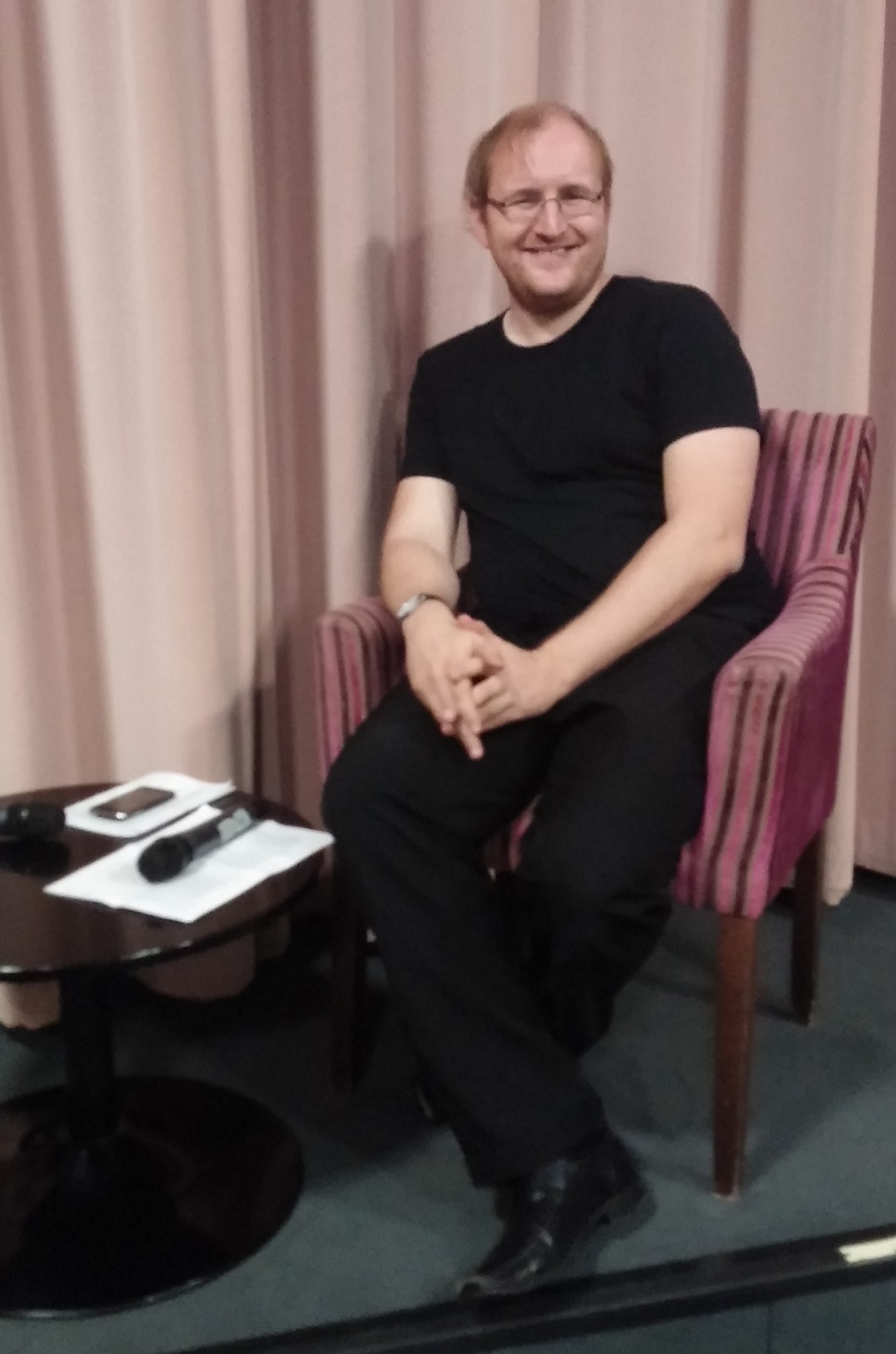 A big thank you to Alex Davis for organising such a fantastic event and I hope to pop along to the next one in 2016 for sure.