The renaissance of craft beer has seen a plethora of mainstream pubs and bars extending their offerings to artisan and specialist beers. I love a good beer (I am quite partial to Sharp’s Doom Bar), but I’ll be honest – my knowledge of craft beer sucks.

I had to Google “what is the difference between beer and lager?” just now. The difference lies in the fermenting process, and lagers are technically beers. I’m all for self-improvement and as such, learning about craft beer has been on my ‘To Do List’ since last year. Which is why I was excited to hear about Suds & Soda.

Suds & Soda is a craft beer bottle shop and tasting room that sells specialist beer from across the world. What’s cool about this place, is they can sell as an off license and late bar. Check out this place in progress, which is coming on very nicely indeed.

Brains behind this rather cool craft beer operation are co-owners Tom and Josh, who met at Royal Mail four years ago. Both wanted a change and after extensive research into the craft beer industry Suds & Soda was born. They travelled extensively across the country to myriad craft beer shops, learning along the way. Their business nous and passion for craft beer meant Suds & Soda was aimed for the craft beer lover and those wanting to try out something new (me me me!).

They decided to set up shop in the heart of Derby’s nightlife scene, Friargate. With a great variety of pubs, bars and restaurants, the boys decided on an old take-away sandwich shop because of its large windows and flowing footfall.

After a few setbacks with premises licence and delayed contractors, the boys are set to open Suds & Soda a year to the day from when they first viewed the premises.

Suds & Soda is primarily a beer shop in the day, and a bar in the evening. They are hoping to generate interest through its ever-changing beer list and beer related events. Currently there are 80+ different varieties of beers on the shelves, and they hope to add to this list rapidly over the next couple of months to boost to 200 different bottled beers. There are also 6 keg lines in the shop which will rotate frequently; after each keg runs out, a new beer will be added to the line-up.

Suds & Soda plans to launch Saturday the 8th of October. Have you seen their cool new signs? 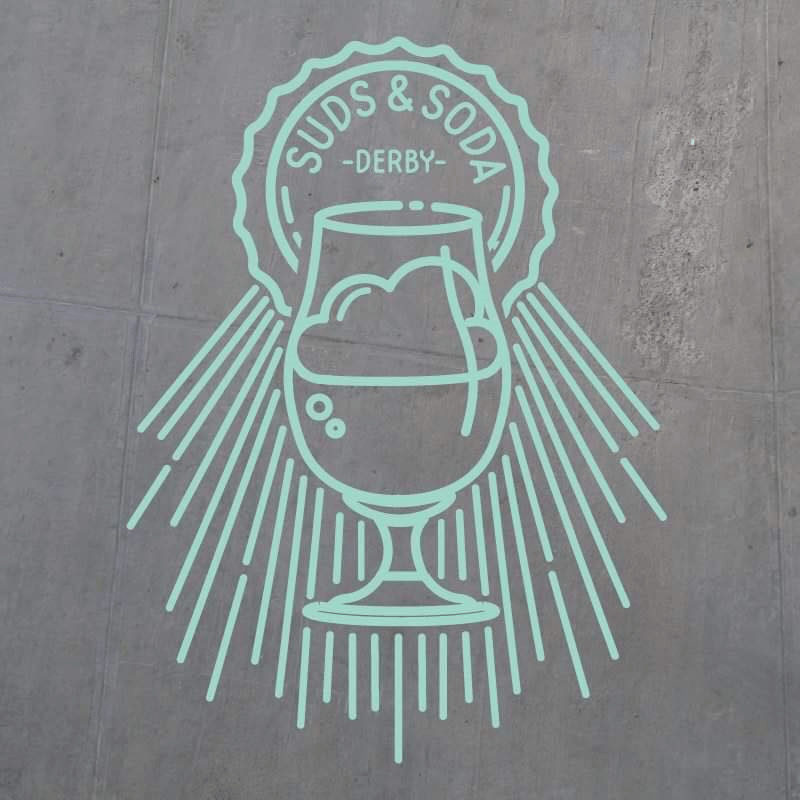 Do be sure to pop there soon. They’re located on 119 Friar Gate, DE1 1EX. Why not stalk them on social media? They can be found on

Good luck to the boys, I’m sure it will be a great place to hang out for some lovely beers. See you soon!