Hope you’re all having a cracking weekend, how have you been? In between cool household shopping in Derby which included electric salt and pepper mills, fluted pastry tin and baking beans (domestic foodie goddess alert) and writing, the weekend has just flown by. 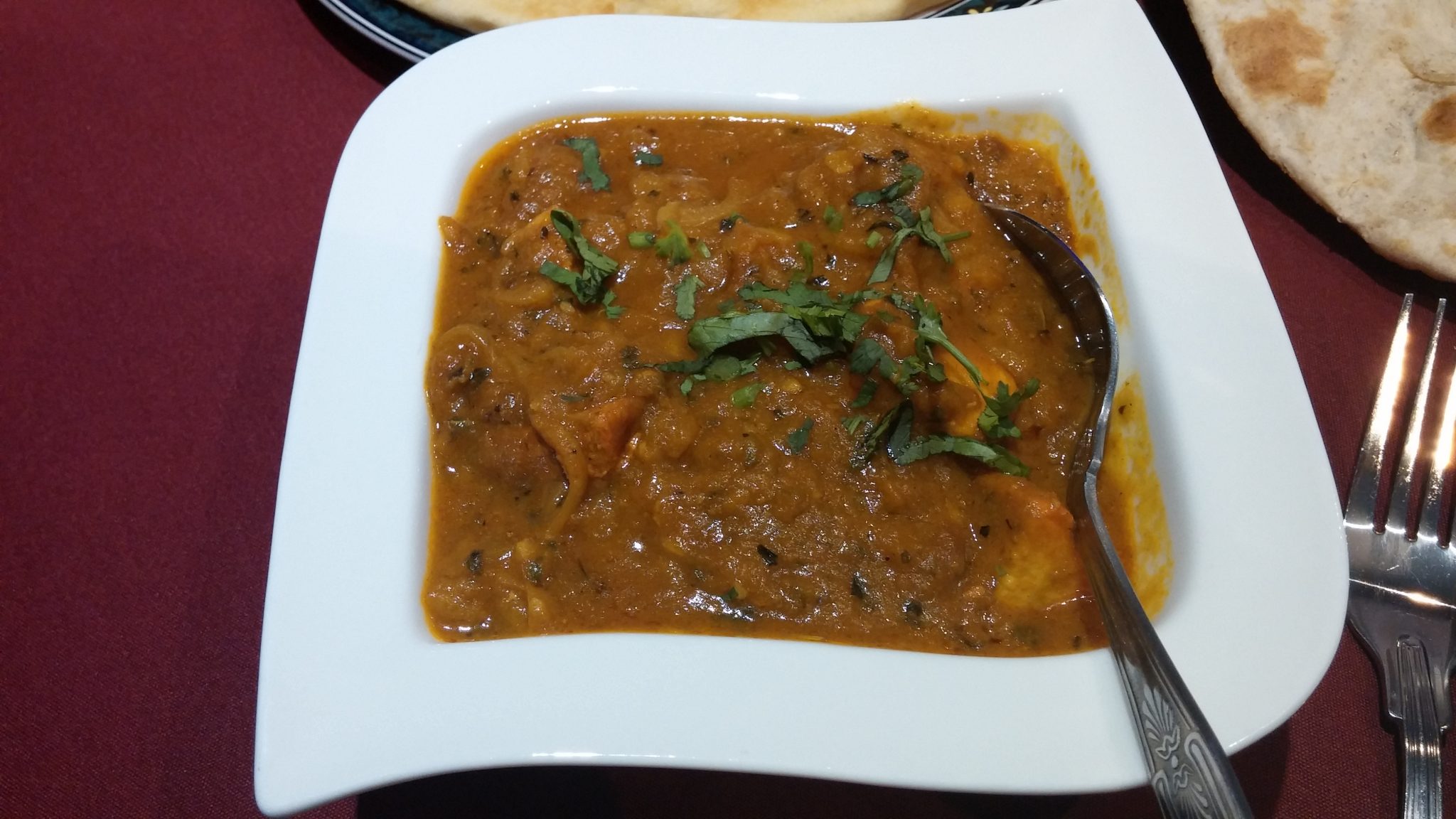 As I mentioned last week, I discovered a new Indian restaurant down the road from where I live. Curryholics has been open a few months and I finally managed to check it out. It was previously another Indian restaurant and currently situated next door to The Sportsman pub. Don’t be fooled by the narrow doorway giving it the impression that a small space lies ahead. It’s rather spacious and the décor pretty nice. We were seated near the entrance and the restaurant quickly got busy with locals, which I think is always a good sign. The host was convivial and chatty, whilst the serving team although new, were eager to please and wore friendly smiles.

I dived straight for the main, which was Garlic Chilli Chicken with Paratha, whilst The Dude had Chicken Bhuna with Roti. Now, I like my curries spicy and chockfull of flavour, and my dish certainly didn’t disappoint. The sauce was perfectly fluid yet rich, and the chilli base layered with garlicky undertones was heavenly. My Paratha was odd – more like a naan because of its bread-like pillowy consistency. Part of me thought I had been served a naan by mistake, but because I was so hungry (never come between me and my food, seriously) and the naan was OK, and the curry so delicious, it wasn’t really an issue.

The Dude too enjoyed his food and liked his chicken curry, which was heavy on the sliced onions and peppers which gave the dish an added earthy depth. And with prices starting at just £5.95 for a chicken curry, you really can’t go wrong. I just wish they had week-day meal deals on, it would certainly attract more patrons. Still, I’m really glad Curryholics is down the road from me. I was under the weather the other day and was craving a good old curry. What did I do? I ordered a delicious take-away (their Naga Chicken is a super hot curry and moreishly delicious)!

Now that I have Curryholics on speed-dial, the world is a better place. To find out more about Curryholics, check out their website www.curryholics.co.uk or call 01332 987 676.