As I reign in my enthusiasm at this new opening, just to clarify what gelato is. Gelato is the original Italian version of ice-cream dating back to the 15th century. It’s a more natural yet luxurious form of dessert that enhances the quality of great basic ingredients, being creamier but with less fat.

Dolcino gelato is artisan, made on site and from fresh, natural ingredients.

Based at Beastmarket Hill, the two-floor, 150-cover establishment will serve authentic, artisan gelato, freshly made in store. It is being run by gelato experts Francesco Arcadio, aged 51, and his wife Kirsten, 45, assisted by son Sebastian, 18.

The Arcadio family has an impressive history of making gelato and operating café bars dating back to 1950s in Italy. The Nottingham venture is hot on the heels of their first highly successful UK business in Loughborough. 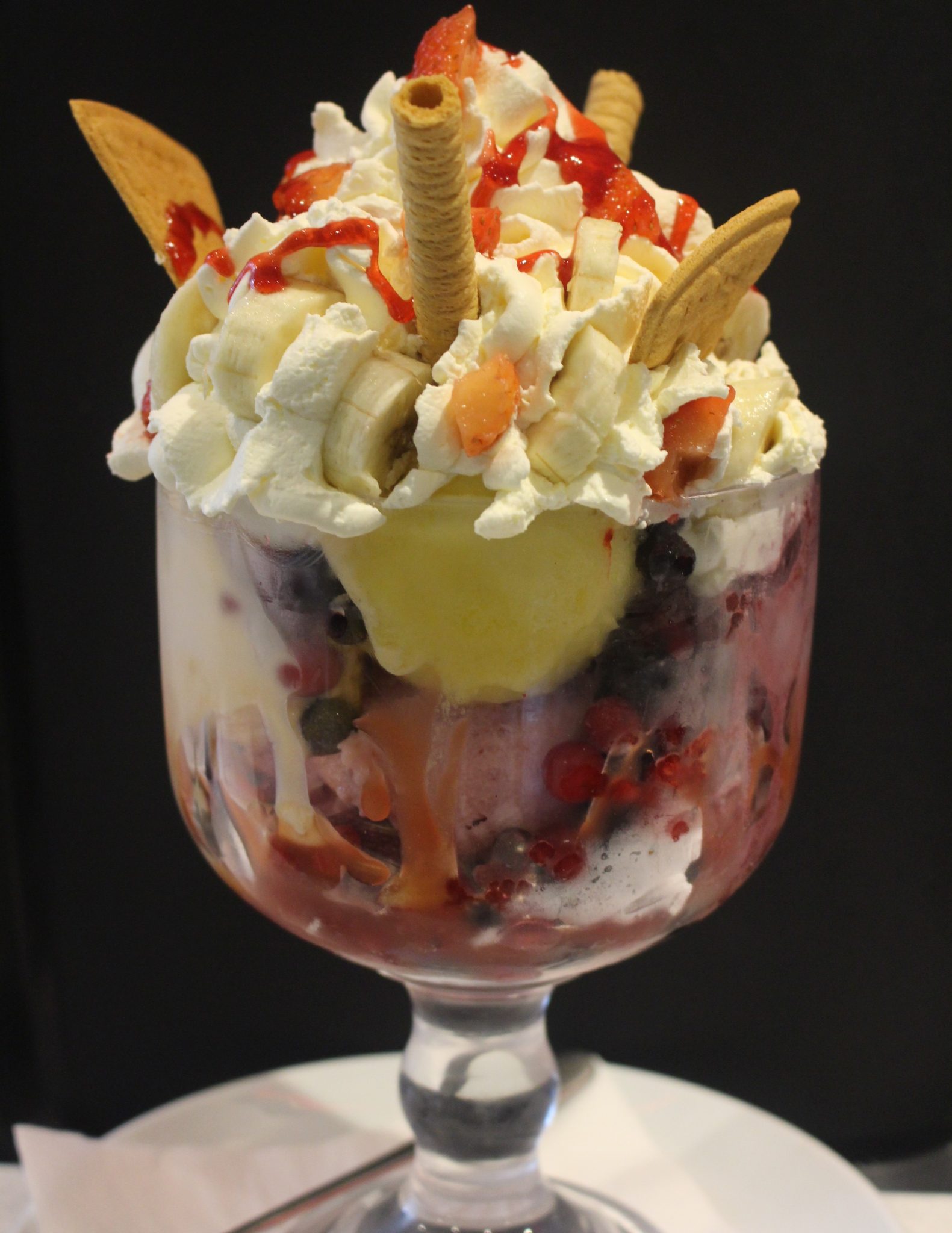 Diners can expect traditional flavours such as Cassata Siciliana (a traditional sweet from all areas of Sicily) and Pinolata (a lemon and chocolate Sicilian pastry). But Dolcino has also produced exciting new gelato flavours, including Twist on a Twix, Chilli Chocolate and Salted Caramel, and Hazelnut and Avocado.

Customers who want to experiment with their own gelato mix, can ask the Dolcino experts to blend their choice of flavours to create something bespoke and brand new. There is a viewing window on the first floor where customers can see gelato freshly made every day.

If all this ice-cream goodness wasn’t enough, Dolcino is bringing the Freakcone to Nottingham. Palate teasing flavours, such as Black Forest Gateau, Toffee Popcorn, Mars Bar Magic, or any other combination the customer asks for – are served oozing over a gelato cone.

There will also be a premium selection of crêpes, waffles and focaccia olive-oil bread sandwiches, all hand-made in store. Locally sourced ingredients will be used where possible and own blends of coffee roasted on site.

Dolcino believes in respecting the environment by sourcing milk, vegetables and fruit from local farms and traders where possible, as a small but important step toward a “zero miles economy”.

The Dolcino experience is also enhanced by an Italian retro feel, with cosy booths, funky pictures of Italy, an iconic Vespa scooter and Fiat 500 wall-piece. A lot of the establishment’s equipment, including the gelato counter, a state-of-the-art gelato making machine and the coffee roaster, has been shipped in from Italy.

Dolcino will be open from early morning until late in the evening. It will become the perfect place for an extra treat during a night out in Nottingham.

Dolcino director Kirsten Arcadio said: “We are delighted to bring an authentic Italian all-day café-bar gelateria to Nottingham. We use secret gelato recipes developed by our family years ago in Italy. My husband Francesco comes from a family that has been making gelato and running coffee bars since the 1950s in Sicily and then Rome. Our children represent the fourth generation of gelato makers.

“Our concept is a modern take on the Italian all-day café and gelateria. Customers love the fact that we appeal to a wide range of people from all walks of life. The freshly-made quality of our food is important to us – sandwiches, crêpes and waffles are all made on site on the day and cooked in front of you while you wait, so there’s zero reheating.

“This is a great opportunity for Nottingham people to enjoy the funky, retro feel of the place and see gelato being freshly made on the spot. We want them to sit back, relax and sample a touch of La Dolce Vita!”