You can’t have missed the teeny tiny matter of an election across the pond. With more twists and turns than a melodramatic Bollywood script, you can’t help but be hooked by the latest developments of the Clinton VS Trump campaign. 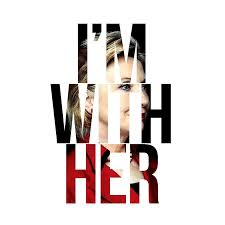 Don’t worry if you’re not in the US, because the QUAD in Derby has a special night ‘celebrating’ all things American to coincide with the US Election Night on 8th November. Before the UK sees in the election results, ’Gawd Bless ‘Murica Day’ is a night of music, burgers and puppets! The night includes a film screening of Team America: World Police, a special burger menu in the café and American Pie on the dancefloor. The film Team America: World Police is by the sympathetic team behind South Park. Popular Broadway heartthrob Gary Johnston is recruited as the newest member of the elite counter-terrorism organisation ‘Team America: World Police’. Tasked with infiltrating a terrorist organisation to find out their plans to destroy the world. Team America destroy the unit but they retaliate by attacking the Panama Canal. North Korean leader Kim Jong Il is duping a group of pacifist actors into using weapons of mass destruction and only Team America has the cojones to stop them! But with Gary carrying the responsibility of the deaths of many innocent lives, can he forgive himself in time to save the world? Team America: World Police (15) screens in QUAD on Tuesday 8th November at 8:00pm. Tickets are £8.20 or £7.00 concessions.

For more information please see http://www.derbyquad.co.uk/film/team-america–world-police–15-.aspx for details. Who are you voting for?

Categories: Must Read
Tags: Donald Trump is a pig, Hillary Clinton, US elections 2016