Hi all, how are you doing? I hope you’re all enjoying the festive season. And foodies certainly have a reason to be jolly (no, it’s not that Cava working its magic). Le Bistrot Pierre, the independent restaurant group which has a restaurant in Derby (see my review here), has received a £9.8 million investment.

What exactly does this mean? It will use the investment from Livingbridge to accelerate its restaurant roll-out plans and optimise its existing estate, allowing it to further expand throughout the UK.

Established as a single franchise restaurant in 1994 by school friends Robert Beacham and John Whitehead, Le Bistrot Pierre provides customers with great value French cooking in an authentic setting. My favourite dish is the Tartes Flambée, which I fell in love with and have dedicated a standalone post to it, so keep your eyes peeled for that coming very soon.

The group now has a family of 14 bistrots located across a variety of locations including Nottingham, Leicester and Sheffield and has been valued in the region of £20 million. In the last six months, Le Bistrot Pierre has opened two additional bistrots in Bath and Newport – and they’re planning another two locations in Birmingham and Swansea in 2016.

The business has ambitious plans for growth, delivering record revenues of £18m and profits in excess of £2m in 2015. Co-managing director of Le Bistrot Pierre John Whitehead said: “We are excited by Livingbridge’s endorsement of our business and with their investment, look forward to expanding our estate and opening more successful bistrots. The whole process leading up to the deal has been smooth and we are now relishing the new years of growth with our partners.”

Le Bistrot Pierre has a highly loyal customer base which continues to grow, along with the group’s success. In the past 12 months, as well as a number of new restaurant openings, Le Bistrot Pierre has launched a unique children’s menu and accompanying activity pack, Menu Enfant – in a move to further expand among the family market. I’ve seen their colouring pack for kids, which is a quaint touch for families wanting to keep their little ones busy. To find out more about the artsy challenge, you must pop into your local Le Bistrot Pierre. In the meantime, here’s a sneak peek. 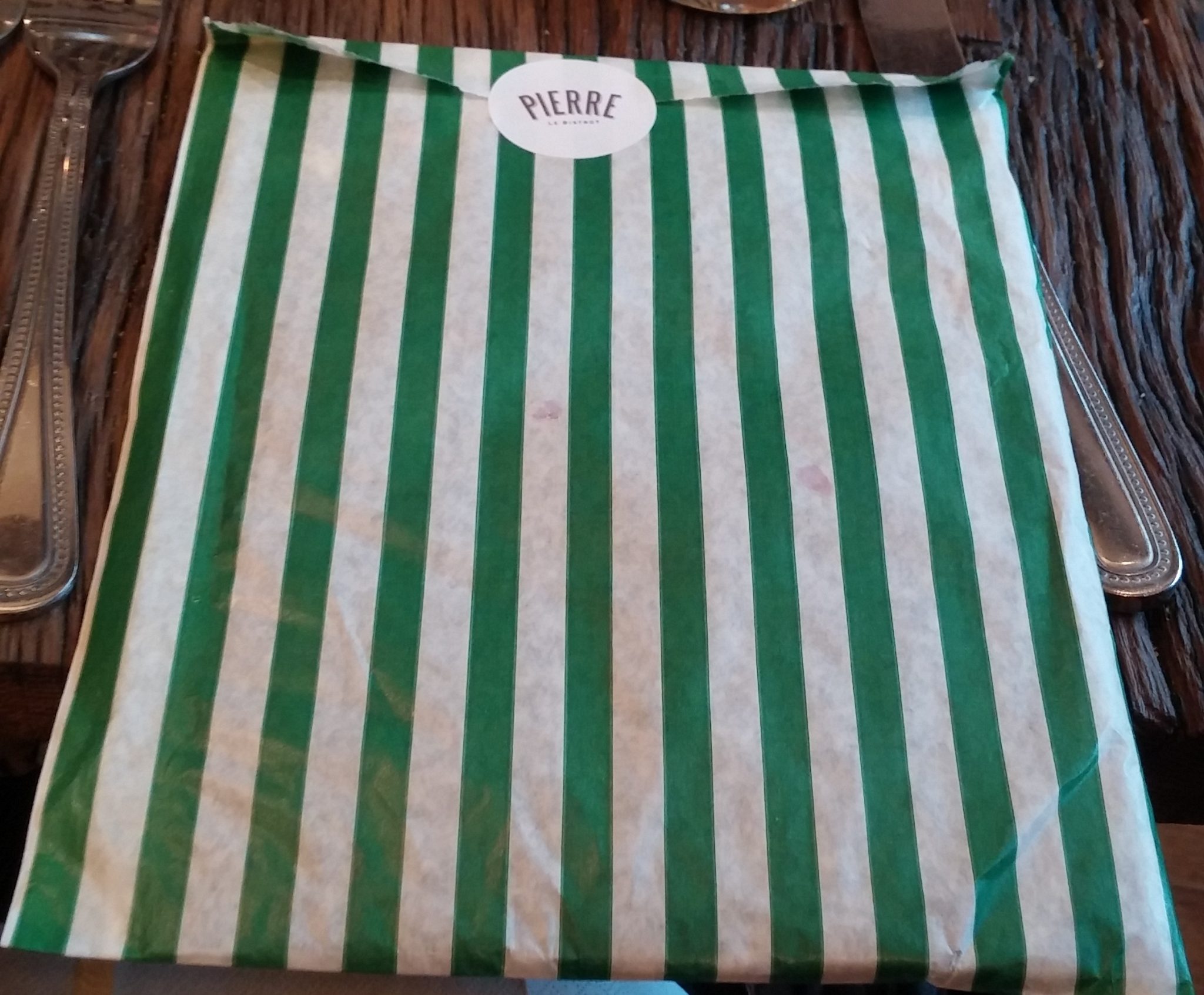 So who are Livingbridge? They’re a mid-market private equity business which typically invests in high growth, entrepreneurial businesses and the investment in Bistrot Pierre is the first from its Enterprise 2 fund which completed in October 2015. The investment in Le Bistrot Pierre is also Livingbridge’s second deal in the restaurant sector having invested in Pho, the Vietnamese restaurant chain, in 2012.

Benoit Broch, director at Livingbridge, said: “Le Bistrot Pierre is precisely the sort of business that we love working with – they have a fantastic management team, a proven business model and a differentiated offering. We are really excited about our future partnership with them, having had the pleasure of getting to know Robert, John and the team over the past year. This deal really demonstrates Livingbridge’s continued commitment and enthusiasm for the eating and drinking out market and we look forward to building on our growing presence in this space.”

Le Bistrot Pierre are ones to watch. If you’re in Derby, check out their newly refurbished eatery on Friargate.

I’ll update you with more information as it becomes available. In the meantime, have a lovely Christmas!