I know this is predominantly a foodie blog. Occasionally, an event will be on my radar which I just have to write about, because it’s just so goddamn cool.

With Halloween less than a month away, now is the time to start thinking about Halloween night. Good news for horror film fans. If things that go bump in the night don’t phase you, then check out the Quad’s cinematic offerings, who have three really cool film events leading up to Halloween.

Admittedly, I’m something of a cowardy custard when it comes to horror movies. I get scared by atmospheric music on gentle Poirot, for god’s sake. You know when you really want to like something, but your scaredy cat heart has other ideas? That. 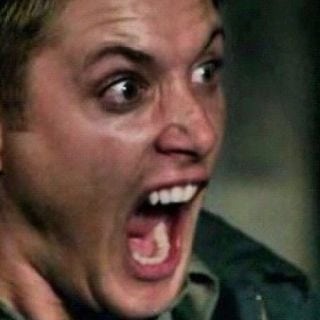 Three very cool film events offer a warm up to Halloween at QUAD in Derby in October. Nosferatu, the classic silent film from 1922, will be screening with live musical accompaniment in a one off event. You can’t get more atmospheric, authentic, and downright scarier than that. If you haven’t heard about Nosferatu, think of this being the original Dracula. One of the classics of silent cinema, genre cinema and, indeed, cinema full stop, Nosferatu is FW Murnau’s legendary vampire tale.

This film marked the first appearance on screen of Bram Stoker’s Dracula and remains arguably the eeriest and most magical of the many film versions of this famous supernatural tale. Murnau’s use of real locations instead of stylized studio sets to create atmosphere, his deployment of special effects such as negative exposure and fast-speed motion to suggest a ghostly ride, and his casting of Max Schreck as the gaunt, spectral figure of Dracula make this one of the director’s most formally innovative works.

The magnetic performance by Max Schreck elevates the tale above the familiarity of the story and keeps the film relevant nearly 100 years after its first showing. Nosferatu screens as part of QUAD’s Break the Silence: Silent Cinema season. The film will be accompanied by a beguiling score underpinned by cabaret sounds, American Minimalism and nods to the work of Kurt Weil, will accompany the film performed by the three piece HarmonieBand. Nosferatu with live musical accompaniment (PG) takes place in QUAD on Tuesday 25th October at 7:30pm, tickets are: £15 or £13 concessions.

The second of these cool events, which is back for an eighth year, is QUAD’s all-night horror movie marathon, Dead & Breakfast. Get this – you can watch a horror movie marathon, AND get breakfast, how wonderfully awesome is that? This marathon will show five feature length films including Alien, Freddy’s Dead: The Final Nightmare, Eyes Without A Face, The Devil’s Candy and The Lost Boys. Dead & Breakfast takes place on Saturday 29th October, from 8:30pm until dawn. Tickets are £25 or £17.50 concessions, and includes all films and breakfast.

Last but not least, is Korean zombie film Train To Busan. It has become the most successful film in South Korean cinema history with over 10 million admissions since its release there in July. In it, we see divorcee Seok Woo, who lives in Seoul with his daughter Soo-an, take said daughter for a birthday visit. Seok Woo takes her on the super-fast train with the intention of returning immediately upon dropping her off. But when a sick passenger attacks the train’s staff it becomes clear that a zombie outbreak is underway and the train’s passengers are forced to fight for their lives! Train To Busan (certificate 15 with English subtitles) screens in QUAD from Friday 28th October to Thursday 3rd November. Tickets are £8.20 or £7.00 concessions.

I’ve always wanted to do a movie marathon, which is why I’ll be looking at my diary to see what I can shift. If you wanted to hop along, or wanted more information please call QUAD Box office on 01332 290606. Or check out these links here: