Sheffield born Jason Atherton is one of the UK’s most successful global restaurateurs and will headline this year’s Bruntwood NRB Debate at Northern Restaurant & Bar on Tuesday 19 March 2019. Jason, who was head chef at Manchester’s legendary Mash & Air in the ‘90s, has built a global restaurant empire that now includes sixteen restaurants, four of which have Michelin stars, across three continents, seven countries and eight cities.

Northern Restaurant & Bar’s annual Bruntwood NRB Debate, taking place on Tuesday 19 March, will be headlined by Jason Atherton, the Sheffield born founder of The Social Company and one of the UK’s most successful global restauranteurs.

Jason Atherton started out working alongside great chefs including Pierre Koffmann, Marco Pierre White, Nico Ladenis and Ferran Adria at el Bulli, before joining the Gordon Ramsay Group in 2001. After launching ‘Maze’ Jason left to launch his own flagship restaurant ‘Pollen Street Social’, which was awarded a coveted Michelin star within just six months of opening. His restaurant group, The Social Company, now includes four Michelin-starred restaurants and a total of sixteen across three continents, seven countries and eight cities. 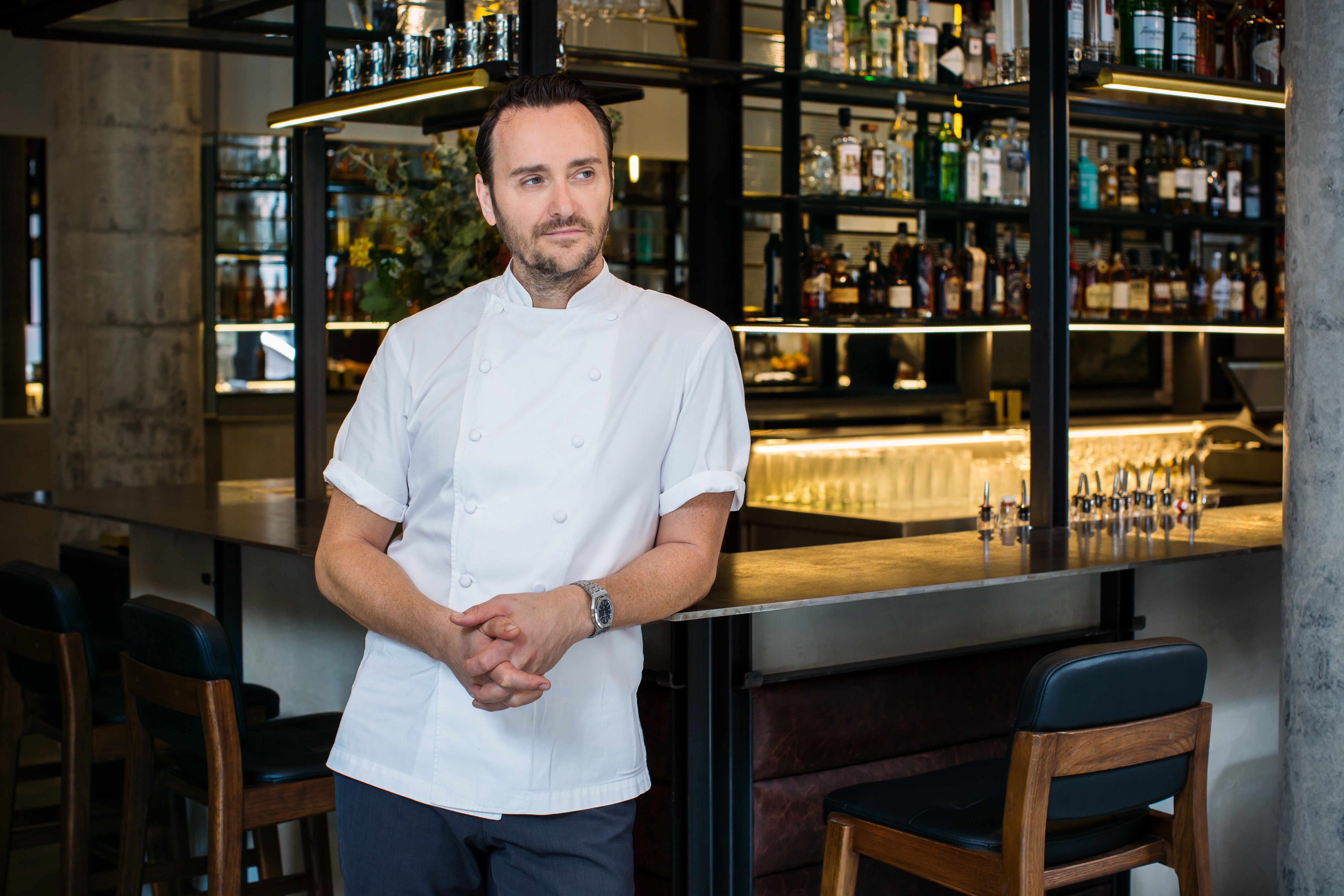 Host Thom Hetherington will explore what fired this Northern chef to global success and about his role as principal patron for Hospitality Action.

“Mash & Air was one of my first serious eating experiences’ Hetherington reminisces, “The dishes he did there are twenty years old but still sound incredibly current.” He continues “I have followed Jason’s career through Maze and Pollen Street Social and watched his incredible evolution from chef to a restaurateur delivering success across the globe. I’m fascinated to discuss what makes him tick and keeps him pushing on, and whether he misses the North of course!”

The Bruntwood NRB Debate also features an expert marketing panel, chaired by Lucy Noone-Blake, which will discuss how restaurant brands and businesses build loyalty and ensure their share of the marketplace in a digital world. Topics will include how to bridge the gap between an online presence and driving actual footfall, and whether social media really is more valuable than human contact in what is still very much a ‘people business’. Speakers include Libby Andrews of Pho, Russell Danks of Punch Taverns, Oisin Rogers from The Guinea Grill and Andy Windsor of Mission Mars.

This year’s debate is sponsored for the second year by leading property developer Bruntwood and owner of over 100 properties across Manchester, Liverpool & Leeds.

“Northern Restaurant & Bar has become a hugely important ‘coming together’ for the sector, an opportunity for the most innovative and talented to descend on one place, collaborate, share and network; and it’s wonderful that it all happens in Manchester,” said Andrea George, Head of Retail Leasing, Bruntwood.

“The Bruntwood NRB Debate is an unmissable centrepiece of the action, an event that really gets under the skin of some of the industry’s most challenging and relevant issues. We’re pleased to be sponsoring the NRB Debate as restaurants, cafes and bars are absolutely central to our ambition of creating brilliant places to live and work. A huge part of our ethos at Bruntwood is nurturing small and independent food and drink business with a mutual benefit of creating great destinations, and so supporting Northern Restaurant & Bar with its diverse range of attendees is a perfect fit for us.”

The Bruntwood NRB Debate starts at 12:00 and includes a buffet lunch. Tickets are priced £55+VAT (£66). Book tickets now and save 20% online at nrbdebate.co.uk using CODE20

For further information about the exhibition visit their website now.