Why have you chosen to open your first restaurant in Manchester’s buzzed-over Ancoats district?

It’s almost felt like fate has drawn us here. We needed to take over an entirely empty unit, so that we could make the space our own – not just for identity reasons, but for layout reasons, too. Because what we’re doing isn’t ‘normal’. Mana wouldn’t work within a standard restaurant layout. That’s partly because of the bespoke kitchen and research-and-development facilities we’re putting in, but also the fact we’re doing a 16-course menu. Lots of places do something similar, but not at the speed we’re doing: 16 courses in one hour 45 minutes. And when we saw this space we just said yeah, straight away. We didn’t even ask how much the rent was. We really went balls-deep. I signed two contracts – one for the fit-out and one for the kitchen – before we had a penny in the bank.

“That’s typical of the way I work. I’ll say I’m going to do something and then I’ll just do it. You put yourself in a situation where there’s no choice but to do it, or you’ll completely f— yourself over. My whole career’s been like that. I don’t really do baby steps.”

For the average restaurant the size of Mana, you could get a kitchen sorted for £50,000. What’s costing us so much is that it’s completely bespoke, and we also wanted it to have an almost ‘domestic’ feel. All the surfaces are a compressed stone called Dekton, for example, which is £590 a square metre. 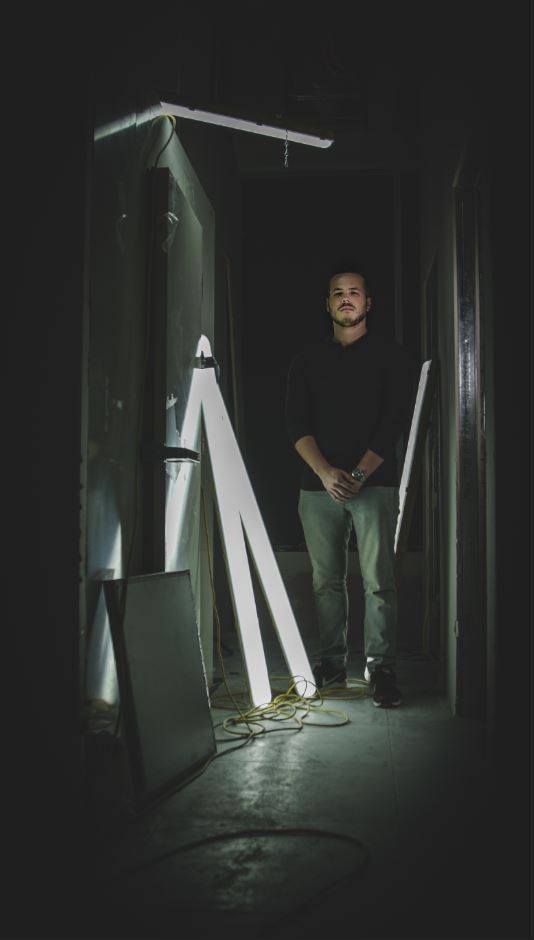 We want it to look good not just for the guests – because Mana is open-plan – but also for the chefs. We don’t want them working in the usual stainless-steel cage, some windowless metal basement that’s all dented and broken and scratched. It can feel like you’re working in a prison. It’s now well-known that drug and alcohol addictions are widespread within the catering industry, and that’s down to the environments and conditions people are working in, along with the long, long hours.

We’re trying to get away from that by creating a comfortable environment. And in terms of equipment, we just went for the very, very best of everything. We could’ve bought a £500 fridge, for example, but we went with a £1,200 fridge because it’s better for the environment, more sustainable. At the rear of the kitchen we’ve got the longest Eco-Chef cooking range in the country – and things like that cost money. It comes in one piece, so you need to hire a lorry… All these costs add up.

CHR, who’ve built Mana’s kitchen have done us a massive favour by essentially giving us money to be able to do this – because otherwise, it just wasn’t do-able. They knocked their profit off the quote they gave us, so they’re making nothing. Because they really want to be involved with what we’re doing here. It’s a massive project for everyone involved.

Returning to the topic of kitchen staff: Do you think the catering industry is experiencing a watershed moment in terms of working conditions?

We’re lucky that we’ve now got some good role models at the top of the industry. Places like Eleven Madison Park and Noma are producing better kitchens where people work less hours and have everything they need to do their job properly. Places are striving to create more diversity in their work-forces. A wider range of ages and nationalities, and a more balanced representation of gender. Previously, most kitchens were just blokes – and what happens when you put ten lions in a cage? It’s never gonna go well, is it.

Nobody should have to go into the environments that I worked in – that I grew up in – from the age of 15. The industry hasn’t been behaving professionally, and the new kids coming through now, they’re aware of that. They won’t put up with working in shitty kitchens – and it’s our duty to make sure they never have to.

Have you experienced colleagues quitting the profession over being unable to cope?

Oh yeah, all the time. We’ve lost a lot of talent. At times the level of abuse was unreal. Unreal. I’m not gonna name places or people, but I’ve seen guys get their heads shoved into pans, pinned up against walls and mentally broken down by others. It’s a very old fashioned, militaristic way of managing a team. There’s no doubt that at this level we all need to be very self disciplined, but there are other ways of managing staff which may require more work and attention, but provide better results, that’s the management style we’re looking for.

Sometimes you could be sick and fear calling in to say you couldn’t make it in, because you knew you’d be ignored or given abuse about it when you returned.

We’re making a huge investment in our staff. From an operational standpoint, we’re only opening four days a week, only for dinner, and only for 30 people – that represents a huge financial loss for us. But what we hope to get in return are a team of people who are the best version of themselves, for their own well-being and for their performance in the workplace.

We’ve got a water-osmosis machine to keep them fully hydrated, we provide them with the best equipment to work with. We’ve built a team that’s large enough to ensure that nobody has to make sacrifices in terms of the quality of their work. And we feed them nutritional and delicious meals, not only to energise them properly but also because to cook good food, you have to eat good food.

You’ve said that Mana isn’t going to about ‘fine dining’, in the austere, clinking-forks-in- a-hushed-room sense.

Restaurants are supposed to be fun, it’s a leisurely activity. All the formality behind dining stems from very old traditions which in my opinion we’ve outgrown and are better off without. If you’re the type of person who likes to call his waiter “Garçon” and expect there to be a chandelier over your head then you’ll most likely find us too casual for you. The point of Mana is to rediscover everything that’s been forgotten about Britain’s indigenous produce and ingredients, and to then move forwards with that knowledge. We’re not following a recipe, we’re creating one. It’s about progressing, moving things forward – and we want that to be accessible. It’s not solely for some elite group of ‘gastronomes’. 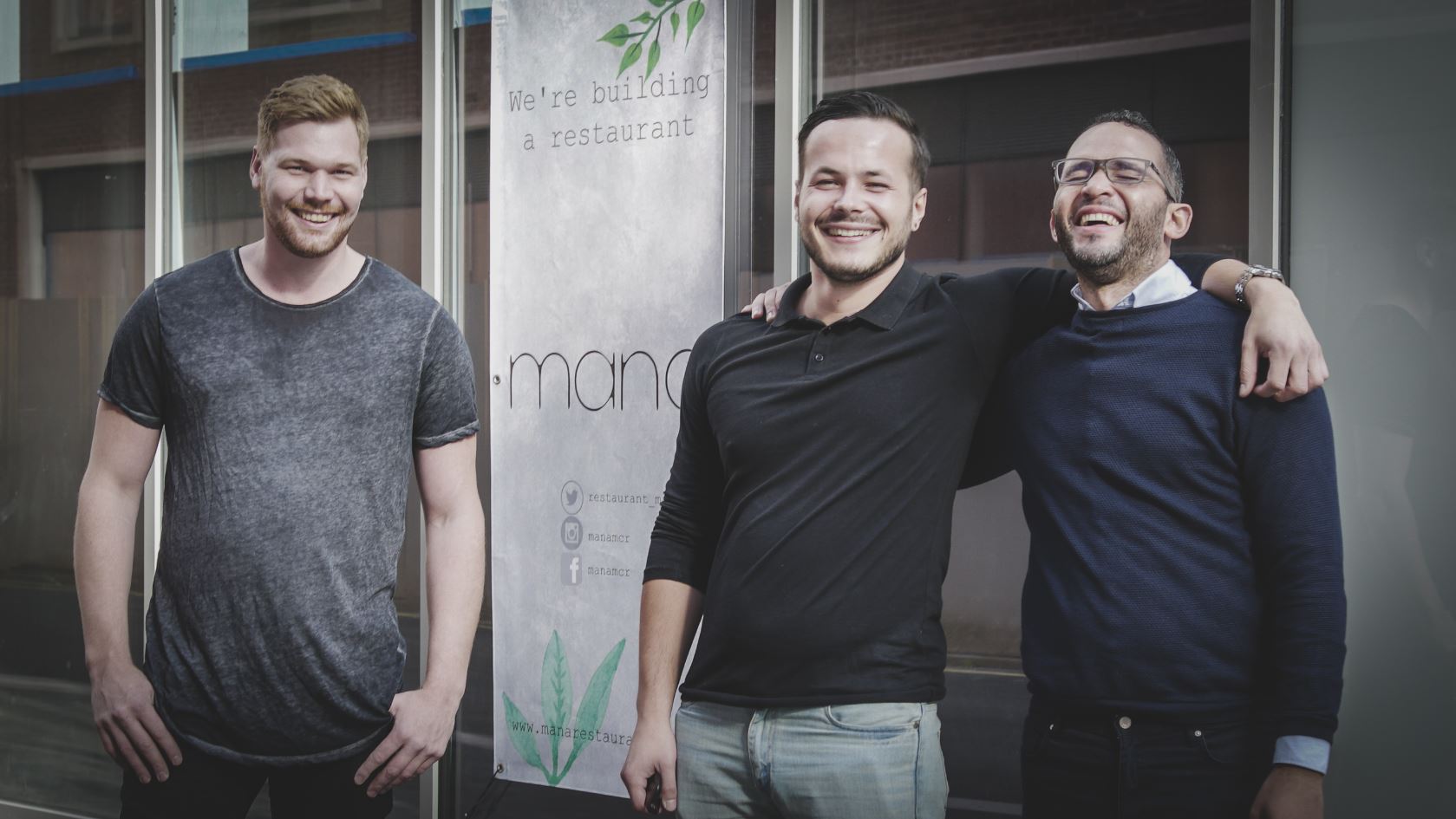 It’s no fun, all that sitting-up-straight, waiter with a bow-tie, being called ‘sir’ or ‘madam’, a tablecloth that’s been ironed onto the table. None of it makes the food taste any better.

We’re not making gels and foams and things that aren’t even recognisable. We’re making food. Real food! I hate the term ‘fine dining’, it’s extremely vague and is always surrounded by an aura of pretentiousness. I also dislike the term ‘tasting menu’, but unfortunately we’ve not come up with a suitable replacement for it yet…

What we’re producing at Mana is natural food, and its sustenance. It’s not ‘how clever is that?’. It’s not, ‘I’m going to eat foie gras because it’s foie gras, even though I don’t like the taste of it.’ We want to be accessible to everybody. Mana is about making people feel at home, giving good service, and sharing our work in an attractive, pleasant environment. It’s that simple.

Is the UK ready for Mana?

Absolutely, there’s a fantastic movement with food in the UK, people are becoming more aware of what they’re putting into their bodies, and appreciating the amount of work that goes into more elaborate preparations and just how difficult it is to source the best produce. It’s about eating organic, eating GMO-free, and knowing what to buy at what time of the year – particularly with Brexit happening.

Post-Brexit, we’re going to have to start supporting ourselves, instead of supporting other countries by buying their produce, while all our own produce is shipped overseas, because nobody here buys it. And the only people benefitting are logistics companies and import/ export corporations. I hope Mana can be a seed that, as it grows, helps people to start viewing this country’s produce in a different light.”

And finally: You’ve spent your career working in Michelin-star restaurants. Are you ready to deliver Manchester its first star in decades?

It would be great to be recognised by such a well-known guide, but it’s definitely not something that’s going to be on our minds every day, if at all.

It’s weird to look back now, but some chef’s entire lives were based around Michelin stars. Once you hit a certain level, everything is Michelin this, Michelin that. ‘He’s got a star’; ‘He’s from a Michelin restaurant’ – all that. But it’s insane. It would be great to be recognised by such a well-known guide, but it’s definitely not something that’s going to be on our minds every day, if at all. A successful restaurant for me is one that is full every night and where our guests are happy, not one with a little red star next to their name in a book”