New independent restaurant NineB, which will be opening on 16 January 2020 on Leicester’s Great Central Square development, is celebrating the best of Leicestershire’s cuisine by supporting local food and drink suppliers. 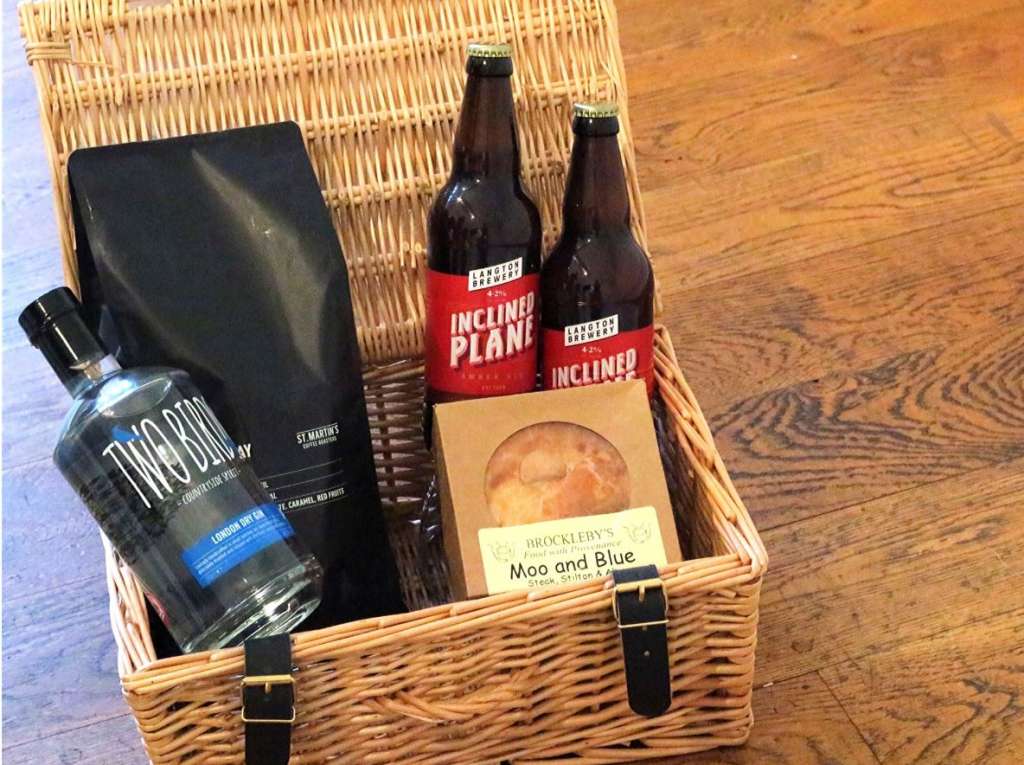 We’re incredibly excited to be working with some of the county’s most prestigious artisan food producers. Our team of chefs is committed to serving high quality Leicestershire food to local people and we knew we had to start with those award-winning suppliers closest to us.

The menu, which will be released before the restaurant opens, will include an array of local produce. Handmade pies will be supplied by family-run farmers and pie makers Brockleby’s Pies in Melton Mowbray, which is famous for its PGI-status pork pies and often wins gold at the town’s British Pie Awards.

Brockleby’s Pies are delighted to be connected with the NineB restaurant and we are very excited about their commitment to support local suppliers and the regional artisan food scene. As beef farmers and pie makers, we are committed to ethically produced food, which is great for the consumer and better for the environment.

Independent, family-owned brewers Langton Brewery will be supplying NineB’s hand-crafted beer from its Thorpe Langton base. Langton Brewery has been brewing beer since 1999, when it was supplying the Bell Inn and local cricket club from the back of the pub. Six years later, production moved to Grange Farm in the middle of the Langtons countryside and remains a truly local brand.

As a local independent business, Langton Brewery are very excited about supplying the new Leicester based restaurant NineB with a selection of our popular and award-winning ales and new craft beer. We are proud to supply this brilliant new outlet with our range of beers, knowing they will contribute to the thriving food and drink scene in the heart of Leicestershire.

NineB will also be serving its own blend of St Martin’s Coffee, Leicester’s first specialty coffee roasters that is dedicated to sourcing coffees of the highest quality from global producers. St Martin’s will be supplying the beans as well as a coffee machine, and guests will be able to buy bags of their beans from the bar.

I’m delighted to be roasting coffee for NineB – it’s a landmark project with much anticipation and will add a high-quality proposition to Leicester’s vibrant food and drink scene. NineB is committed to sourcing locally and our roastery is 700 metres from the new restaurant, so our involvement is a shining example of local businesses working together.

The new bar will also serve hand-produced gin from artisan distillery Two Birds Spirits, which distils in small batches of 100 bottles in Market Harborough using its bespoke, hand-built copper stills. Now operating on a national scale, the company was started in 2013 by engineer and gin enthusiast Mark Gamble and now has a dedicated team of distillers producing handcrafted, British spirits.

Mark Gamble, master distiller at Two Birds Spirits, said: “All of our spirits are distilled and bottled in Leicestershire, just 15 miles away from NineB. We’re proud of our Leicester roots and it’s exciting to be working with another business that believes in the local food and drink community.”

The restaurant, which has been designed by Manchester-based interior designers Koncept ID with the help of the restaurant’s owners Charles Street Building Group, will also provide room service food for adjoining hotel Novotel Leicester. NineB will be Leicester’s newest destination restaurant, offering all-day dining, snacks, coffee, cocktails and craft beer all under one roof.

NineB’s name, branding and ethos is also inspired by the restaurant’s Roman roots, specifically the ‘Stibbe’ mosaic that was excavated from a high-status Roman villa found directly underneath the development in the area of the Roman city known archaeologically as ‘IXb’.

We’re working really hard to ensure that NineB has a comfortable, relaxed ambience that reflects the hospitality of the Roman era, when service was all about the host’s duties of hospitality, as well as the divine rights of the guest. We want our patrons to feel thoroughly looked after during their visit with us.

Manish and his team are currently recruiting for a bar supervisor, as well as chefs and waiting staff. The vacancies are listed on the Indeed profile.

Menu details will be released before the opening and bookings will be taken from January 2020.