Manchester has seen the largest increase in the number of restaurant and bar openings in comparison to other major cities in the UK, according to new research.

The research which has been conducted by CGA, the industry-leading food and drink analytics company, examines the opening and closure rate of the restaurant and bar scene in the UK’s major cities. The results show that the highest increase of openings is in the North as Manchester, Liverpool and Leeds have witnessed an increase of restaurant and bar openings by an average of 19%.

Manchester has the largest increase of 22%, which is more than three times that noted in London. 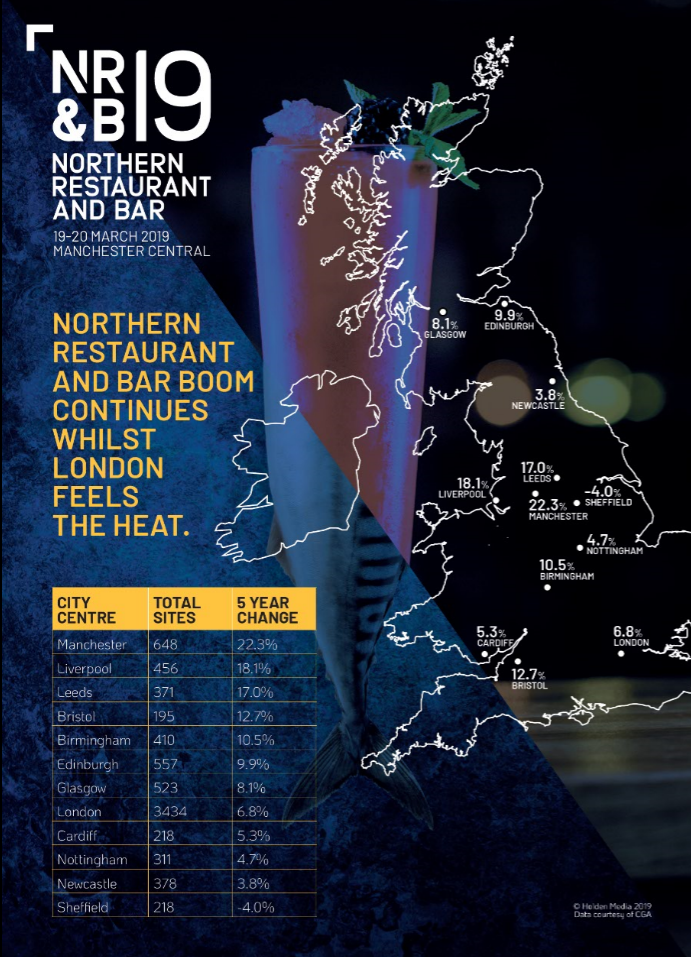 Although the three Northern cities lead the way on the restaurant and bar scene, the results for London are quite the contrary as the city has seen a significantly lower growth rate of just 6.8%. In addition to the low growth rate, the research has revealed more bad news for the UK’s capital, as London has seen the second highest increase in restaurant and bar closures of 14%.

Northern Restaurant & Bar 2019, the North’s hospitality trade exhibition, has been studying data from CGA and found that over the last five years the major Northern cities, centred around the M62 motorway, are continuing to outpace London, Edinburgh and other core cities when it comes to the expansion of their food and drink scenes.

Manchester headed the list with a 22.3% net increase in the number of city centre food and drink venues between 2013 and 2018, with Liverpool close behind on 18.1%, and Leeds snapping at their heels on 17.0% growth. The next highest city was Bristol down on 12.7%, whereas London trailed in eighth out of the twelve cities included in the study, on 6.8%. Other Northern cities fared less well.

Manchester’s most notable 2018 restaurant and bar openings included; Tast Catala, which brought a taste of Catalonia to the city with a menu created by five-Michelin-star Chef Paco Pérez; authentic Italian pasta kitchen, Sugo, which opened its doors in Ancoats after success in the also trendy area of Altrincham; The Jane Eyre cocktail bar which also chose the Ancoats neighbourhood as its home, and Manhatta, the New York style bar which is situated in the heart of Deansgate. 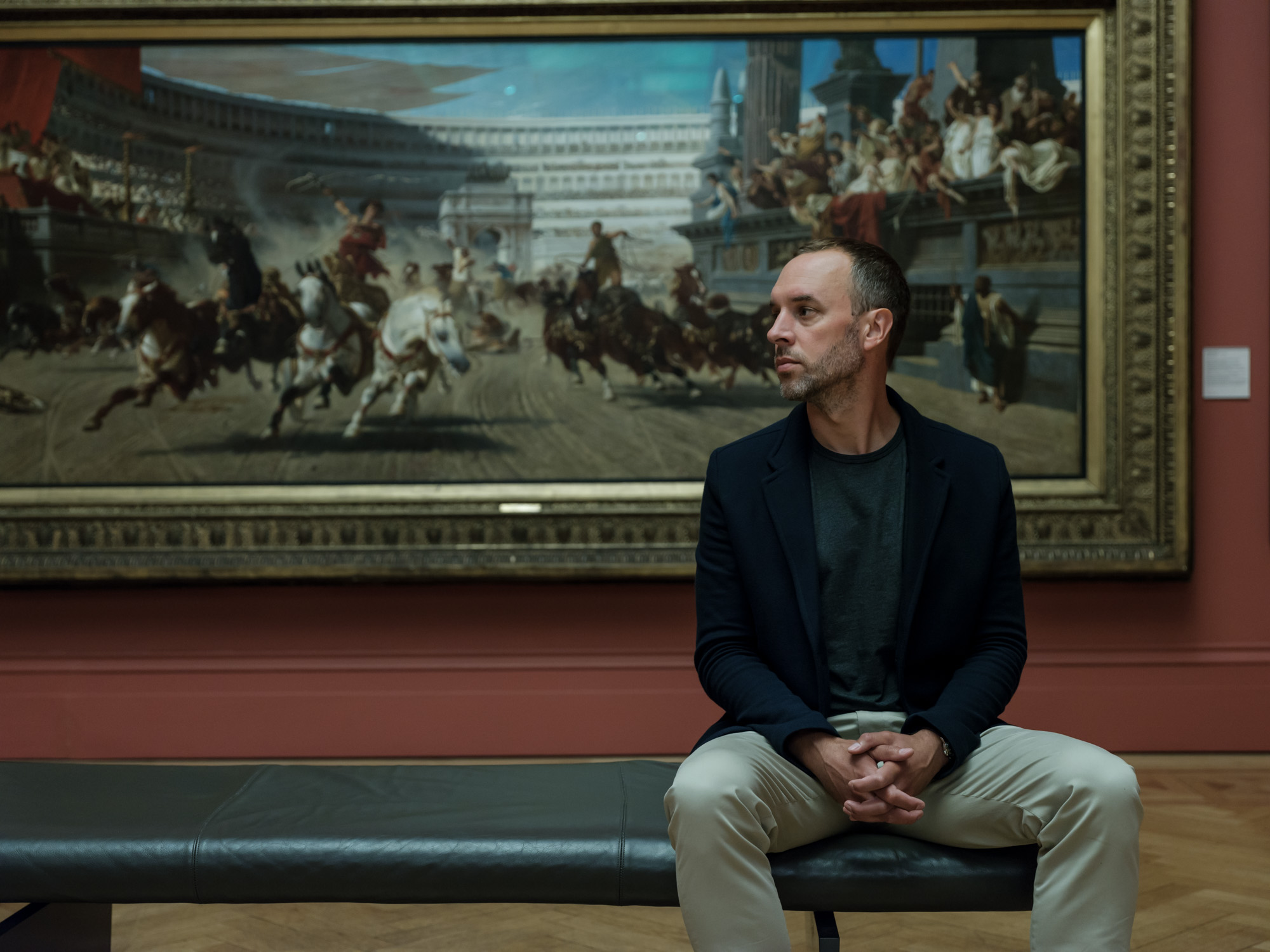 Thom Hetherington, CEO of NRB said the findings reflected the ambition and confidence of the region. “Obviously we’re based up here, so we’ve seen the development first hand, but it’s been clear that the epicentre of the Northern food and drink scene has kicked on at an unprecedented rate of knots, with a direction and velocity of travel which has left other regions trailing in its wake.”

He continues, “It’s no surprise to see Manchester take the ‘medal position’ with an extraordinary rate of growth; the ‘M62 corridor’ is developing its own centre of gravity, pulling in new residents, businesses and tourists drawn to its unrivalled combination of culture, lifestyle and opportunity.”

Additional data from CGA showed that the major cities outside London were also largely more resilient when it came to restaurants and bars trading successfully over the last twelve months. Sheffield city centre has seen only 9% of its total restaurants and bars close in the last year, whereas the figure was 11% in Manchester, 12% in Liverpool and Newcastle, and 14% in London, the joint second highest closure rate in the study group.

Hetherington said: “Everyone knows running restaurants or bars can be a tough business, particularly in the current climate, but I was impressed to see the resilience of the Northern food and drink sector. I’m not surprised by the recent struggles in the capital, costs and risks can be astronomical for prime sites, and in my opinion that is part of the reason we are seeing more interesting, successful operators choice to stay in, or move to, the North.

Northern Restaurant & Bar is the North’s hospitality exhibition and provides an opportunity for operators, suppliers and industry figures to meet, speak and do business. From Liverpool to Leeds, the North east to North West and the Lake District to the Peak District, NRB19 brings the cream of the hospitality industry to Manchester Central on 19-20 March.