A spectacular showcase on November 2 will see the iconic Grade II listed Manchester Hall revealing its secrets to invited guests for the first time following a multi-million pound refurbishment.

The former Freemasons Hall on Manchester’s Bridge Street was left untouched for decades and over two years has been spent sensitively transforming the building to bring it up to date. It is now set to be one of Manchester’s premier venues for weddings, parties, fashion shoots and shows, conferences and much more.

Around 600 guests will attend the opening evening and, as befits the building’s status as the former Freemasons Hall, they can expect a few surprises on the night. The exclusive reveal will take place over three floors and in more than eight rooms. While quite a few surprises are being kept for the night itself, it can be revealed there will be a DJ set by Hacienda DJ Graeme Park; a fashion showcase sponsored by House of Fraser featuring brands such as Ralph Lauren and LK Bennett and a beauty room featuring brands such as YSL, Dior and Sisley.

There will also be a separate fashion installation with models wearing clothes by Philip Armstrong – a fashion favourite of celebrities including Dannii Minogue, Katy Perry and Abbey Clancy; and with professional hair styling using Tamara Eccleston’s brand, SHOW Beauty.

Manchester Hall is an undiscovered gem which up until now very few people outside the Freemasons have had the opportunity to go inside. It was built by Percy Scott Worthington in 1929 – the same architect who designed Manchester Grammar School (with Francis Jones) and Manchester Cathedral.

The iconic building is Grade II listed with a host of period features and detail and the developers have worked in close collaboration with English Heritage on its renovation and refurbishment. Exquisite period details include pillars, oak paneling and intricate plasterwork including Freemasons’ iconography on the ceilings. Many of the rooms have floor to ceiling windows, giving fantastic natural daylight and views of Bridge Street and beyond. Manchester Hall’s magnificent floating staircase is one-of-a-kind in England and makes a stunning photo backdrop. Indeed happy couples could get married on the stairs should they wish to – the whole building is fully licensed for civil ceremonies.

Our opening event has been months in the planning and that’s because it’s only right that we launch such an important building for Manchester in a really special way. We have curated the event carefully to ensure we showcase all the facets of Manchester Hall. We’ve been working hard on staff training over the past few weeks to be sure that our guests both on our opening night and in the following weeks and months receive a level of service that is second to none. There are still more secrets to be revealed – we are confident Manchester Hall is going to be a fabulous addition to the city’s thriving social scene.

Manchester Hall has worked with Manchester company Ikon Furniture and Interiors on the refurbishment of the Hall to combine period features with boutique styling. Ikon’s innovative designs include luxurious velvet booth seating which features in various rooms throughout Manchester Hall and the buttoned leather upholstery and panelled wooden ceiling of the second floor lounge. 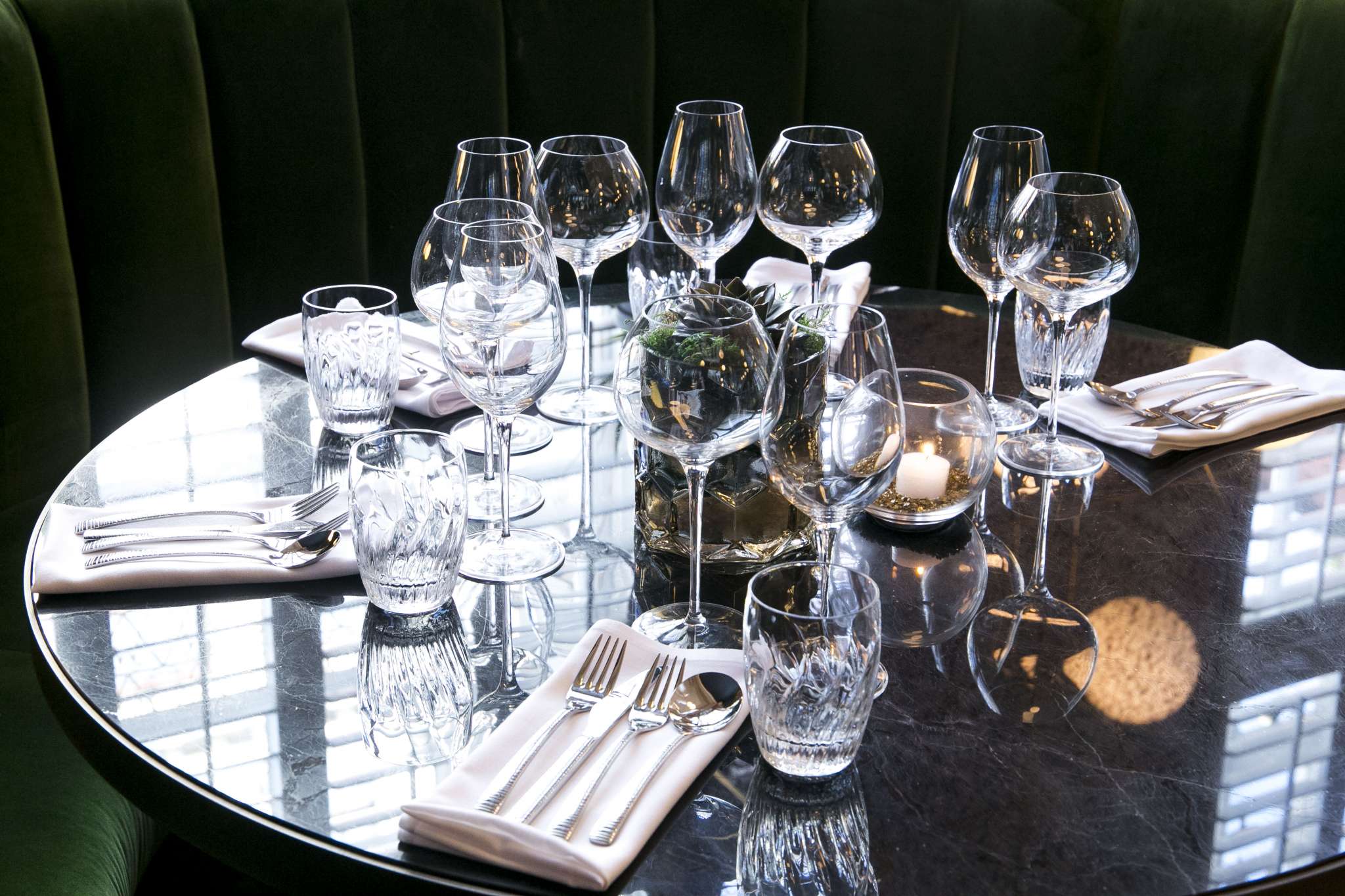 Manchester Hall’s conference and event spaces feature a variety of rooms that can seat between six and 200 people and that can be used for events including conferences, product launches, award ceremonies, private functions, parties and weddings. Unlike most venues, there will be the ability to choose rooms to use in a myriad of combinations – offering a truly bespoke planning service for wedding, conference and event planners. The ground floor Masons Restaurant Bar will officially open on November 3, the day after the launch event.

The building’s rooftop terrace – the biggest in Manchester – is scheduled to open early in 2018 along with six grand hotel rooms on the lower floors.

The former Memorial Hall is being leased separately as a restaurant space which will open in 2018. The Freemasons will continue to lease the third floor of the building for their own private use.

It’s been a huge undertaking, but we’re delighted with progress and we can’t wait to share the secrets of Manchester Hall. It’s amazing how few people know about this wonderful part of our city’s heritage and I think our guests will be delighted with the care and attention to detail that we’ve put into restoring Manchester Hall and making it ready for all our guests, both for our opening event on November 2 and beyond.