Do you ever pick up a magazine and wonder about how it came to be? I often think about the copious amount of work needed to produce an informative foodie publication such as Taste the Seasons, Derbyshire’s leading food and drink magazine.

In my mission to find out more about this engaging magazine, I caught up with editor of Taste the Seasons, Andy Darlington. Here is what he had to say about Derby’s dining scene, plans for the future and how to cook a mean crab and spring onion risotto.

Taste the Seasons is also up for Magazine of the Year, Headline of the Year and Feature Writer of the Year. I wish Andy the very best with this. Do Derbyshire proud!

Hi Andy, please tell us a little about yourself.

Hi Ria, I’m the editor and owner of Taste the Seasons (TTS), Derbyshire’s food and drink magazine. I began my career as a journalist just over 20 years ago on the Belper News. After cutting my teeth as a reporter, I became news editor with the Matlock Mercury and then a sub-editor at the Derby Telegraph. I then moved to the Nottingham Post as a production manager before volunteering for redundancy and launching the magazine. The first issue came out in June 2012 but TTS was a website long before that. 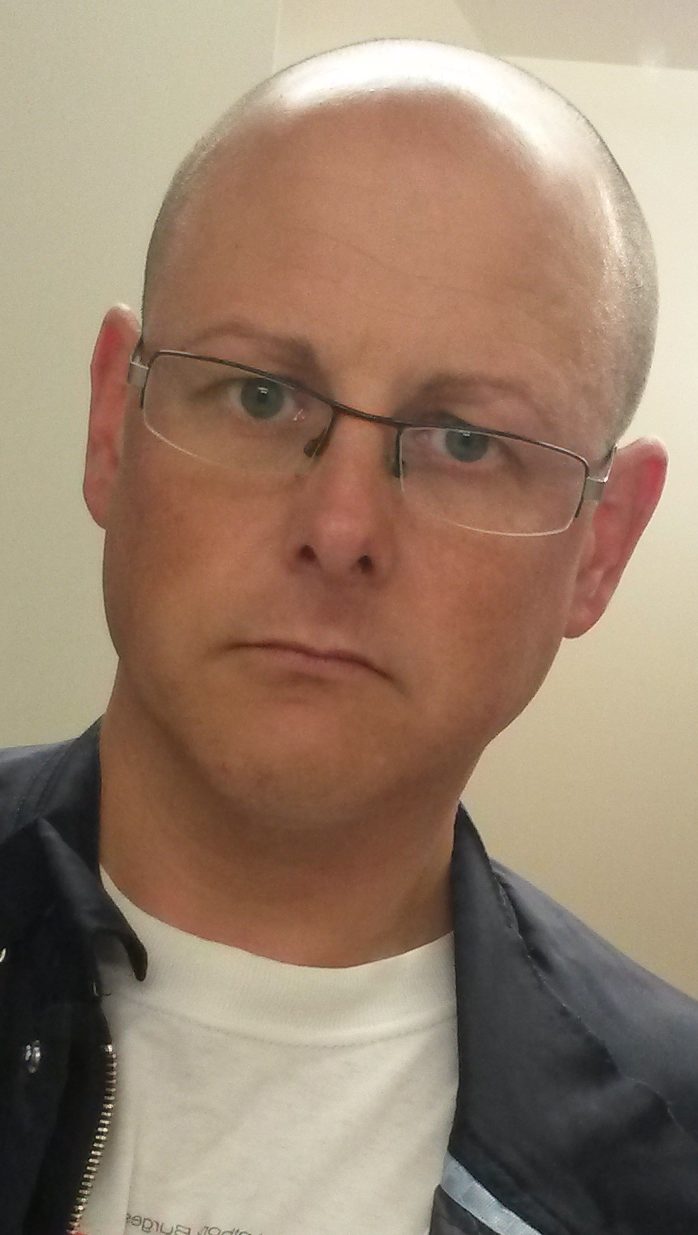 Describe a typical day for you at Taste the Seasons.

This is tricky because they’re all so different. One day, I could be selling advertising or designing adverts for the magazine. On another, I could be out interviewing an artisan food producer and then transcribing all my shorthand notes, writing the feature and doing the page layout.

How did Taste the Seasons come about? Great title by the way!

I’d just been made redundant in the horrible winter of 2010-11, when we had really deep snow which then froze for a month and just wouldn’t go away. I holed up in my cottage, lit a coal fire and started to watch old episodes of River Cottage online. I became utterly hooked and watched every episode ever made – about 75 back then – over the next few days. Hugh Fearnley-Whittingstall’s passion for real, local food inspired me to start the magazine. I just switched his Dorset for my Derbyshire. By the way, the working title for Taste the Seasons was “In Season” – until my sister asked me if there was going to be a picture of an Alsatian on the front cover!

How long does it take you to put together a full magazine?

It comes out quarterly, so I produce it over three months, although I do other things with my time, too, such as long-distance cycling. Until recently, I was back at the Derby Telegraph part-time, but have now left that role to build Taste the Seasons.

What is the best thing about what you do?

There are so many positives about what I do, such as reviewing fine restaurants, sampling amazing artisan products and being invited to hand out awards (I judged the Derby Food and Drink Awards’ Restaurant of the Year category this year and last year). But the best thing is meeting the people involved with food and drink across the county. They’re so passionate about what they do and have fascinating tales to tell.

And the worst thing?

Probably the pay! You don’t launch a regional magazine to become a millionaire, and I never will be, but the benefits far outweigh the negatives. The chasing up debts side isn’t that much fun either.

What is your opinion on the dining scene in Derby? How do you think it can be improved?

I remember dining out in Derby 20 or 30 years ago, and there was hardly anywhere to go that was truly exceptional. After a starter of prawn cocktail, you might have a main of chicken Kiev followed by Black Forest gateau. If you were lucky! British food was boring and we were the laughing stock of the world’s chefs. In more recent years, we’ve seen some fantastic cafés, bars, pubs and restaurants open in Derby – and more are opening all the time. Chefs have really upped their game, as they have nationally. So have the waiting staff, and restaurants more often than not look good and have atmosphere. In terms of improvements, I want more restaurants to use – and shout about – local produce. If your meat, veg or wines are from Derbyshire, say that on the menu! People want to know where their food has come from – especially after the horsemeat scandal. If they know it’s locally produced, they are more likely to buy.

Where is the best dish you have ever eaten?

It was on a ferry somewhere between Hull and Zeebrugge, in Belgium. I was on a press trip with a newspaper, and the journalists were treated like royalty. The dish was fois gras. Back then, I confess wasn’t as au fait with how the dish came about as I am now.

Do you cook often? If so, what’s your signature dish?

Yes, I cook most nights. Running your own food and drink magazine can play havoc with your waistline, so I began Slimming World two and a half years ago – you can eat loads of amazing food and still lose weight – and the recipes are fantastic. Since then, I’ve lost 3st 8lb and am nearly at target. In terms of signature dish, I make a mean crab and spring onion risotto from a recipe given to me by Stones restaurant, in Matlock. You can see that here: http://www.tastetheseasons.co.uk/magazines/winter2013/#p=8

Do you have any cookbooks?

Yep, loads. As well as my Slimming World tomes, I love anything by Hugh Fearnley-Whittingstall or Nigel Slater. I also really love ancient recipes, especially if they’re for a Derbyshire dish. We’ve done plenty of features on everything from the Bakewell Pudding and Winster Wakes Cake to the Derbyshire Oatcake and Hartington Stilton.

Christmas is around the corner. What can readers of Taste the Seasons look forward to in your Christmas edition?

The winter issue comes out on November 23 and will be filled with loads of festive recipes and treats. We have a Q&A with cake-decorator to the stars Mich Turner, plus features on fine tea up in Chesterfield; cooking with game, in Mickleover; and recreating some ancient recipes found in the archives at Chatsworth.

Which is your favourite season of the year? Why?

Definitely summer. I love the fact that you can sit outside with some great al fresco food and drink until the wee, small hours – and what’s not to like about warm sunshine, especially if you’re doing a 200km bike ride? Riding that far when it’s freezing cold, pouring with rain and blowing a gale isn’t exactly fun!

Where do you see Taste the Seasons in 5 years’ time?

I’d like to increase the amount of advertising income so that I can increase the pagination and, therefore, print more features, recipes and other content. A new website will be launched before long and, who knows, I may one day launch Taste the Seasons magazines in other counties. Although not five years away, it’s the Midlands Media Awards ceremony on October 20, and we’re up for Magazine of the Year, Headline of the Year and Feature Writer of the Year. It’s the fourth year in a row that we’ve been shortlisted, so I’d love to do well there.

If you weren’t publisher / editor extraordinaire, what would you be doing?

I went through primary school wanting to be everything from a fireman to a train driver. At college, I fancied a career in electronics (what was I thinking?!) and then I looked into being a sound engineer. But writing is my true passion, so I’m happy I ended up in journalism. If I wasn’t doing this, maybe a role with Slimming World Magazine!

Thank you for your time Andy!