Here is the second part in the series of a Q&A with Chris Zaremba, founder of Fitness over Fifty. He is a top fitness professional who first took up fitness when he was obese and under doctor’s orders at age 50. Now, ten years on, now he has lost a third of his bodyweight in fat, put on some muscle too, and has a cabinet full of fitness and fitness modelling trophies. I sincerely mean this when I say this is a must-read for anyone of any age wanting to get fit, especially if you’re panicking about fitting into your Christmas frock or dinner jacket.

For more on Chris, hop onto his website here: www.FitnessOverFifty.co.uk.

What will your Christmas dinner consist of?

It will be a very traditional Christmas dinner – roast turkey with all the trimmings followed by Christmas pudding and Christmas cake later, washed down with some of my favourite ales and wine. And I won’t be counting calories, and I’ll give MyFitnessPal the day off.

But I will do a 5K run at about 8am, after breakfast, at about 10am do a weights workout in the gym (luckily it’s a 24×7 one, so it will be open) – then back home to help prepare the family lunch, starting about 11am.

Do you have an Achilles heel, i.e. the one food you just cannot give up?

I don’t have any food that I give up entirely – although there are many that I cut down a lot on. Chocolate, cake, beer, bread and wine are all things that I love to eat – but these days I lower the quantity and heighten the quality. So, rather than 3 pints of rubbish beer, I’ll drink one pint of something special and craft-brewed. I use the term ‘Quality Not Quantity’ to describe the approach.

The exception is in the final two weeks before a photoshoot or contest – then I really do have to give up all the naughties.

Do you ever have ‘cheat’ days, where you throw caution to the wind and eat what the heck you want?

Absolutely! But it doesn’t have to be a whole day of cheating – if I’m going out on a big dinner and know that I’ll blow all the calorie and macronutrient guidelines to pieces, then I’ll consume rather less during the day – and plan to ensure I get my full dose of pre-breakfast cardio and resistance training later in the day.

Same for lunch – I can go absolutely bananas if it’s a social event with some good old friends, perhaps – but I’ll plan for that and have decent nutrition and exercise over the rest of the day. And if I ever have a full day as a cheat day? That’s pretty rare but I’ll usually find time for a pre-breakfast run both that day and as a hangover cure the day after!

New Year’s resolutions very rarely last, with 66%* admitting to breaking a resolution within one month. What is the best way to stay motivated after New Year’s Eve?

The problem with New Year’s resolutions is that people often plan to spend more time doing things – especially fitness things – such as ‘I’ll go to gym more often, I’ll do a morning run, I’ll spend time cooking from raw natural ingredients rather than chucking an instant meal in the microwave’ – but rarely do they identify those things they are going to spend less time on. 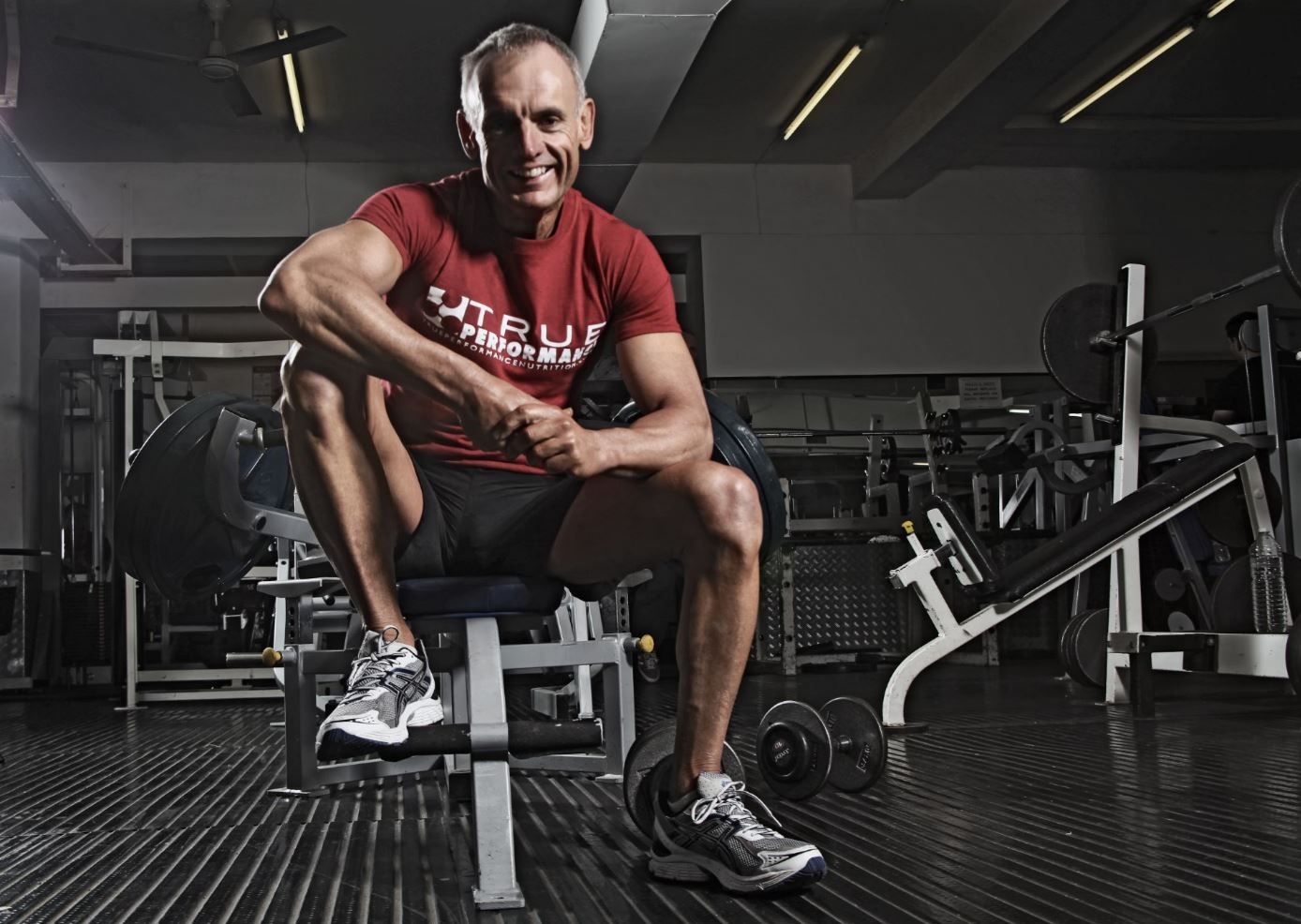 The day still has 24 hours, and if you’re going to spend more time doing certain good things, you need to recognise those things you are physically going to spend less time doing. Top of my list is less time on social media and less time watching TV – the average UK person spends over five hours a day on those.

Staying motivated also comes from seeing progress. I started getting into fitness ten years ago when I was fifty; the last thing I expected was to enjoy it – I was only following doctor’s orders. But when I started to see the numbers on the scales moving, felt the trousers getting a bit loser, and heard the compliments from my wife, then the motivation was there in abundance. The Magic Moment happened for me – where fitness activities moved from being something I had to do, to something I wanted to do. Motivation will never be an issue for me now, nor anyone else once they hit that Magic Moment point.

I cannot wait to hit this Magic Moment point. Yes I’m looking into health and fitness plans, I’ll update you as I go along in upcoming blogs.