Here is the third part in the series of a Q&A with Chris Zaremba, founder of Fitness over Fifty. He is a top fitness professional who first took up fitness when he was obese and under doctor’s orders at age 50. Ten years on, he has lost a third of his bodyweight in fat, put on some muscle too, and has a cabinet full of fitness and fitness modelling trophies. For more on Chris, hop onto his website here: http://www.fitnessoverfifty.co.uk/.

I’m in middle of watching Fit Happens, it’s very inspirational! What is the main message you want to relay from this very watchable, informative programme?

In the first series of ‘Fit Happens’, we tried to show ways of getting fitness into viewers’ lives’ that make it both easy and enjoyable, and don’t take a whole chunk of extra time. We point out that only slight changes in the way you do things – walk a bit quicker, choose foods based on the good nutrition within them, maybe come into the weights area at the gym as well as the cardio zone – can have massive benefits, especially when continued over a time. ‘Fit Happens’ isn’t targeted at the already sports-mad and fitness-dedicated person; its designed to help everyone to show how their lives potentially can improve with a little planning and priority setting in fitness. 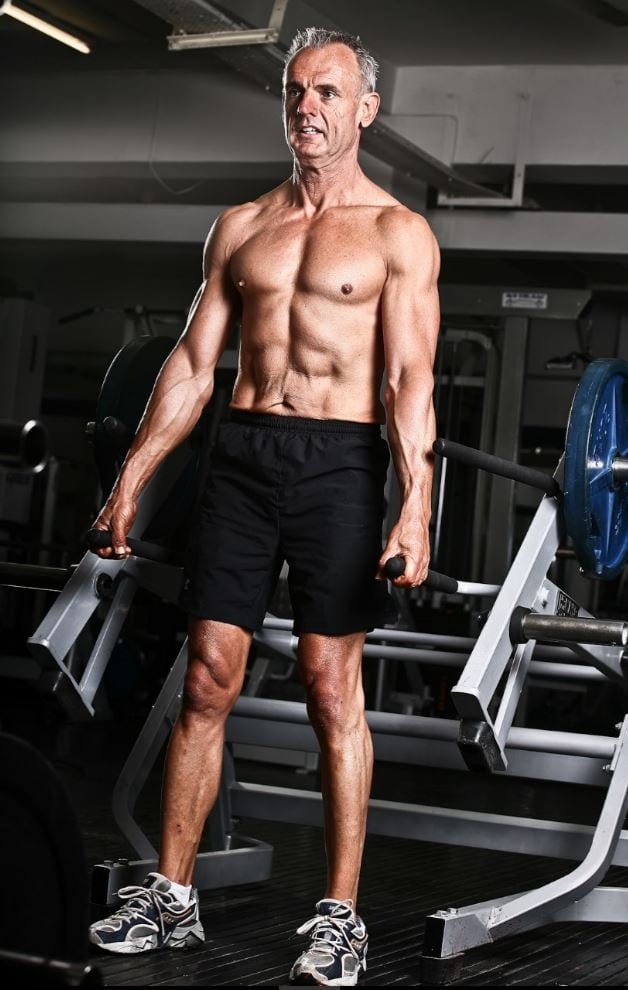 We also show how fitness can come into your life at any age – with me at 60, and Keith Cormican in his 30s – and both well-known in the fitness field. And the two ‘Generation’ specials, targeted at inspiring those who aspire to making a big change in their fitness and appearance, take this further by featuring the very broad age range of 20-60 with Dan Wynes and me taking on significant fitness challenges.

The first series of ‘Fit Happens’, along with the two Generation specials, are on my YouTube channel: www.bitly.com/ChrisVideos – the second series, which adds London-based fitness professional Nicola Feustel to the team – is now being edited and should be on TV early in 2017.

If you were Prime Minister, what would you do?

I have a few non-fitness priorities, such as those relating to traditional ale in traditional pubs – but I guess that’s not what you mean! In the fitness and health world, I would do everything possible to ensure people understand that looking after their own present and future health and fitness is their own responsibility, not the state’s. More adverts relating to healthy living, and plainer nutrition information on packaged foods.  There is already confusion amongst many about various types of fat, sugar and other carbs, salt and other numbers. That’s fine for a fitness professional, but probably too much for the average person. So I would introduce a Fitness Factor points on each food – a single figure based on a calculation of overall calories, how many calories from each macronutrient group, salt, fibre content plus micronutrient analysis. Each person is allowed so many points per day depending on gender, existing health parameters and goals.

Since a lot of adult activity is formed in the school – added to concerns about rising levels of obesity in the young – I would also introduce nutrition and exercise theory as a subject in schools, and – finally – absolutely stop selling off playing fields – get kids running around them instead!

Have you seen Chris’s videos? They’re informative and very inspirational. Here’s the link to all four episodes (http://fitnessoverfifty.co.uk/tv/), why not check it out? Happy viewing!