I first became aware of the term ‘brunch’ around a decade ago. It has in reality been in existence since the late 19th century when a British writer dude called Guy Beringer first alluded to the word ‘brunch’ in his 1895 essay. A portmanteau of ‘lunch’ and ‘brunch’ might be considered a cutesy marketing ploy. Yet, as brunch continues to rise in popularity in the UK, restaurateurs are overtly pushing their brunch offerings during the summer months (bottomless brunch anyone?) to render it a serious little money spinner.

Traditionally served between 9:00am till around 12:00pm, it’s at that in-between time where you fancy something more substantial than a bowl of cereal, yet nothing too heavy as to impact your actual lunch later. I adore brunch and see it as a weekend treat, where I can hit pause on my workload for a few short hours and forget those pesky deadlines that harangue me during the other 22 hours of the day.

And so it was on a Sunday morning that I found myself strolling down West Bridgford avenue to eventually rock up at Gusto Nottingham. I have reviewed this restaurant before, where I checked out their dinner menu (original review right here), so I had an inkling as to what to expect.

With the weather being unusually clement, we sat outside and took advantage of the beaming sun.

Gusto West Bridgford boasts an excellent brunch menu, that includes delights such as oven baked waffles, smoked salmon and scrambled eggs, and cinnamon toast (I will definitely be getting the latter next time). 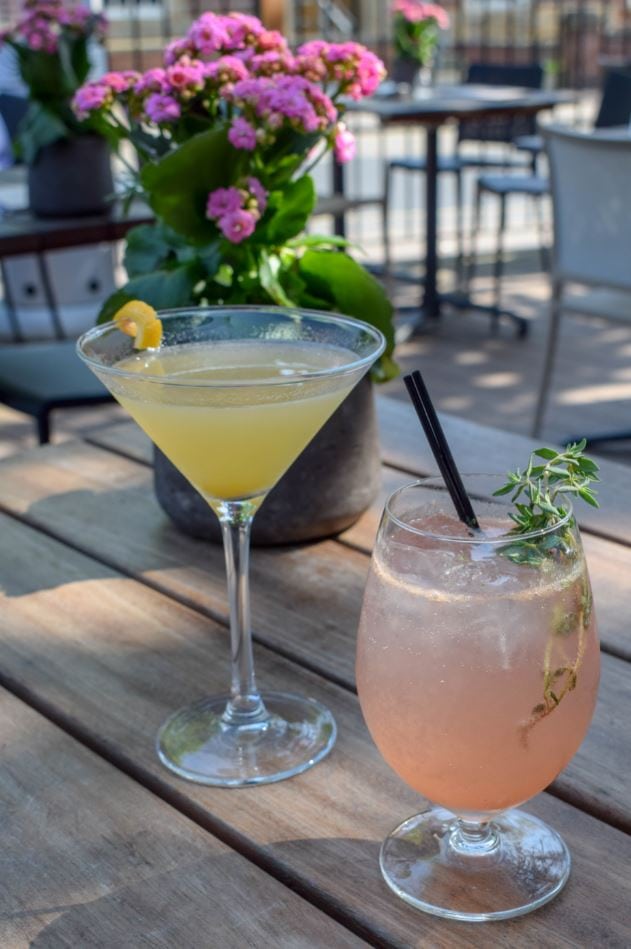 We kicked off with a few breakfast cocktails (yes I am totally down with this term). I sipped a cherry and thyme mimosa, which looked pretty as a picture in all its rose pink glory. I especially liked the hit of pink grapefruit and citrus notes augmented by the zingy tang of lemonade. Dining partner had the Sicilian breakfast cocktail (Tanqueray, apricot liqueur), which I found refreshing and more tangier than the cherry mimosa.

There are also smoothies on the drinks menu; they were out of Pash N Shoot, so maybe that’s one to get next time.

There is something so liberating about dining al fresco, as if your soul is being set free as it soars into a clear blue, wondrously cloudless sky. After deciding what to eat within a few minutes (having brunch should never be stressful), we calmly awaited our food, whilst basking in the golden sun. Speaking of sunny weather, I’ll be honest, having brunch reminds me of being on holiday (that’s why I love it so much).

We had an 11:00am reservation, and the restaurant was already very busy. I love a bustling restaurant, and there is a spot-on vibe at Gusto West Bridgford, because although the GM fits in a fair amount of covers, the seating is adequately spaced, so it doesn’t feel as if you’re in a chock-a-block restaurant. 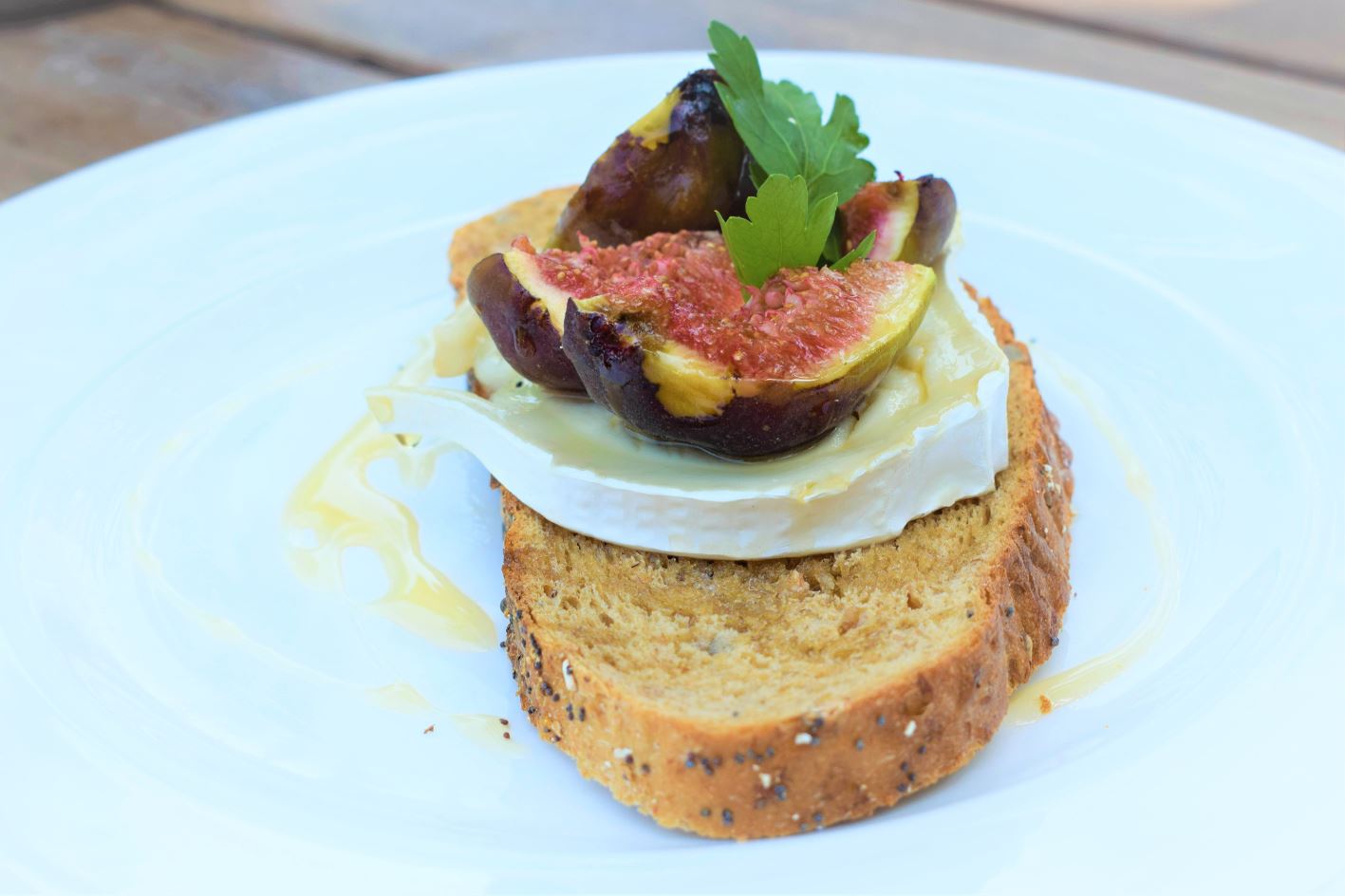 I kicked off with a toasted seeded bloomer (goats cheese, fresh figs) which I thought was heavenly. I especially loved the drizzle of warm honey, whilst the generous medallion of barely melted oozy goats cheese was tangy and stunning with the sweet fleshy figs. 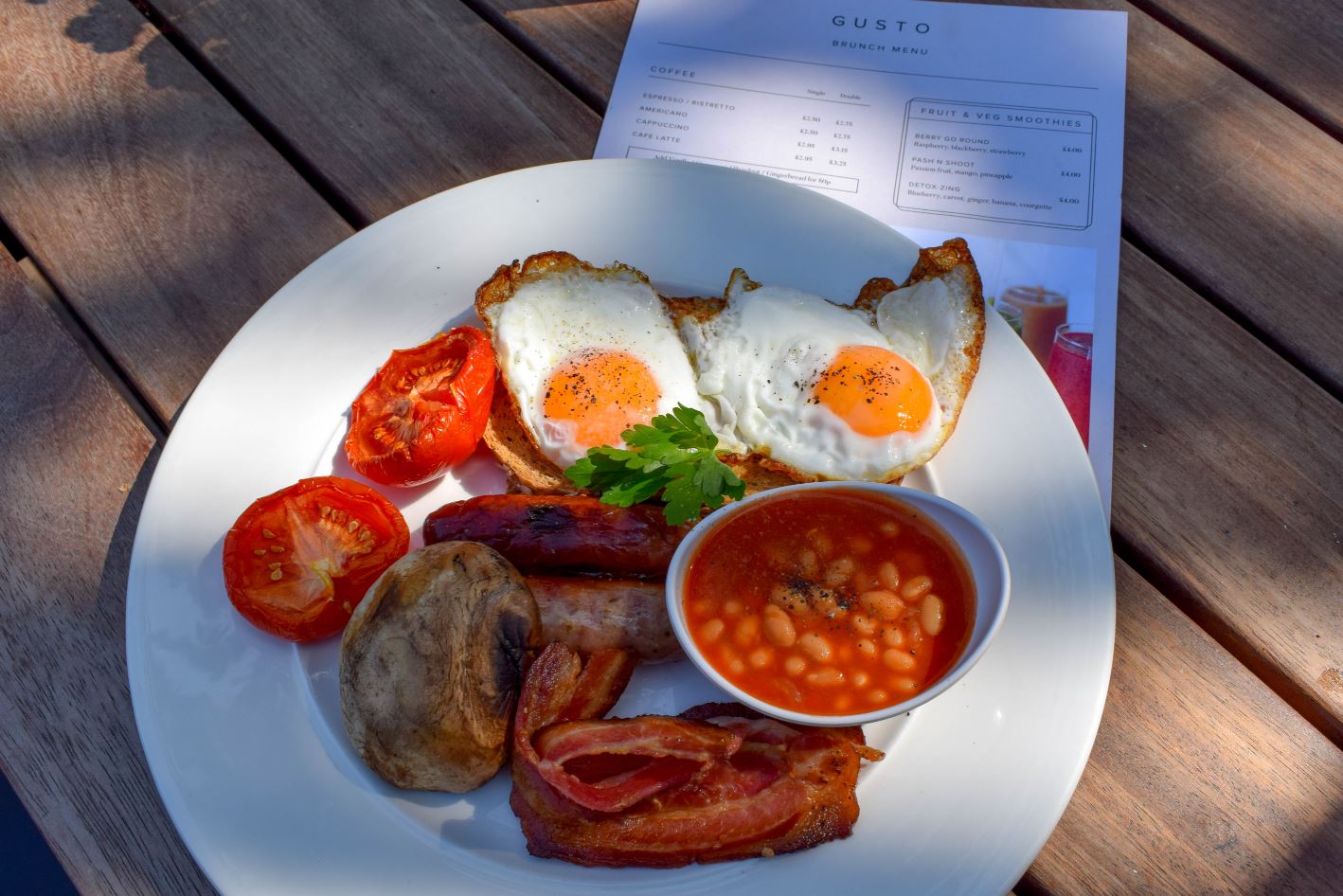 Dining partner had the full English (smoked bacon, sausage, baked beans, mushrooms, tomato, eggs, toast). The sausage was gorgeously seasoned in all its herby handsomeness (no that isn’t a word, yes I just made it up), whilst the smoky undertones of the bacon rendered this to be one of the best breakfasts I have eaten in a long time. 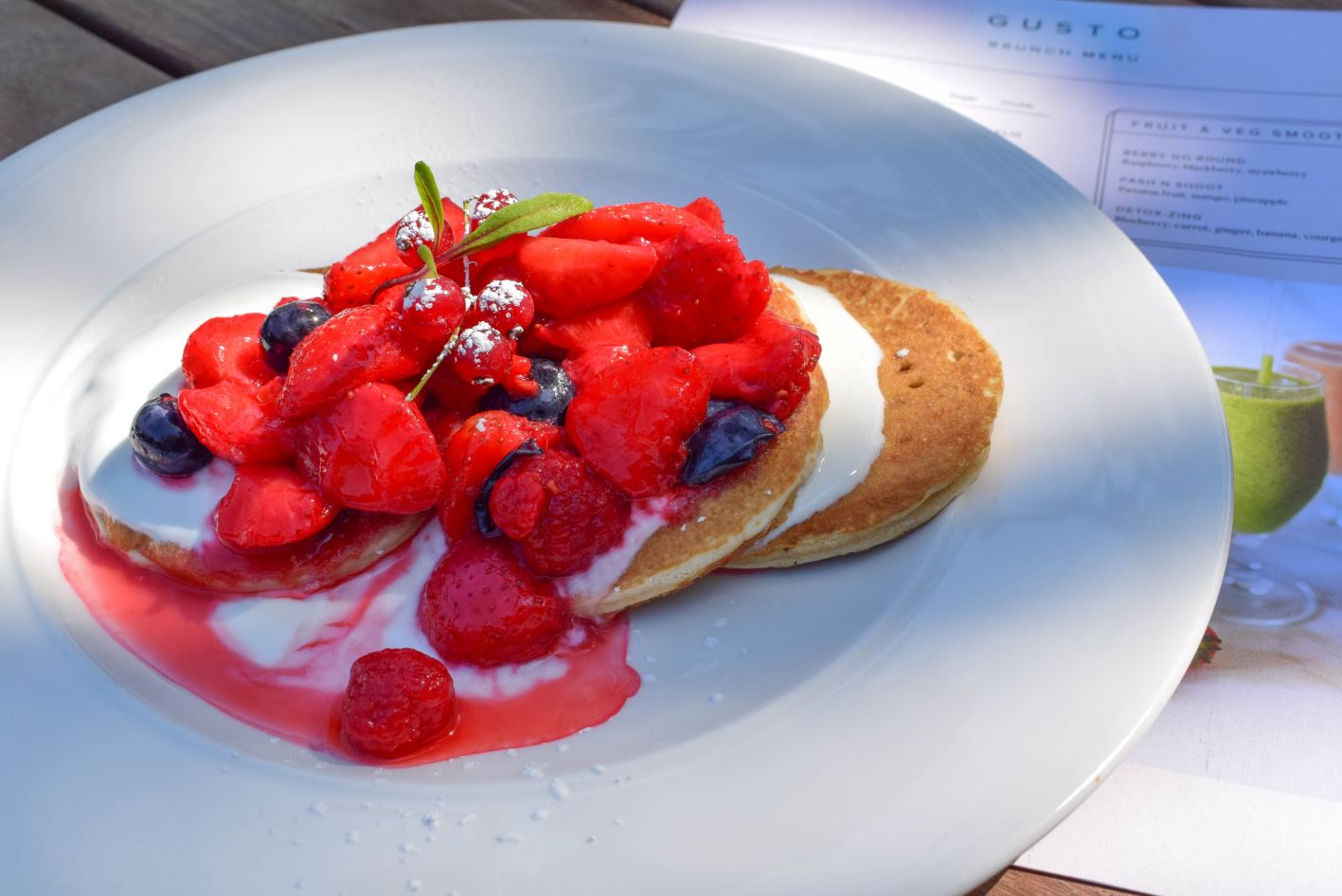 We shared warm buttermilk pancakes, which arrived with a flourish of fresh berries. Soft and spongy pancakes held well in the face of a Greek yoghurt onslaught, making this another winner of a dish to celebrate the weekend with.

I love it at Gusto. Thank you to the front of house staff for providing service with a smile.