As we’re firmly in November, and Christmas is peeking around the corner, I can officially say ’tis the season to be jolly. What plans have you got for the festive season? If it means parties galore, especially on a school night, and you’re prone to a hangover then read on.

I detest being hungover. It is a phenomenal waste of time. Back in the day, I could saunter into work on 10 minutes sleep. This was after an evening imbibing the good stuff (Bellini and Prosecco are my go-to drinks, just in case you see me out and about and want to buy me a drink), and I could still function through the ensuing bad hangover. It seems, the older you get, the intensity of the hangover increases. I don’t over-indulge on the drink front often, but when I do, I suffer for two days solid. It is as if clog-wearing pixies are dancing a godforsaken merry dance on my temples, microphones attached to their inconsiderate mouths, as they mock me in the depths of despair as I stave off my hangover.

Now, I automatically think of supplements as being vitamin or mineral supplements, which is why I was intrigued to hear about HangZing, the UK’s first drinkable hangover supplement. Containing a blend of herbs, electrolytes and vitamins, the two-bottle flavour profile is sweetened naturally from pure Canadian maple syrup and is suitable for vegans.

First of all, the science bit. How does one get a hangover? In a large nutshell, as the liver metabolises alcohol, a compound by-product called Acetaldehyde is produced, which is the bad guy. Think of him – Mr. Acetaldehyde – as the Wilson Fisk in this scenario (yes I have been glued to Daredevil season three, it is all levels of epic). Mr. Acetaldehyde causes headaches, nausea, fatigue and all those not-so-nice feelings attached to being hungover. How HangZing works, is by harnessing powers of its key ingredients of hovenia dulcis, milk thistle, nopal cactus and Siberian ginseng to facilitate the breakdown of Mr. Acetaldehyde into smaller, digestible components. In addition, the benefits of the other ingredients (aloe vera, vitamin B complex, vitamin C, and turmeric) work towards dispelling a hangover. 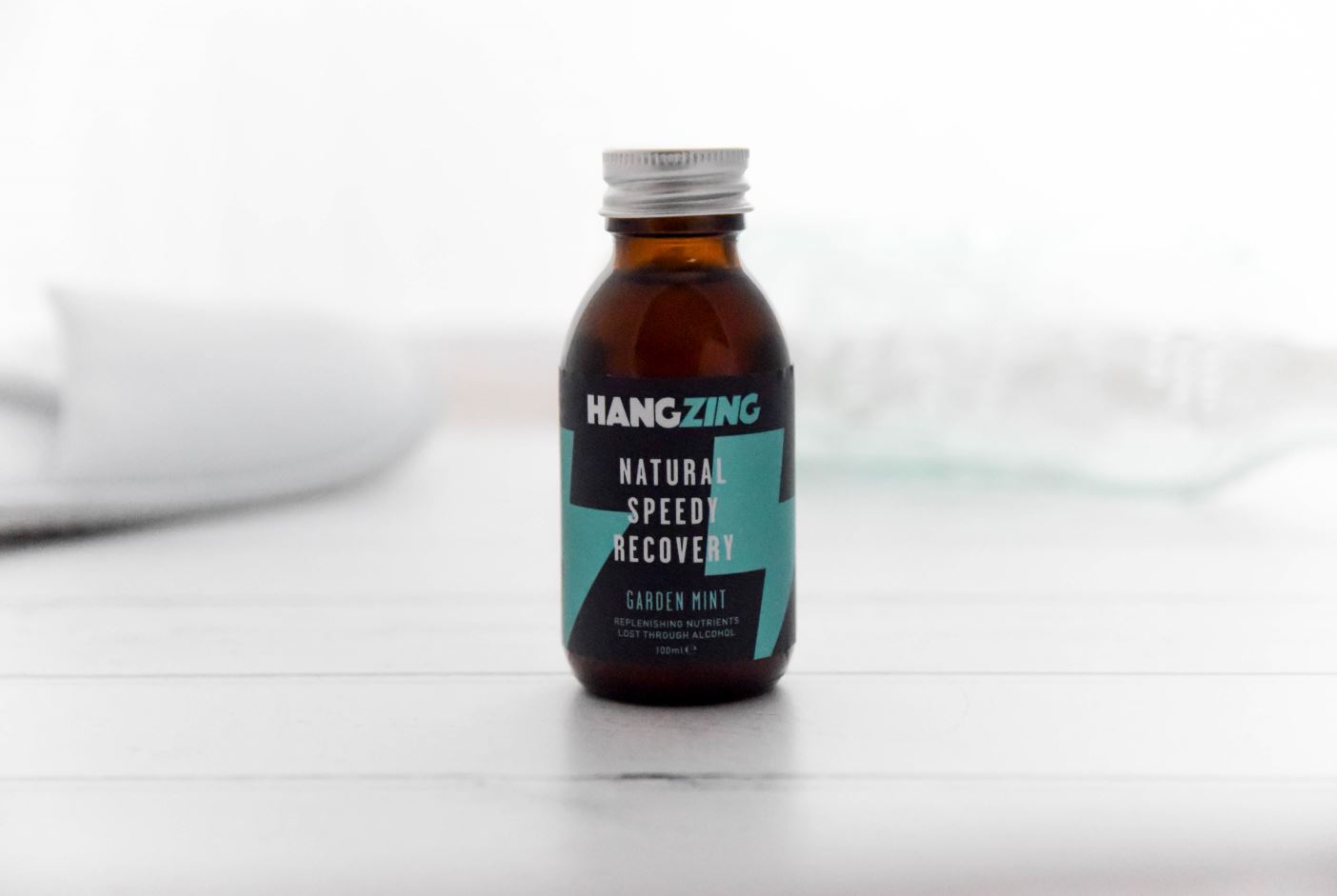 There are two flavours; Garden Mint, and Lychee with Lemongrass. Each bottle contains 100ml, which is supposed to be sipped just before you turn in for bed. I tasted both bottles and found them pleasant to drink. They weren’t overtly sweet, and whilst the mint had a herbier edge, I found the lychee flavour was my favourite due to its fragrant base.

Would it work? That would mean taking the HangZing supplement when I was hungover. To test this theory, I had to do the obvious – get a little tipsy. It wasn’t difficult. A few glasses of wine is all it takes nowadays, and so it was, that in the name of research, I poured myself a few large glasses of rosé with extra vigour on a Saturday night. I have never looked forward to a hangover, but this time round, I was intrigued by the result. Unleashing my masochistic streak, I drank half the wine bottle on Saturday night with aplomb. Just before bed, I had one 100ml bottle of HangZing along with a medium glass of water (I was aiming for large but dislike drinking loads of water before bed). After falling into the arms of a deep slumber, Sunday morning arrived, and I had forgotten about my little experiment.

How did I feel? A arose a little bleary-eyed, but there was no sign of a headache, extreme tiredness or stomach-churning nausea. I actually felt alright, and managed to go food shopping and function pretty much as I would on any other normal, non-wine-fuelled day. I was very thirsty, but more than anything, I was surprised by lack of tiredness.

I had managed to get a solid 6 hours’ sleep, so that obviously helped me feel better the following day. I pondered the tiredness factor. I am prone to head-colds and suffer food allergies – I get funny with certain mushrooms and egg, especially raw egg based dishes including salad dressings and mayonnaise. When dining out, and I have chips as a side dish, I will always indulge in a few swipes of mayonnaise (like Harry and Meghan, chips and mayo belong together). When I do eat the restaurant mayonnaise (for some reason, most eateries don’t serve vegan mayonnaise), I know full well that I will be out of action the following day, because it doesn’t agree with me.

What if I could sip a bottle of HangZing just before just bed, when I knew I would have a head-cold coming on? Or perhaps drink HangZing on the night of eating my beloved mayonnaise, so as not to dread the following day of illness that always ensued? I have yet to try this little experiment – when I do, I’ll update this post. For now, I can say that HangZing left me hangover-free, albeit thirsty – which was easily remedied by drinking copious amounts of Brita-filtered water. 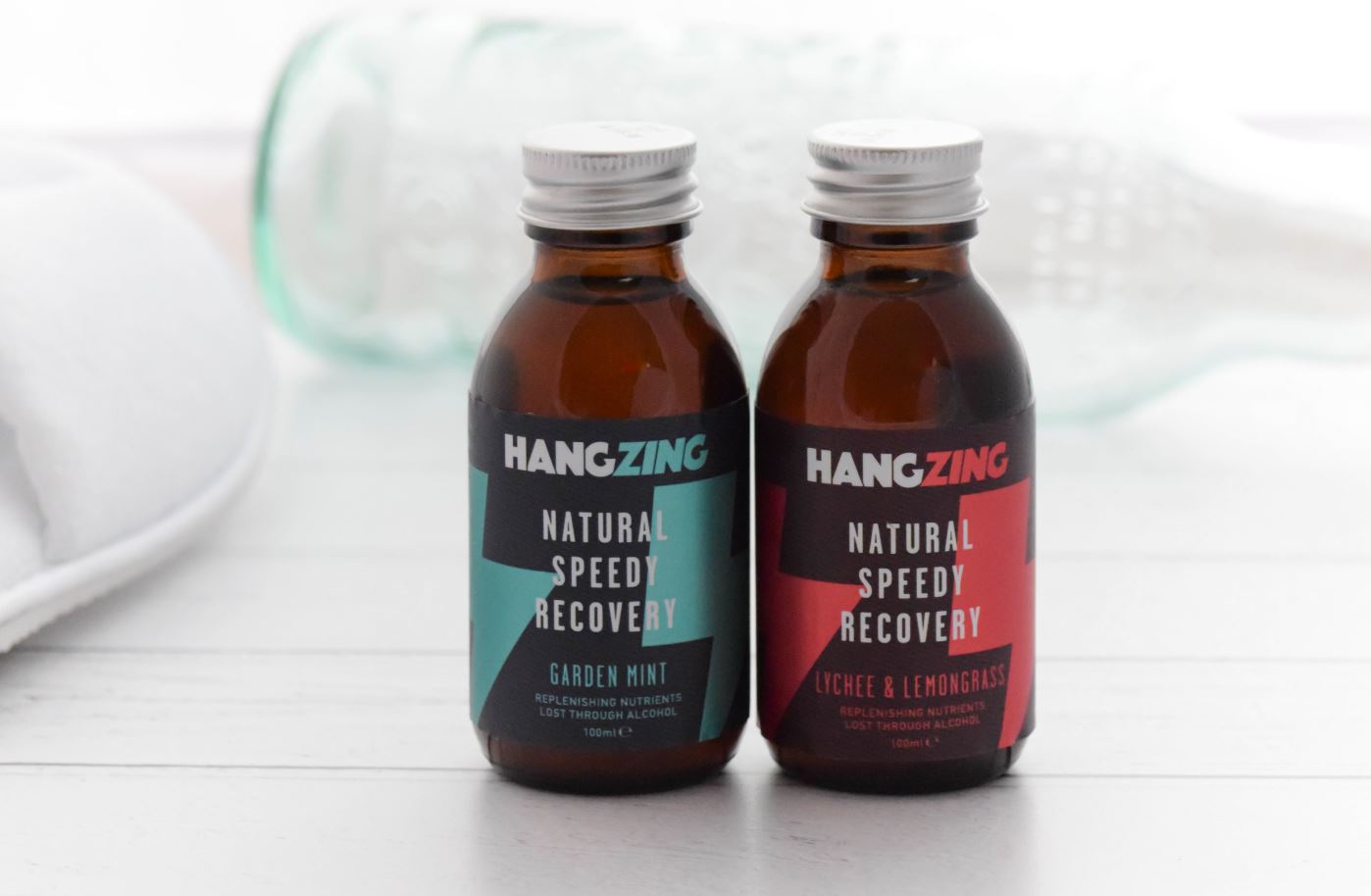 My partner tried a bottle of HangZing from the fridge, and he liked the Garden Mint flavour; I have a feeling that he may be having that when he goes on his Christmas party.

I recommend drinking HangZing during the festive season, and I will also be trying it when I have a dreaded headcold coming on (I usually know the day before as symptoms take around 24 hours to manifest themselves).

For more information about HangZing, check out their Twitter feed @hangzinguk now.