Manchester based creative agency, Shoot the Moon, has launched “It’s Cooking Good!” a cookbook filled with recipes from restaurants in Ancoats and the Northern Quarter in order to raise funds for the Royal Manchester Children’s Hospital Charity.

Celebrating the launch at NAM, Ancoats, the charity cookbook has over 20 local restaurants involved, sharing recipes that make the venues well-known favourites.

Established eateries featured in the cookbook include Yard and Coop, Cottonopolis, Kettlebell Kitchen and Sweet Mandarin. New restaurants in the book include Canto and NAM, both of which have opened in Ancoats this year. Elnecot also joins the line-up, recently winning ‘Best New Restaurant’ in the UK and ‘Best New Restaurant in Manchester’ in the British Restaurant Awards 2018, beating shortlisted restaurants such as Jamie Oliver, Gino D’Acampo and Heston Blumenthal.

Here is a recipe from Sweet Mandarin based in the Northern Quarter. I have the sisters’ cookbook at home and love their recipes, which is why I cannot wait to try this crispy chilli pork. 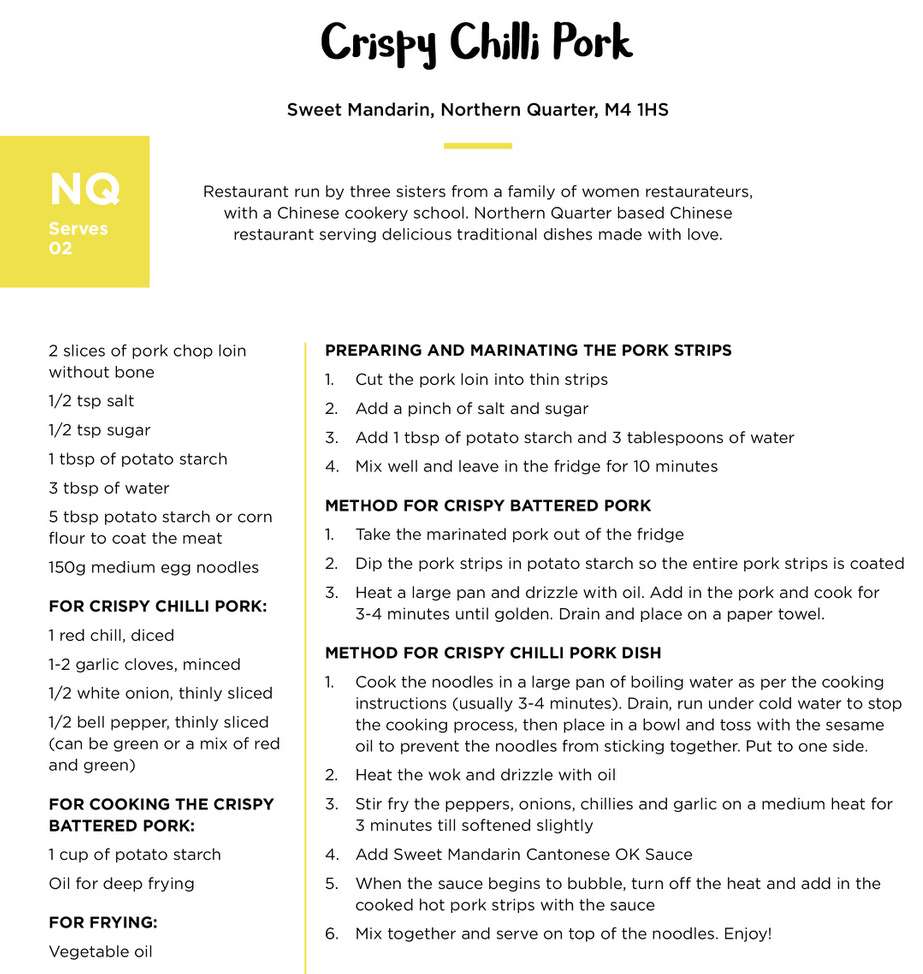 The Royal Manchester Children’s Hospital Charity’s Many Hands Campaign challenges businesses to fundraise through innovative initiatives. This year the funds will support The Children’s and Adolescent Mental Health Service at the Hospital. High-profile entrepreneur Theo Paphitis, of Dragons Den fame, is supporting the campaign for the seventh year running.

Theo commented, “Many Hands is an excellent initiative which affords small and medium-sized businesses the opportunity to make a tangible contribution to their local hospital charity. It demonstrates how working together they can make a huge difference to the children treated at the hospital’s Child and Adolescent Mental Health Service Unit.”

Shoot the Moon have designed and produced the cookbook, with printing by local digital print company Entwistle’s who have offered a substantial charitable contribution to the production of the cookbook.

The book is set to retail at £10.99 with the aim to raise a minimum of £1,000 in profits for Royal Manchester Children’s Hospital Charity. Darren Hickson, winner of the Pink Lady Food Photographer of the Year 2017 award, shot the featured dishes at his studio STM Photo UK, based in Ancoats. 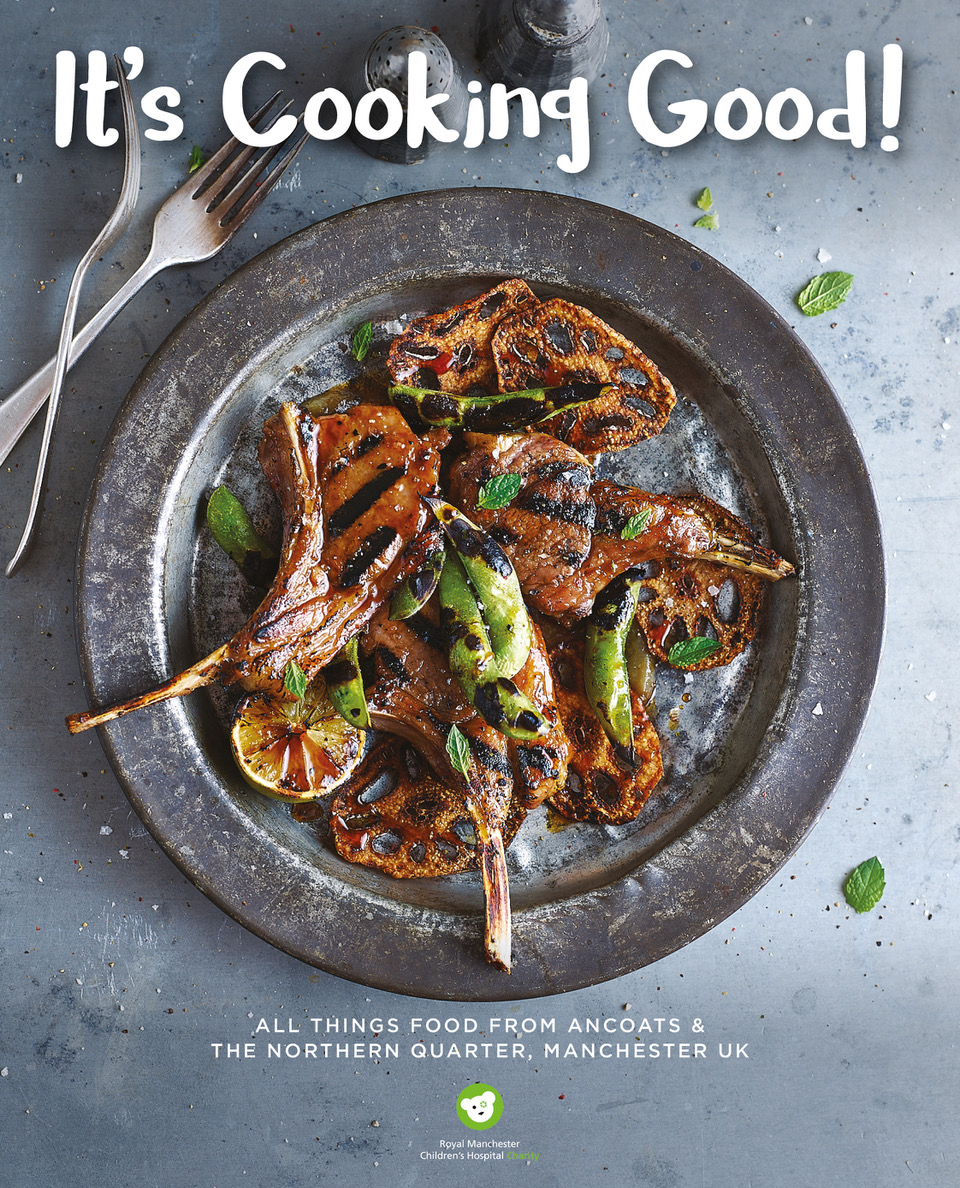 Commenting on the Kickstarter campaign he says, “The RMCH Charity is our nominated Charity this year, so we wanted to do something memorable that involved our wider community and take part in the RMCH Charity’s Many Hands Campaign. The book is a homage to the independents’ flair and creativity, bringing Manchester together through great food. You can now take it home and turn dinner into a good deed.”

Following a successful Kickstarter campaign in August, during which £3,200 was raised in just 16 days, “It’s Cooking Good!” is now available to purchase from Amazon and selected venues in Ancoats and the Northern Quarter, with £3.24 being donated per book sold.