Sir Ian Botham OBE has launched his new range of wines at the home of cricket, Lord’s. He unveiled the collection of premium Australian wines in front of specially invited guests and a select crowd.

Sir Ian Botham OBE is arguably one of the greatest cricketers that England has ever produced, and his sporting career has been well documented over the years.

What is less well known is that during both his sporting career and then since retiring, his role within the media, he has spent time nurturing one of his passions away from the game – wine, and the art of making it.

Wine flights in restaurants across the country continue to rise in popularity and indulging in his passion for wine-making is a savvy move by Sir Ian. I am especially intrigued by The Botham 76 Series Margaret River Chardonnay 2017 from The Sir Ian Botham Collection, whose tasting notes include white peach and citrus. I imagine this wine to go well with a French-biased cheese-board, and envisage it to be also very popular in the festive season.

I cook at least five times a week, and I’m on a mission to wine-match with dishes I create at home. I roasted a whole cauliflower head yesterday, and I was researching drinks to go with this dish. The Barossa Valley Single Vineyard Shiraz 2013 would be an excellent drinking companion to my cauliflower dish, whose forest fruit notes would marry well with the yoghurt base marinade.

For over 40 years, Sir Ian Botham OBE has travelled the world and has had the enviable opportunity to appreciate and learn the craft of wine-making, having always harboured a passion for wanting to create his own range of wines.

“I’m absolutely thrilled to be able to reveal my new wines and to have had the opportunity to work with the team at Benchmark Drinks in developing the range. Together, we’ve spent a considerable amount of time working with some of the most renowned winemakers in Australia and New Zealand and I truly believe the wines we’ve bought to market are exceptional varietal examples from their respective regions,” Botham commented.

“My philosophy going into this was simple. I knew the style of wine I was looking for, and I wanted to bring exceptional but fairly priced wines to market. We have focused the first phase of our launch on Australian wines and we are looking forward to presenting new origins and products in the near future – watch this space!”

Paul Schaafsma, Managing Director of Benchmark Drinks, was thrilled to be launching the wines.

“It has been an absolute privilege working with Sir Ian on his new wine range. His relentless enthusiasm and passion to find the best possible wines has driven this project. Together we travelled to all corners of Australia and New Zealand working with only the most respected producers in their regions. Ian understood exactly the style and quality he wanted to achieve and was not swayed at any turn. So many blends were rejected in the process, we just didn’t stop looking until the smile appeared on his face that confirmed we had found it. It is incredible the interest we have had from so many top producers who want to be involved.”

During the development of this brand, Benchmark Drinks conducted extensive market research to ensure the proposition was a strong fit with target consumers. The positive results suggested that 85% of UK wine drinkers know of Sir Ian and consider him a sporting legend or know about his extensive work for charity. It also suggested that the equivalent of 4.6million UK wine drinkers said they would definitely try a wine that had Sir Ian’s name on it. More impressively, the research indicated that 38% of UK wine drinkers said they would hunt out wines from the Botham range next time they went shopping, which is the equivalent of 16.4m people across the UK!

The research also concluded that some 13million consumers claim they find it difficult to choose a wine and over 19million say they just look for a name that they recognise. For any new wine brand to be successful, it must provide reassurance to consumers and doing that through a name they recognise, respect and trust is a tried and tested winning formula. 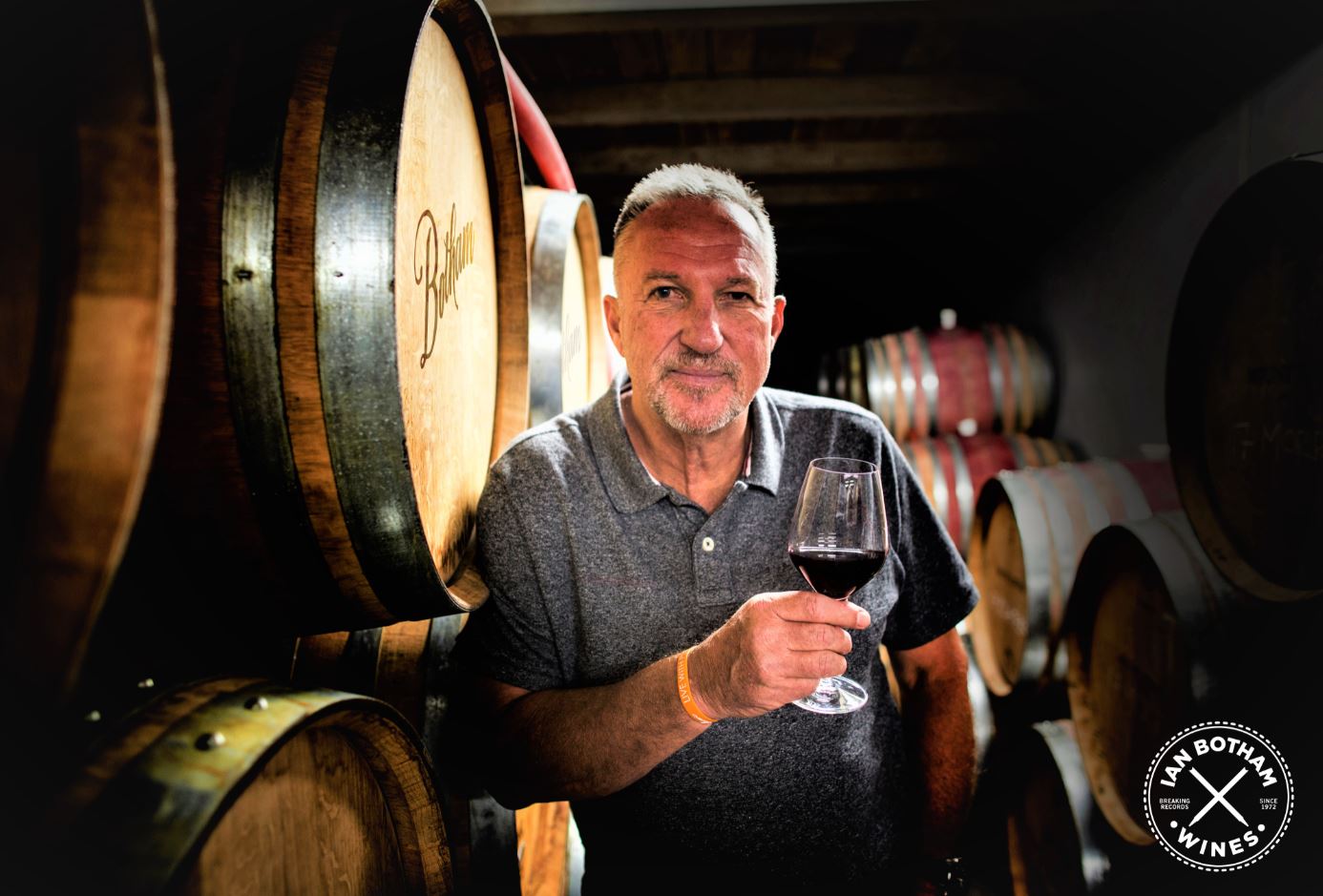 The Botham All-Rounder and The Botham Series wines will be available on general release in the Autumn 2018 and in the meantime, they can be pre-ordered with exclusive offers, through www.bothamwines.com.

*Online consumer research was carried out by Benchmark Drinks on 18th July 2018 with a nationally representative sample of UK wine drinking adults.

More information about the wines:

Botham All-Rounder wines are sourced from various premium regions across South Eastern Australia, with the Chardonnay and Cabernet Sauvignon retailing around £8.99.

The Botham Series wines are a selection of premium regional wines from some of Sir Ian’s favourite winemaking spots in Australia.  Each one of the wines in the series are given a number that represents a year that is memorable to Sir Ian. The Barossa 81 Series Shiraz is, of course, in memory to the year that Botham singlehandedly took the Ashes from the formidable Australian team.

The Sir Ian Botham Collection are premium, small parcels of exceptional wines that have been made in partnership with well-known and hugely respected winemakers in Australia. The Barossa Valley Single Vineyard Shiraz was crafted together with Nick Badrice, the award-winning chief winemaker for Dorrien Estate and Krondorf winery. The Adelaide Hills Chardonnay was blended with head Vigneron, Marty Edwards, at the boutique The Lane Vineyard and finally, when deciding who to turn to when looking to craft the best Cabernet Sauvignon possible, Sir Ian partnered with his old friend and wine-making legend, Geoff Merrill, to craft the superb Coonawarra Cabernet Sauvignon.  These 3 wines are the first to be released under this label and will be sold exclusively through Berry Bros & Rudd and via www.bothamwines.com with the expected retail price of £30.