A poll of members of the Asian Catering Federation (ACF) has put Labour head of the Conservatives, contradicting all other national polls.

The Federation, which represents the nation’s 35,000 curry restaurants and takeaways, emailed its membership regarding their voting intentions, ahead of a VIP gathering held at the House of Commons on Monday 15th May, to honour the country’s best Asian and Oriental chefs.

The nationwide poll, based on more than 1,000 returns, put Labour on 36 percent, ahead of the Conservatives with 29%, the Liberal Democrats on 21%, with 14% intending to vote for other parties or undecided.

The ACF, which lobbies Government on issues such as skills shortages, VAT and work visas, is politically neutral – not supporting any one party. Although it did back the Remain cause in the Brexit Referendum, fearing a loss 20,000 EU nationals who work in the UK hospitality sector.

The survey does not claim to be scientifically weighted or representative of the wider community.  Many of its members live in inner city Labour strongholds.  But the ACF claims the findings are significant and will strengthen its position when lobbying government ministers and advisers.

“As small business owners, our members should be natural Tory voters, and whilst it’s true that many have switched political alliance from Labour to Conservatives in recent years, many are still wary of what they perceive to be an exclusive and elitist club,” said ACF Chairman Yawar Khan, adding, “Personally, I have attended Conservative Party conferences for many years and always found them welcoming and engaging.

“The Labour and Liberal parties are more involved with ethnic communities and many of our members feel that the government is not addressing key issues of skills shortages and high levels of VAT,” said Khan. 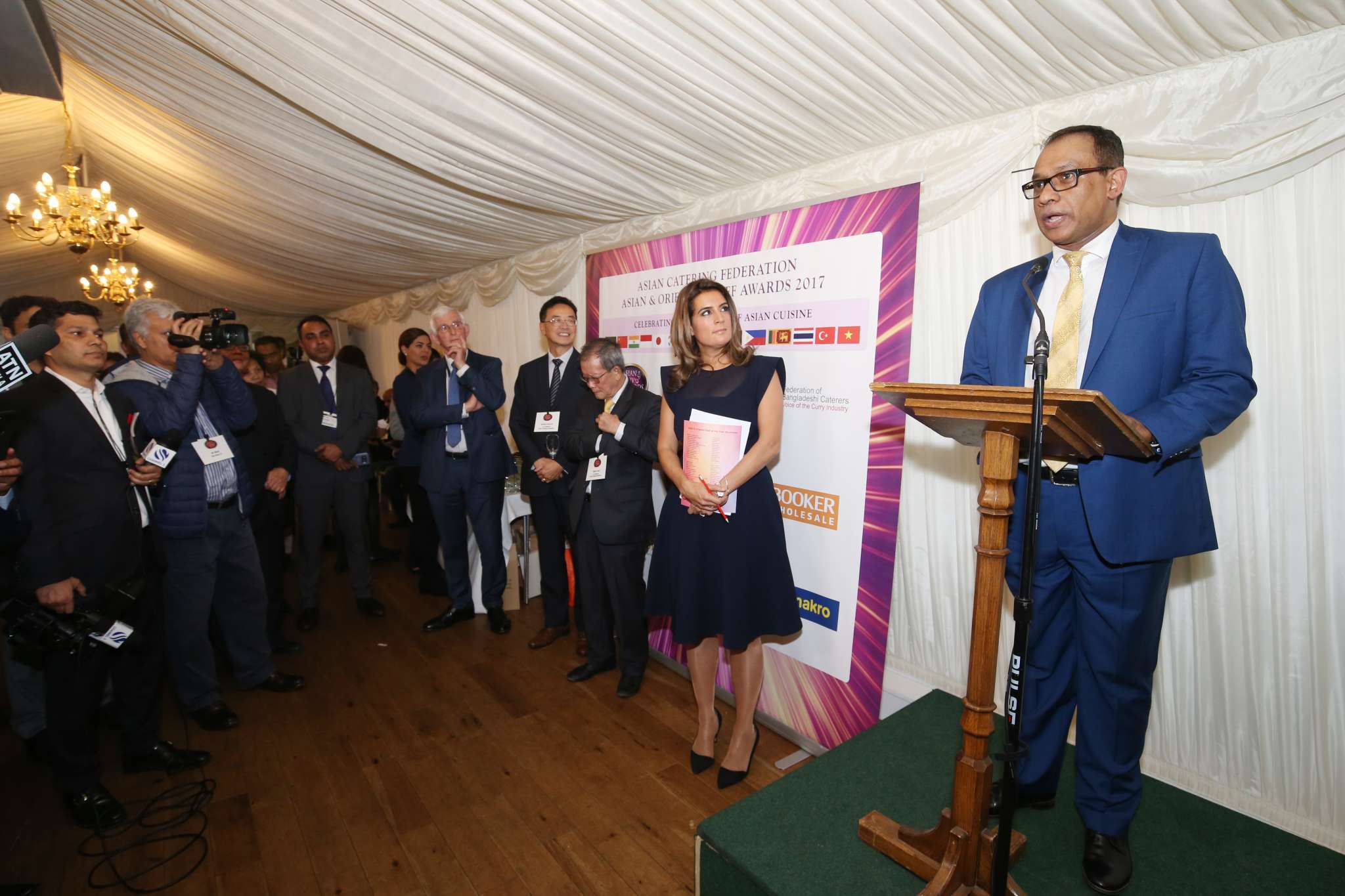 The ACF invited the curry chefs to a special presentation ceremony, hosted by TV presenter Samantha Simonds.   The top chefs were determined by public vote, which was topped by Alun Sperring of Chilli Pickle; Will Bowlby of Kricket and Karam Sethi of Hoppers.

The evening was attending by an impressive array of VIPs and dignitaries including the High Commissioners of Bangladesh and Nepal, Lord and Lady Sheikh.

The event was also used to launch the full Asian Curry Awards 2017, organised by the ACF. The nation’s top Asian and Oriental restaurants will be revealed a glittering award ceremony in November.

A panel of judges led by the Cobra Good Curry Guide editor Pat Chapman, will now visit these venues.  Two overall winners (one casual, one fine, dining) will be announced at the November ceremony, along with other national and regional awards.  The full list of categories can be seen, and online nominations made, at  www.asiancurryawards.com.nominations

The 7th Asian Curry Awards will take place at the Grosvenor House Hotel in Mayfair on Sunday 12th November 2017.