Tast will be an authentic celebration of the Catalan culture, with doors opening on 20th July on King Street, Manchester.

It is all systems go at Tast Cuina Catalana, roughly translated as ‘Taste from the Catalan Kitchen’. With just under two weeks to go for one of Manchester’s biggest restaurant launches, excitement is building as Team Tast share sneak peeks via Instagram to whet public appetite.

Tast’s Executive Chef Paco is the renowned international patron-chef of two Michelin 2* restaurants – Miramar, in Llançà, (Girona) and Enoteca at the Arts Hotel in Barcelona, a city where he has six restaurants in all. He is also behind the Michelin 1* Restaurant Cinco at the Hotel Das Stue in Berlin. 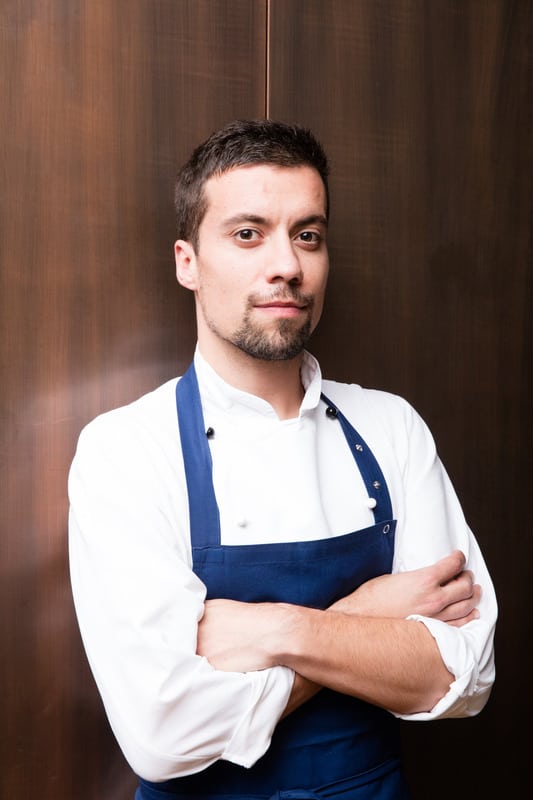 Head chef at Tast will be Miquel Villacrosa, formerly head chef at Restaurant Cinco in Berlin after a year at Miramar. Miquel, 27, is a Catalan who grew up in Sant Hilari Sacalm, a small mountain town where he helped out in his parents’ restaurant.

Says Miquel: “Sant Hilari Sacalm is a small town, lost in the mountains, with a lot of water, mushroom culture and gamey gastronomy – so you can imagine how shocked I was my first time in Miramar. I fell in love with Paco’s vision of cuisine and of how he was as a chef and as a person – he cared for me like no one before.

“I consider myself an ambitious person and a passionate learner, who never gives up, who tries to be a good leader and to do things a bit better every day, as Paco has taught me. When he asked me to be head chef in Manchester it was a challenge I just had to accept.”

Pep Guardiola, Txiki Begiristain, Ferran Soriano are among the investors in the restaurant. Acting in a personal capacity the investors have teamed up with the independent Fazenda group, whose directors’ passion for South American cuisine has made their award-winning ‘rodizio’ grilled meat restaurants in Leeds, Liverpool, Manchester and recently-opened Edinburgh, a great popular success.

Tast will have 120-covers over three floors, with a casual dining and bar area on the ground floor, a first-floor dining room and a second floor with private rooms offering a tasting menu.

Despite Paco Pérez’s record, Tast Cuina Catalan is not pursuing awards, but will simply create a warm and friendly atmosphere for anyone wishing to experience the best of Catalan food and drink.

Catalonia is renowned worldwide for its gastronomy. Geographically diverse, it produces a variety of fresh, high-quality seafood, meat, poultry, fruit and vegetables. The Mediterranean Sea and the Pyrenees are the perfect environment for unique produce, and its distinctive cuisine benefits from French and Spanish influences. The region produces some of the best old world wines with renowned D.O.’s (Denominació d’Origen) including Penedès, Montsant, Empordà, Tarragona and Costers del Segre and one D.O.C (Denominació d’Origen Controlada), Priorat.

As well as serving traditional Catalan starters and mains, the Tast menu will offer ‘tastets’ – small portions and nibbles to savour and to share.

Paco Pérez says: “We are delighted to bring the Catalan cuisine to Manchester and to be part of the amazing team behind Tast.”

Fazenda director Robert Melman says: “We are hugely excited to be working with these amazing creative talents. Catalonia has a distinctive identity and culture from that of Spain and our ambition is to introduce people to its wonderful tastes and flavours. Paco’s reputation is immense and we will serve some of his and Pep’s favourite Catalan dishes, both traditional and with innovative modern twists.”