Street-food continues to enthral and entertain those craving a twist on regular food. I first heard about street-food around three years ago, at the Bolton Food and Drink Festival. Street-food wasn’t that big then – just a few stalls selling sliders and bitty snacks. Now, it’s turned into a genre all of its own. Over the past few years, we’ve seen new talent emerging, taking traditional food and given it the street-food treatment.

Firstly, how would I define street-food? It’s grab-and-go food, and the meaning is literally in its name – food that is supposed to be eaten on the street stat and sold from a food cart. I’ve been to a few street-food events, and there’s a certain buzz and zippy energy at these places. It’s great, because you feel that energy around you, which is somehow magically imparted into the food.

I caught up with Sheffield based Thomas Harry Miller, who owns The Gravy Train. His palpable excitement about his poutine and wider street-food scene is a joy to see. I have scheduled an exciting interview with him soon, so watch this space for a standalone post.

It was the last Bustler Market of the year, and this was going to be a little pre-Christmas treat from me to me. For the uninitiated, here is poutine in a snapshot. 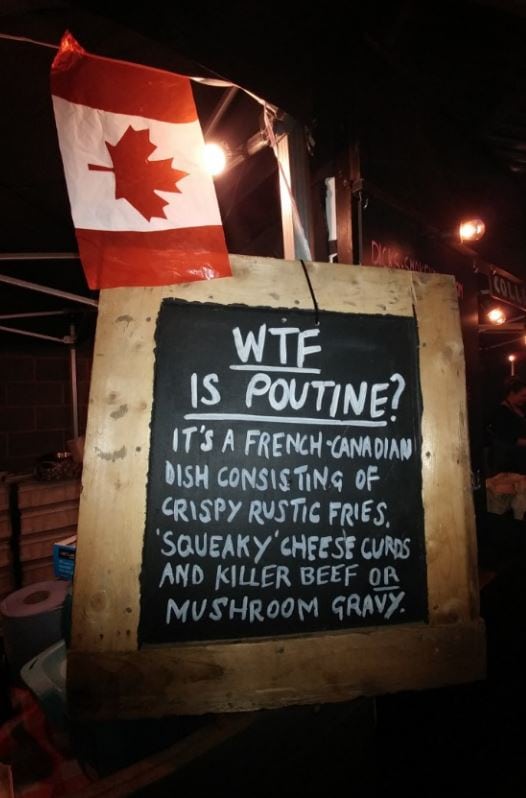 This is a fun, quirky placard, which I think nicely sums up Tom and by proxy, The Gravy Train’s characteristics. Poutine is the dish as a whole, fries, curds, gravy and all. I had heard about poutine from a fellow good-food lover (I refrain from using the word ‘foodie’ – it’s so goddamn cliché) and since the summer, it’s been on my hit-list of things to try. As per street-food stalls, the menu is compact, so as not to overwhelm the chefs cooking dishes in a potentially demanding environment. The Gravy Train’s menu is not only inventive but inclusive too, in that it caters for vegetarians. Here’s the menu in all its poutine-y glory.

I had the Pioneer (classic poutine, chicken, mapled bacon, sour cream). I chose mushroom gravy, and at the risk of going all 50 Shades of Grey on you, silken liquid was lovingly ladled over steaming hot fries, caressing the crisp exterior until it yielded into submission.

One of the things I love about street-food stalls is that you can watch masters honing their craft. Like a pass in a restaurant, or a chef’s table where you can expect to fork out (pun intended) a mini fortune to see maestros at work, it’s all free at a street-food event. Here is my dish, what I had waited months to try. My God it was worth it. 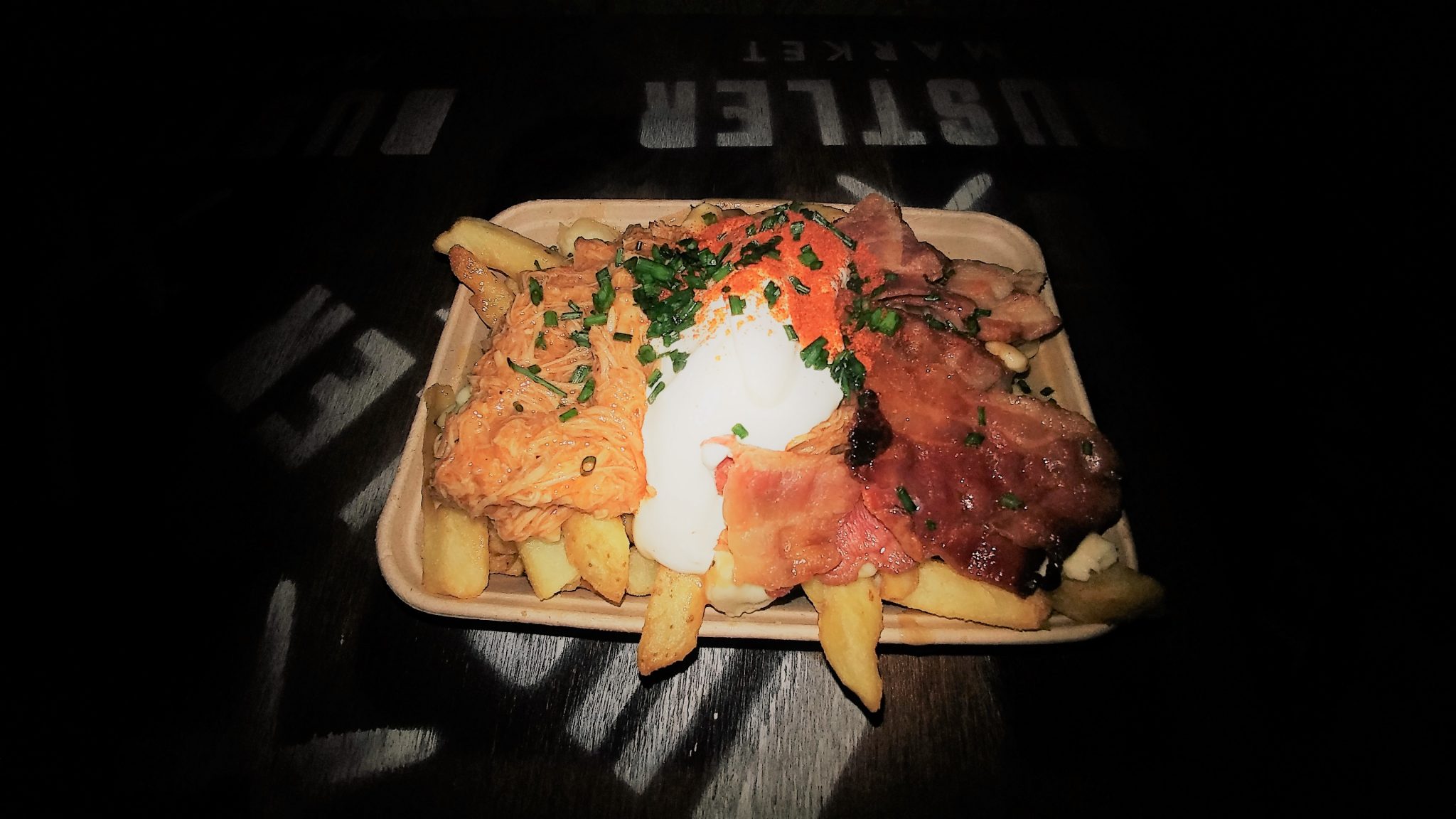 Crisp and perfectly seasoned chips, buttery BBQ chicken, bacon shards and that gravy, oh that gravy was so good, that I didn’t say a word to anyone for the entire 10 minutes it took for me to wolf down that dish. The curds are specially made for The Gravy Train by an artisan cheese maker; I found the curds to be tangy, salty, moreish and most excellent. I loved the puddles of gravy at the bottom too, rendering the chips squidgy and saturated in the gravy with a delicious hit of thyme.

The Gravy Train is one to watch, because I forsee great things for this talented outfit – who just happen to serve delicious poutine and be supercool at the same time.

The Gravy Train’s street-food stall travels the country, with regular shows at Sheffield, Manchester and Derby. I am in the middle of putting together a street-food feature, so keep your eyes peeled for that soon.

If you want more info about The Gravy Train, get social and stalk them on Twitter. (They’re worth it, honest.)