How often do you frequent the theatre? I don’t go as often as I’d like and if I had more free time, I’d definitely theatre watch (and cook) more too. This was my second theatre visit in as many months, this time to watch The Madness of George III.

It is the latest offering from the Derby Shakespeare Theatre Company, who artfully present a heavyweight play by the great Alan Bennett. Bennett’s play is an homage of sorts to Shakespeare’s King Lear and thus, has striking parallels to the Bard’s work, which also explores themes of madness and betrayal. This photo below is during rehearsal (they aren’t wearing fine garb) and I had to share as the intensity of the actors is a precursor to the play that follows. 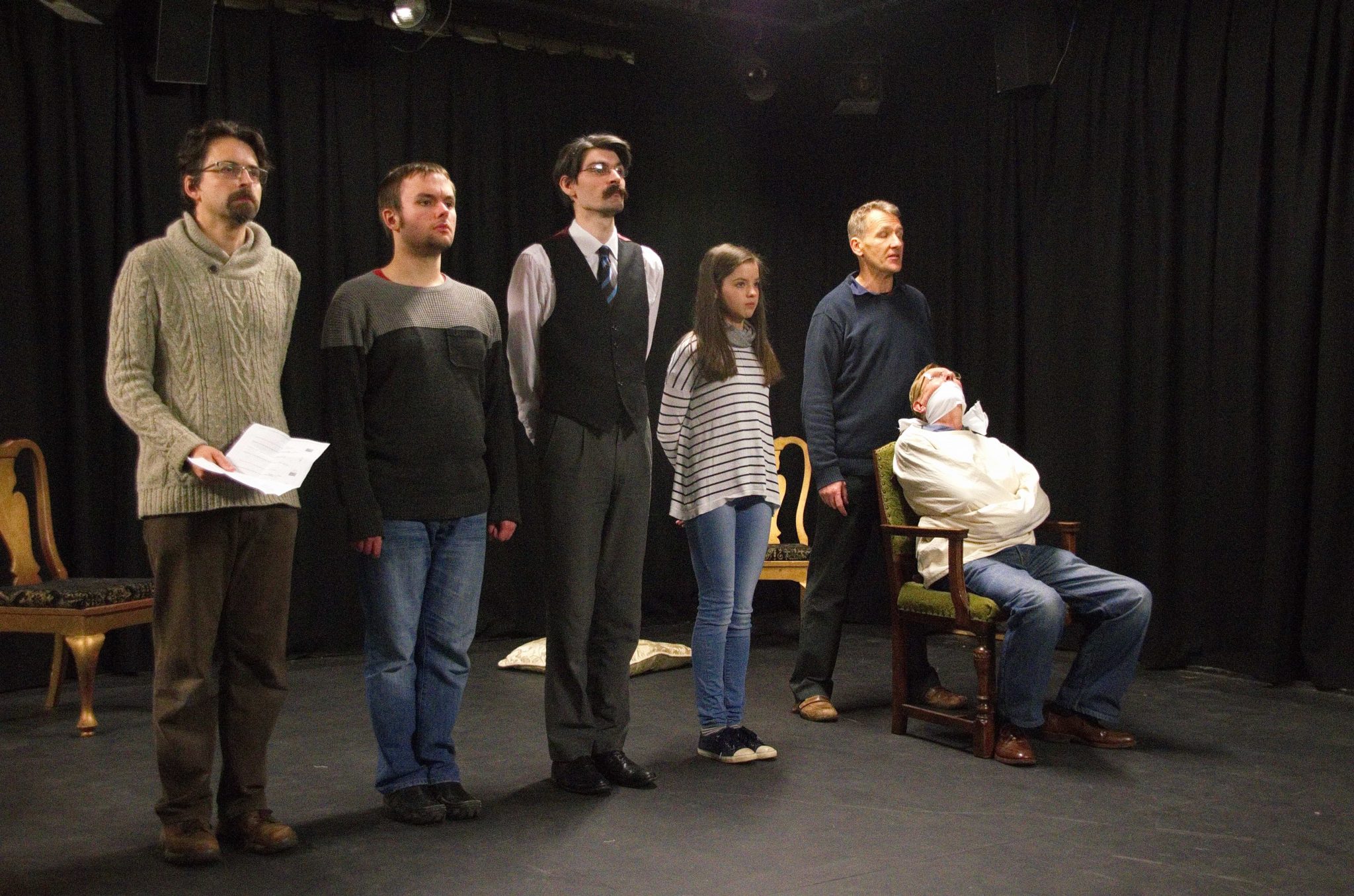 The critically acclaimed play is also a very successful film adaptation that was released in 1994, both productions that chart King George III’s descent into madness. I have read Bennett’s screenplay which is darkly comic, and the Derby Shakespeare Theatre Company’s production was faithful to the original. The play kicks off innocuously enough, as the populace gather to catch a glimpse of their beloved monarch, King George III (Gordon Gell). A foiled bomb-plot exposes the thin veneer of feigned love exhibited by his children the Prince of Wales (James Dean) and the Duke of York (Phil Hodgkiss).

As the story unfolds, true feelings flood to the fore, political machinations are uncovered, and the lean, very mean political machine is shown for the beast that it is. Based on real events that shook the foundations of Britain’s Court and Parliament, this play’s super cool twist is the transposition of the 19th century family into present day 2015, where young royals flick away on SnapChat or such like, and spin doctors review chock-a-block diaries on netbooks. The set pieces are sumptuous, and the characters compelling, from Stephanie Mee’s devoted Queen Charlotte, to Natasha Caister’s Page Boy. The direction of this play is slick and Niki Caister effectively manages to elicit stellar performances that flow as fluidly as a cask of wine on Christmas Day. Standout performances are aplenty and I must congratulate the entire cast for making this one of the best productions I have ever seen.

I cannot say enough about Gell’s haunting portrayal of the mad monarch. It is utterly compelling, thought-provoking, tear-inducing drama at its best. You couldn’t help but feel George’s angst, from helplessness to sheer frustration whilst strait-jacketed and mentally restrained, watching as his world falls apart. Lighter moments included scene-stealing Tory PM Pitt (Alan Smith) and Lord Chancellor Thurlow (Chris Scott), whose effusive and powerhouse performances had me doing my best goldfish impression as I gawked in awe at masters at work.

This is one play that I cannot recommend highly enough. Watch it once, then watch it again. Take your wife, spouse, neighbour, cousin twice removed – anyone that you want to experience the best theatrical performance of their life.

To book tickets (I beg, plead and beseech you to do this), go to this website now.