News to a self-confessed javaphile (yours truly) that a revered coffee shop chain is due to hit Manchester has me all in a caffeinated tizz.

I reckon it’s pretty neat how I’m writing about coffee, whilst actually sipping the ambrosial stuff. I first heard about Tim Hortons® (or Timmy’s as his shops are affectionately known over in Canada) last month.

With a second restaurant already underway in Glasgow, Tim Hortons® restaurants will be opening in Manchester, Cardiff and Belfast over the coming months. The openings represent the second phase of an extensive, nationwide rollout plan with details to be revealed in due course.

The expansion is expected to bring more job opportunities to each city. The new Tim Hortons® locations are currently recruiting for team members at all levels, including manager and assistant manager. Those interested in applying should email [email protected]

The first Tim Hortons® restaurant in Great Britain opened on Argyle Street in Glasgow at the start of June. The long-awaited launch was met with huge excitement, with people travelling from across the country and queuing overnight to be the first to sample the brand’s popular coffee and baked goods. 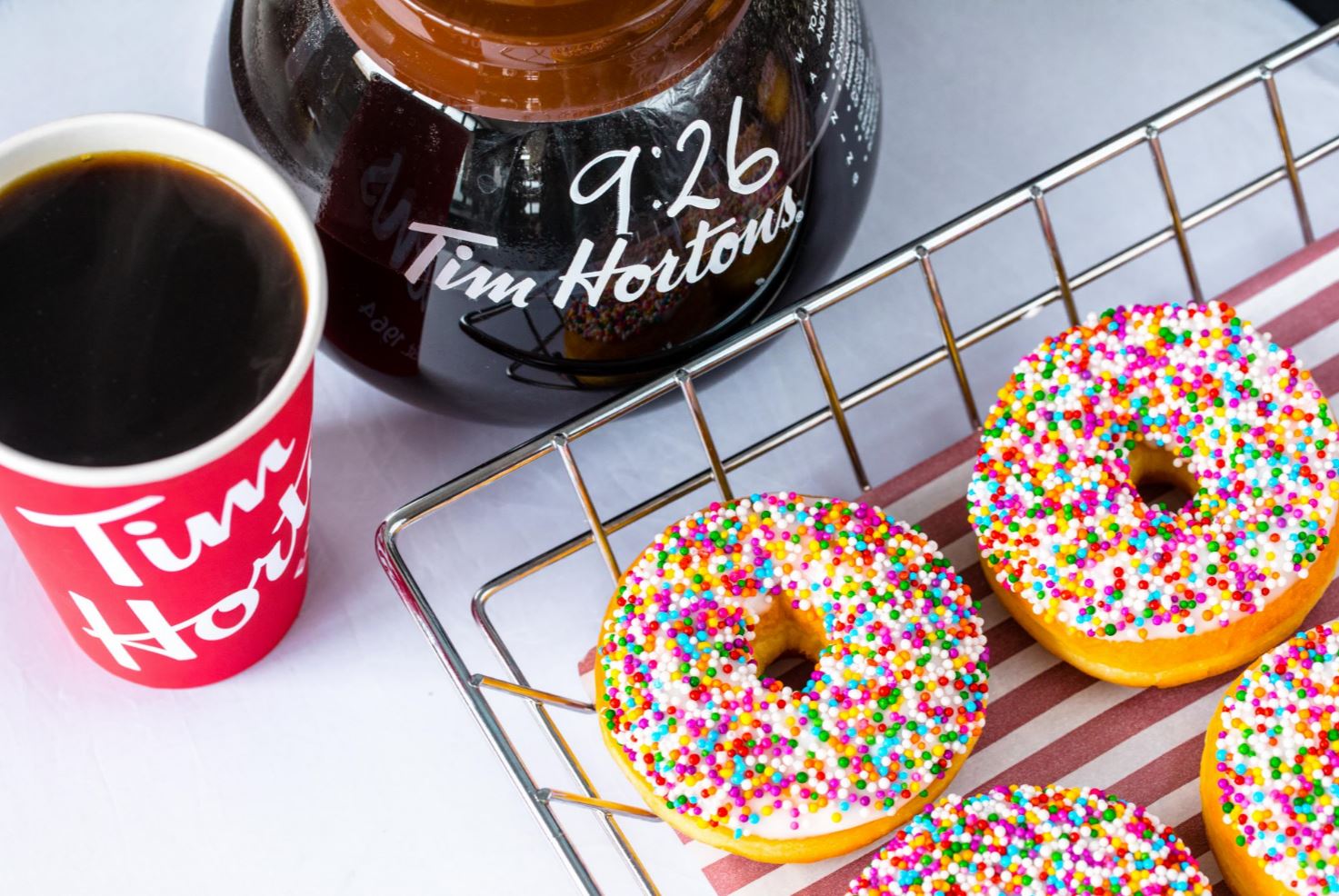 Tim Hortons® was founded by its namesake, a top professional ice hockey player, who wanted to create a space where everyone would feel at home. Now one of Canada’s most iconic brands, nearly eight out of 10 cups of coffee sold across Canada are served at Tim Hortons® and more than 5.3 million Canadians – approximately 15 per cent of the population – visit the café daily.

Kevin Hydes, Chief Finance and Commercial Officer of the Tim Hortons® franchise in Great Britain says: “We were blown away by the reception we received in Glasgow, and are delighted to announce the opening of restaurants in Cardiff, Belfast and Manchester. We know there’s a great deal of excitement out there and we can’t wait to share more details. We’re always looking for fantastic people to join the Tim Hortons® Great Britain team – get in touch if you’re interested!”